Cannes serves up a classic 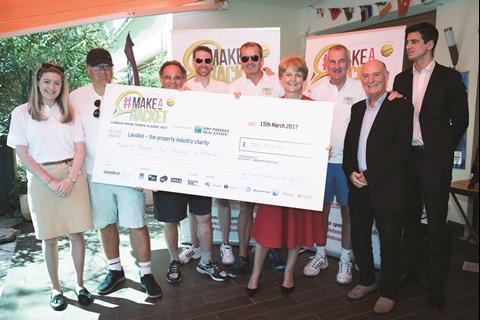 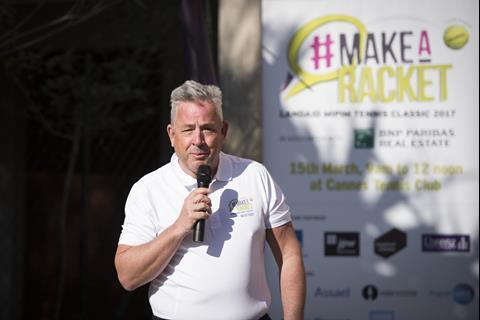 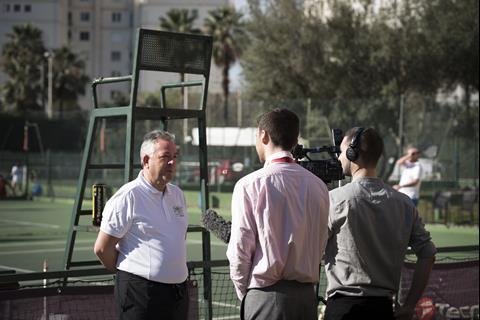 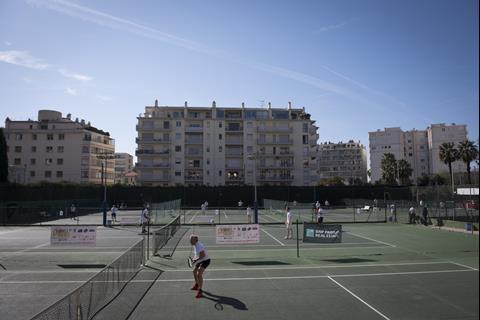 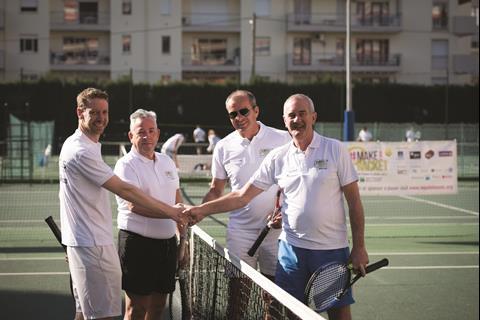 Serves up: Skinner, Noall, Lugg and Slade kick off the tournament 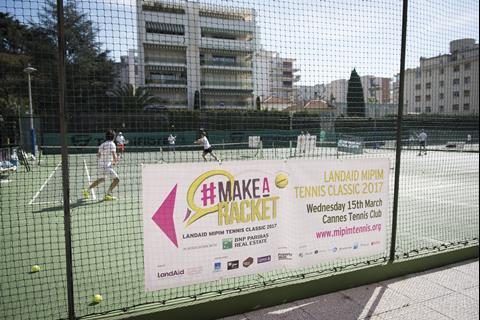 Action came thick and fast on the courts of Cannes 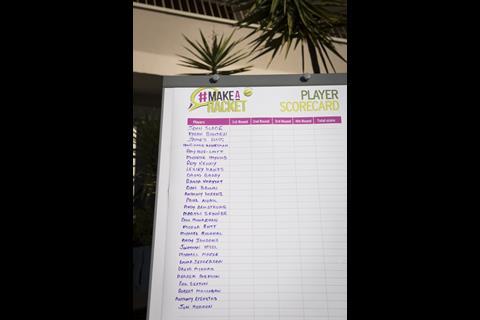 The full names of the record 28-player field 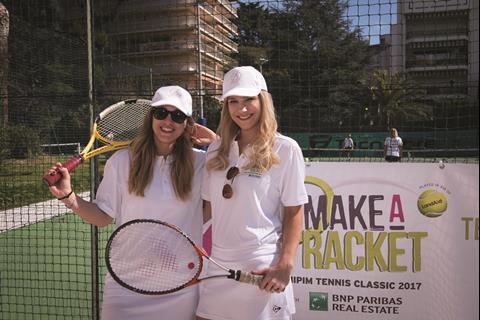 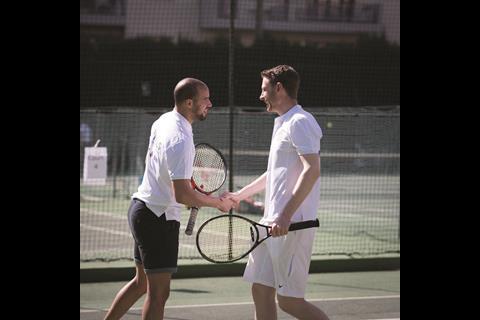 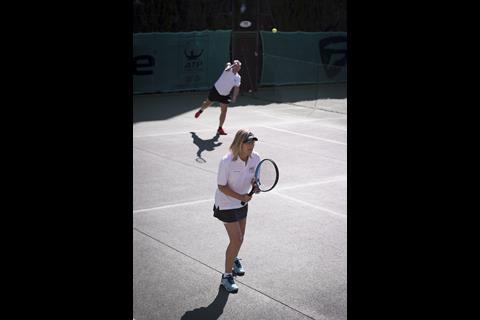 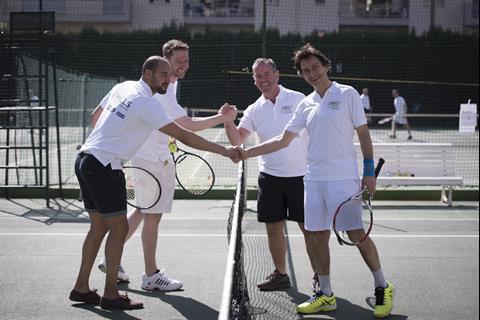 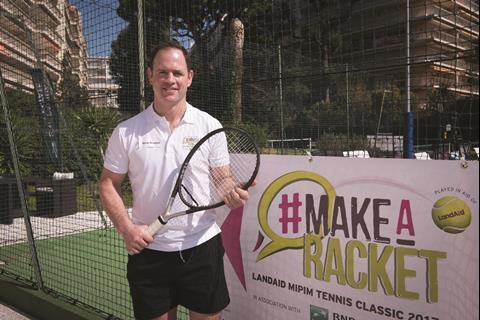 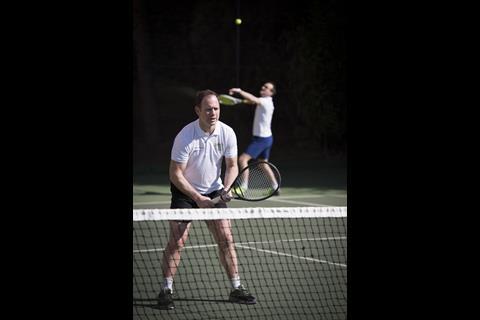 Bracken on court enroute to a semi-final spot 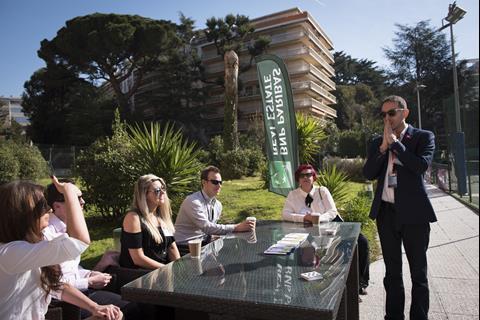 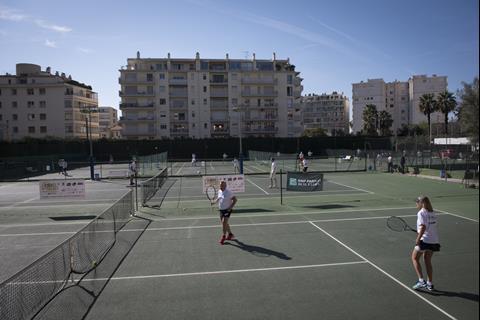 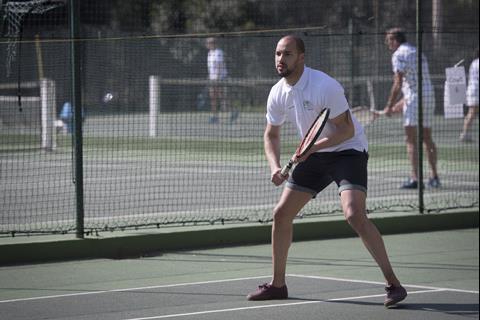 Dan with a plan: PW's Brown put in a strong showing in his Classic debut 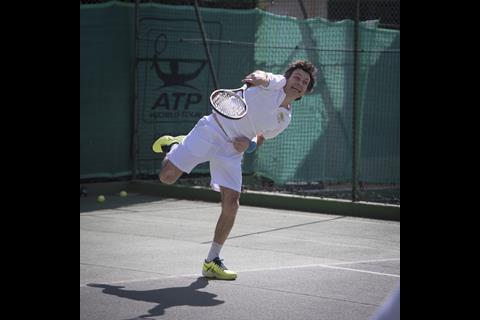 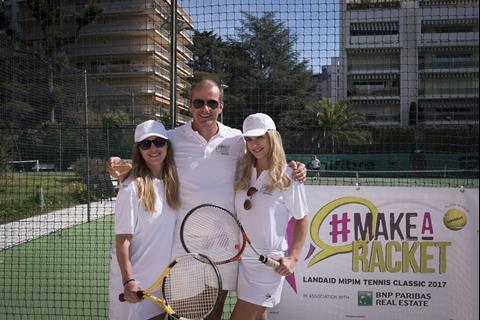 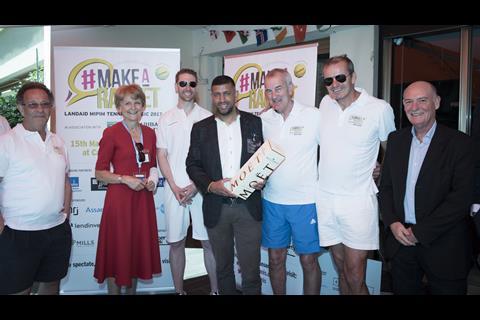 The raffle also generated a bonus of over £500, with a Magnum of champagne going towards the lucky winner, Safeer Bashir from The Longest Stay

The property sector descended on Cannes Tennis Club earlier this month for the third annual Mipim Tennis Classic in support of LandAid.

The tournament, which was won by AHMM Architects’ Paul Monaghan, raised a record amount for the property charity, comfortably surpassing its target of £20,000. John Slade, UK chief executive of headline sponsor BNP Paribas Real Estate, joked that it was “better than the French Open or Indian Wells”.

An illustrious 28-strong field included England Rugby World Cup winner Kyran Bracken, who made a quick start, winning his first doubles match 5-0 en route to accruing 17 points and a place in the semi-finals. 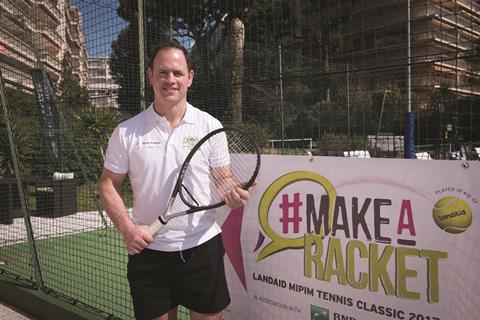 The tournament switched to a singles format for the semi-finals, with Monaghan playing against Jon Hudson of Hudsons Property and Bracken taking on Lesley Hawks, a US Tennis Association-ranked player who had been flown in especially by outdoor trampoline park operator Sky Zone.

Monaghan beat Hudson in a memorable semi-final before going head to head with pre-tournament favourite Hawks in the final.

The pair battled it out for the #MakeaRacket shield in another close game, but the day ultimately belonged to Monaghan, who put in an heroic display to be crowned champion. 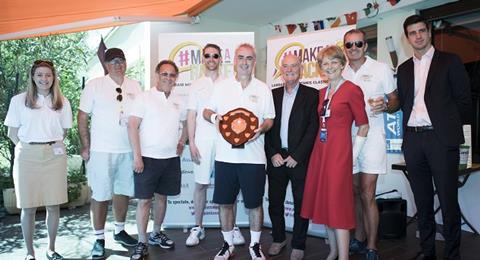 He collected the trophy from LandAid chair Liz Peace. “I think it’s really important for people who come to Mipim and spend a lot of money to think about people who haven’t got much money and think about the good the property industry can do when it gets together,” said Peace at the presentation ceremony.

The total amount raised on the day was a record £20,217. Additional funds donated after the event push the total closer towards £22,000 - a figure described as “fantastic” by LandAid chief executive Paul Morrish.

Inspired Asset Management’s Martin Skinner, who founded the Mipim Tennis Classic with James Lugg of Folio UK, Anthony Lorenz of The Lorenz Consultancy and Simon Wainwright of JPW Real Estate, said he was “extremely proud” of the amount raised.

“It’s a great cause - we’re all trying to make money in real estate and it’s good to put something back towards those who desperately need it,” he said. 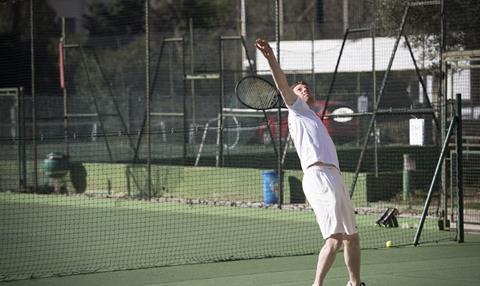 “LandAid is a phenomenally well-run and focused charity, and youth homelessness is an incredibly important cause - the more we can do the better.”

Skinner, a former winner of the Mipim Tennis Classic, added that the standard this year was “higher than ever”.

Heading up the fundraising leaderboard were Emma Jefferson from Pipers and Michelle Haywood from NLA, who together brought in £3,700, including funds raised at a pre-Mipim games night in central London.

Leading individual fundraiser Paul Noall, managing director of J Mills Contractors, was rewarded for his £1,000 contribution with the privilege of kicking off the tournament in an exhibition doubles match alongside Slade, Skinner and Lugg.

The match helped contribute an additional £1,056 of charity money for the Cannes Community Fund, collected by the city’s deputy mayor Max Artuso on the day. 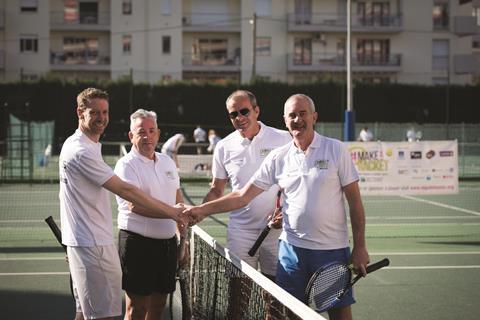 Serves up: Skinner, Noall, Lugg and Slade kick off the tournament

All in all, the tournament was great fun for the players and spectators, but as Bracken said afterwards: “It was important not to just focus on being here to interact for business, but also to raise money for charity, which is great for everybody.”

The founders have already pledged that the event will return for a fourth outing next year, with Lugg promising to make it bigger, better and “more and more successful”.