Capita Real Estate think tank: a home away from home 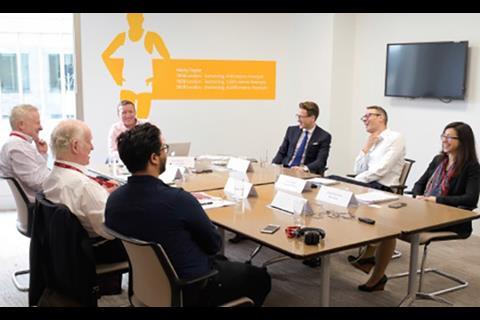 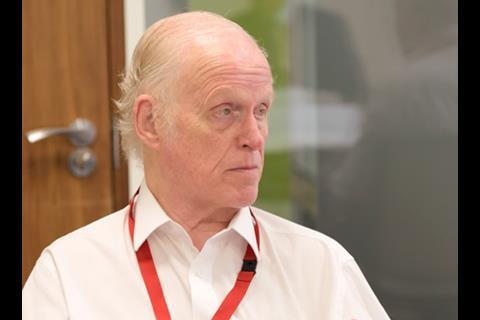 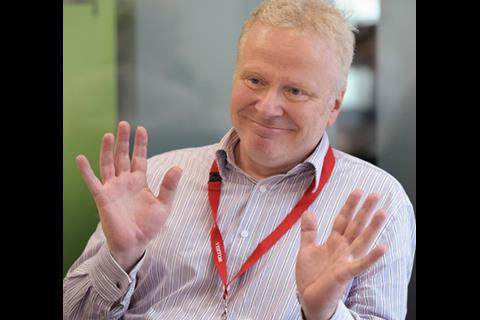 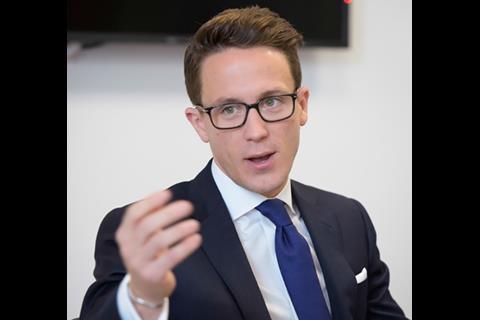 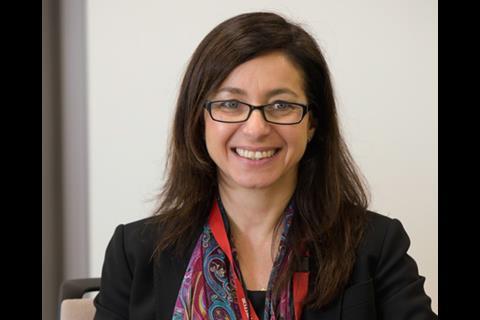 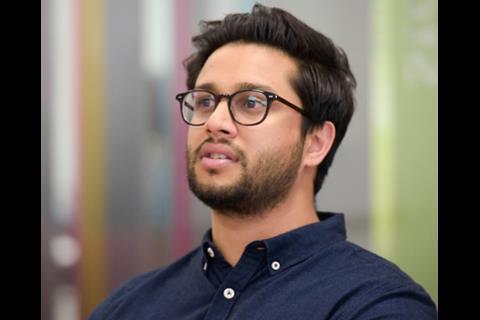 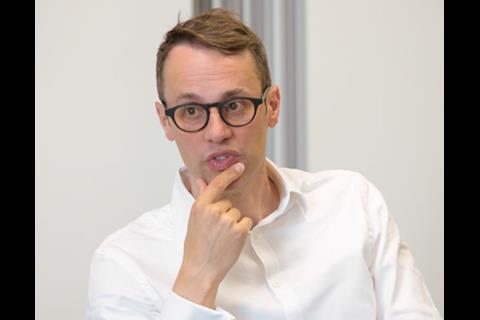 There’s been hot-desking, flexi-time, home-working and computer games. Making the office a place where staff want to be has resulted in numerous trends over the years, but has it worked? And what are the latest ideas on creating the perfect working environment?

After decades of following the latest trend, it appears that developers and employers have now struck upon a solution for creating a working environment everyone can enjoy, as well as one that creates a sense of wellbeing and a level of productivity that helps everyone in the business.

“As an employee working in a flag store green office building, designed by Jean Nouvel for Land Securities, with an excellent BREEAM rating, solar control glazing, and fully energy-efficient, low-carbon heating and cooling emissions, I fully appreciate that these biodiverse and intelligent elements enhance my health and wellbeing in the workplace,” says Del Frate. 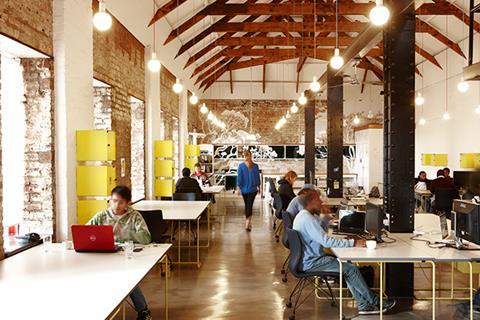 Google’s Umbono Workspace is an example of the light, funky work environments that appeal to millennials - Source: Flickr/Haldane Martin

“As a firm, we have invested a lot of time in ensuring that all our platform offices are uniform in providing a healthy working environment. There is a sustainability and architect/design team who implement these practices across the platform.”

Professor Derek Clements-Croome at the University of Reading, an expert in the workplace environment, believes that creating a healthy and productive working environment is about making one that can feed the mind and body.

“We are getting there,” he says. “We are moving towards a working environment that doesn’t merely tick health and safety boxes in legal terms, but creates an environment in which people actually want to work: one where going to the office is not something to dread, but to look forward to.”

Edward Dixon, environment manager at Land Securities, recognises that progress has been made, particularly in major cities, but notes that there remains work to do when it comes to creating healthy and pleasurable offices across all areas and sectors.

“There are lots of great shiny examples of very healthy, productive and beautiful places to work in, but the tail end of the comet is very long, and an enormous weight of the industry is waiting to catch up with this sort of thing. There’s a lot of fit-out and work to be done to make many offices centred around the occupant.”

There was a general consensus that while developers and employers were moving towards an understanding of what creates a great working environment, there was quite some way to go until this is put into practice across the board.

However, given that the industry is going in the right direction, the discussion moved on to what is expected in the office, in particular from that ‘millennial’ generation Del Frate touched on early in the discussion.

Tushar Agarwal is the co-founder and chief executive of Hubble, the flexible workspace group.

“Tailoring what you need in the office to the needs and expectations of your staff is important, but I’ve been to some of those new shiny offices that claim they are great for health and wellbeing, and they’ve got some of the most uncomfortable chairs I’ve ever seen. It’s about bringing the comforts of the home into the office: creating spaces where there’s social interaction, different areas in which to work on your laptop or mobile device.” 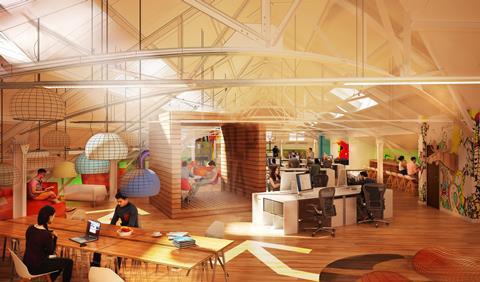 While Clements-Croome agreed with Agarwal on the point of making an office work for the specific needs of its occupants and the business using it, he was not in agreement that design did not necessarily matter now.

“Social wellbeing and connecting with people is important, but I disagree that things we design don’t affect us,” says Clements-Croome. “All the research shows that it’s a combination of things, but design is very important. What you see, what you feel, it’s about the senses,” he says. “The evidence is very strong that design is part of the whole package.”

Nick Forster, operations director at The Ethical Property Company, believes there is another aspect to a building when it comes to creating an overall sense of wellbeing among those working within it.

“As far as our tenants’ point of view, I’d agree that design does help,” says Forster. “Our tenants like the communal areas that bring in this social wellbeing aspect, and they really appreciate outside space, which most of our properties have.

“I do think views are incredibly important. But there are also the environmental factors, the stuff that isn’t seen but which helps create a ‘well’ building as opposed to a ‘sick’ building. I believe there is an unsensed effect a building can have as well,” he says. “We believe that the materials used in a building and the construction methods do make a difference to the feel of the building and how the people working in it feel about their space.”

Adrian Walters, divisional director, Design and Workplace Consultancy at Capita Real Estate, believes it is employees that are driving many of the changes to the office setting.

“Previously, where you’ve had this focus on buildings, you’ve had this flip over to the wants and needs of people,” says Walters. “You’ve effectively got an employees’ market; people are not just looking for the best jobs, but also the best environments in which to work. The focus is on people as individuals and certainly also as a collective workforce.”

So creating an office that functions for its staff and the business type is key. According to the panel, moving around and carrying out your work in different areas of an office is more likely in the future, and the days of the big PC screen on your desk could be on the way out. 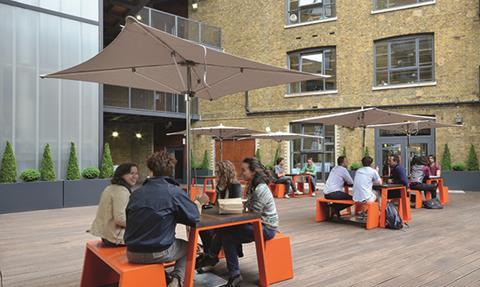 Clerkenwell Workshops - not a desktop PC in sight

Walters believes the office of the future could indeed look a great deal different.

Driven by advances in technology, we may soon be able to quite literally roll up our desk and move from device to device via internal and external cloud systems to work seamlessly in different areas of the office and home.

“We’ve got the erosion of the desk,” says Walters. “You need to design the working environment around the different ways in which people now work.”

Agarwal believes that where productivity was once measured by how long you were in the office, technology is shifting this perception.

“I worked in the finance world, and if you were one of the first to leave the office at the end of the day, you were considered to be less productive,” says Agarwal. “But as technology allows for more and more different ways of working, productivity can then be measured differently. You don’t have to be in the office 24/7 to appear productive; you can use technology to work where and how you want and the results will show.

“You have a pretty accurate minute-by-minute record of how people have worked and what they’ve produced for the business. The days of monitoring people by watching them at their desks are over. “Yes, there are more and more home comforts; people are sitting in comfy chairs, socializing, sure. But they also know they have to do the work as it’s so easily measured with modern technology.”

So, next time you’re tempted by a new employer, consider this: will you enjoy working in the building and environment that the employer is offering? Think about the way you like to work in order to be at your most productive and consider whether or not the business will be conducive to your working patterns.

If the panel is correct, it’s an employees’ market when it comes to knowledge and skills-based roles, so ensure it’s not just the pay packet and role that suits you, but also ask yourself whether that building or office will put a smile on your face in the morning.