Deliveroo riders, in their signature green-and-grey jackets, have become a fixture on the streets of UK cities – and we could soon be seeing even more of them. As people’s desire to eat restaurant-quality food at home or in the office grows, so too does the business. 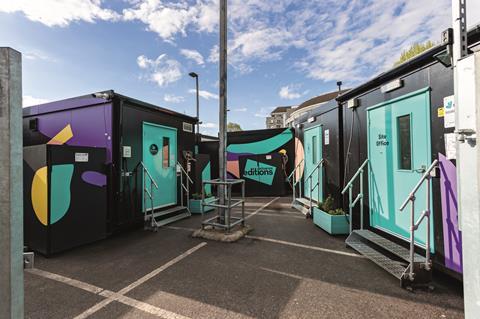 In Deliveroo’s early days, people would order food online via its website or app, a rider would turn up at the restaurant on a bicycle or moped, collect the food and deliver it. But as demand grew, so too did restaurants’ inability to service restaurant and takeaway customers simultaneously.

So came the birth of Deliveroo Editions – ‘dark kitchens’, often on light industrial sites, used for the sole purpose of preparing meals for delivery.

Property Week spoke to Deliveroo’s property acquisitions manager, Patrick Weiss, about the company’s model, its expansion drive and the struggle to find sites.

Since the first Editions site was launched in London in August 2016, nine more have opened in the capital and one each in Manchester, Birmingham, Leeds, Nottingham, Cambridge, Reading and Brighton, as well as 210 in cities in 12 countries around the world.

Weiss puts Deliveroo’s success down to its part in the shared economy. “We’ve seen how WeWork, The Office Group – all these guys – are killing it. It’s because they’re working with incredible start-ups. We’re doing the same thing but with food.”

Those start-ups need space. Editions sites vary in size from 2,000 sq ft to 6,000 sq ft and typically house five or six kitchens, each one let to a different restaurant brand.

The restaurants provide the chefs, while Deliveroo provides the equipment, power, kitchen porters and site managers and signs five- or 10-year leases on sites it aims to have up and running within 12 weeks.

The kitchens can be found on industrial sites, in Portakabins in car parks and on plots of brownfield land, providing landlords seeking planning permission for big developments with a meanwhile use, site security and rent.

Deliveroo targets cities with big populations of young professionals and students and, ideally, low restaurant coverage. But despite the company’s relative unfussiness when it comes to locations, it can be a challenge finding sites. 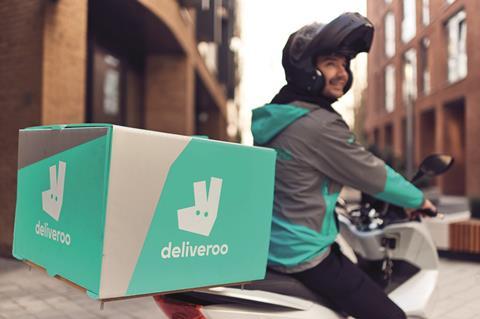 “The industrial and logistics sector is performing really strongly so a lot of options are being taken away from us,” admits Weiss. “As fast as I’m finding sites, you’ve got the big players such as Amazon and the distribution companies taking space. It wasn’t like this even five years ago. Now, that space is oversubscribed and prices are shooting up.

“I would hope to keep on expanding as much as we can in the industrial sector before prices get too inflated by the large distribution companies looking for satellite sites in cities.”

Competition for sites isn’t the only challenge. The company has been accused by councils of flouting planning rules, and residents living near the kitchens have been known to complain about food smells and the noise pollution created by its riders’ mopeds. That is why it is so keen on industrial units.

“Finding a spot on an industrial site is great for us because we start getting busy after the workers in the surrounding units have gone home – that works quite well,” says Weiss. “That’s what I’ve been homing in on – finding sites like that to avoid any further issues.”

The difficulty Deliveroo has experienced in finding sites is also forcing Weiss to broaden the company’s requirements.

“I’m desperate to do a railway arch,” he says. “They look awesome but you lose a lot of eaves height and they’re a nightmare in terms of conversion and getting the ventilation in.”

Another option may be more radical – reducing its reliance on industrial sites and looking instead to retail.

“In my opinion, retail’s on its arse so there are a lot of opportunities coming our way,” says Weiss. “We could take a 3,000 sq ft retail unit and make the frontage work for us – maybe having a click & collect option so that people can pick their food up themselves. I think it’d be a great way to regenerate the high street.”

He adds that the business is trying to be a bit more dynamic. “I’ve been pitching industrial sites for the business for three years now,” he says. “If retail is becoming more accessible for us then it’s definitely worth looking at.”

With the search on for dark kitchens in east and north-east London and in university cities across the UK, the question is whether Deliveroo will continue to grow as an industrial occupier or whether it will be forced to look to other sectors for space.