Docklands’ dozen: See the shortlist for our Meanwhile London competition 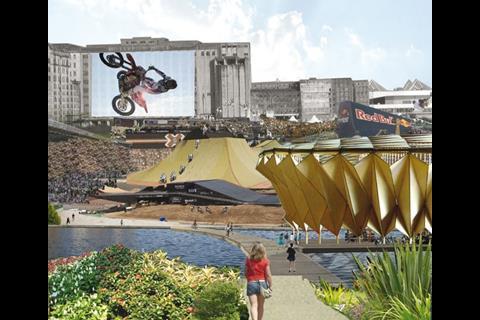 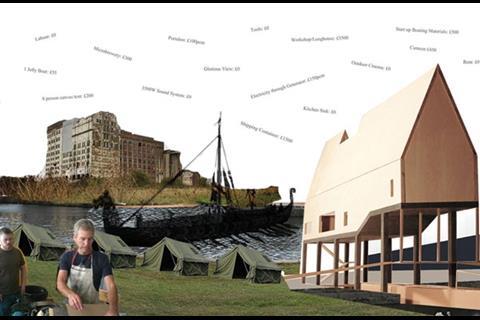 Boat Building Colony by Redundant Architects Recreation Association A “Viking long-house” would provide workshops to train participants in boat building, conveniently located next to water with a micro-brewery, a camp for volunteers and a cinema 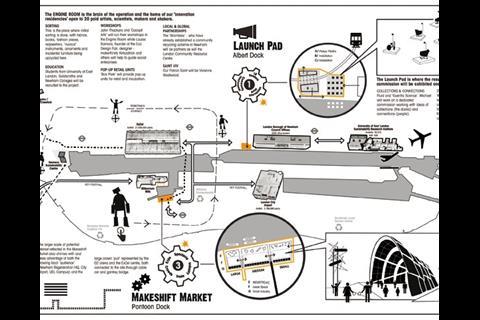 Industri[US] by Fluid Architects, John Thackara and David Barrie & Associates A proposal to use all three sites as an “engine for change” by recycling found materials and waste products such as cars, clothing, white goods and electronics to make new products. Sites would be treated as parts of a production line, related to the Royals’ drive toward sustainable technologies 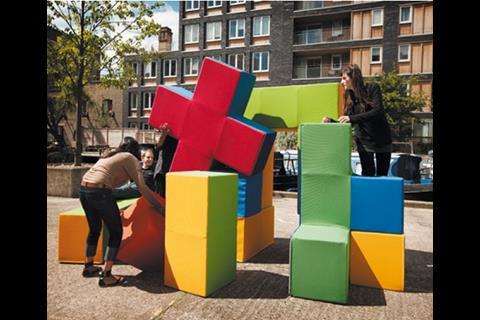 Waste of Space by Untitled Space Creating sculptures out of household waste. The art would be built by local people at a temporary studio and workspace building 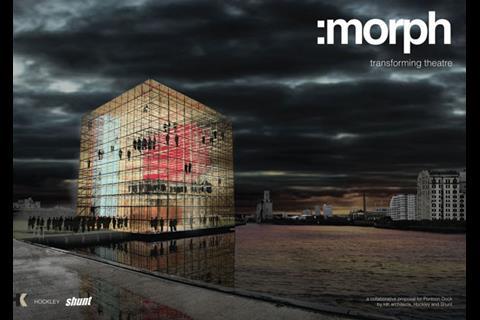 Morph by Transforming Theatre by HK Architects Hockley and Shunt  A temporary theatre that could be “radically reconfigured” by touring theatre groups, offering a dynamic showcase for new ideas over a two-year period 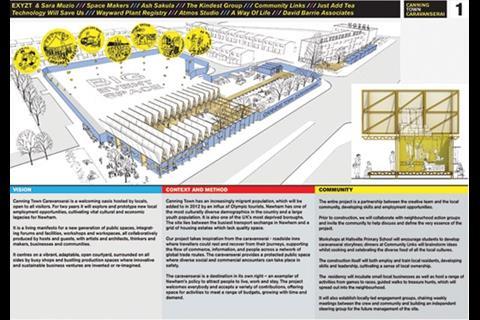 Caravanserai by EXYZT, Space Makers and Ash Sakula with a host of other contributors  “A living manifesto for a new generation of public spaces” that would centre on an adaptable public space surrounded by shops and spaces for making and selling goods. Locals would be involved in construction of the market stall-type structure 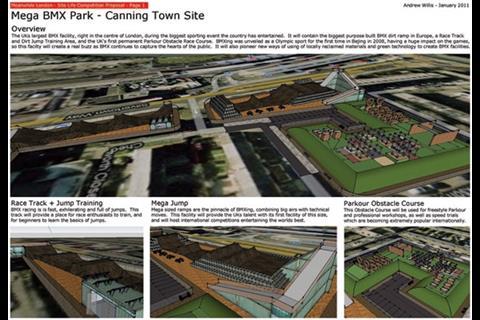 Mega BMX Park by Andrew Willis This proposal would bring the UK’s largest BMX facility and Europe’s largest BMX dirt ramp to Newham. It would include space for 1,000 spectators and be made of recycled materials using local labour in construction and including a Parkour (also known as “free-running”) obstacle course 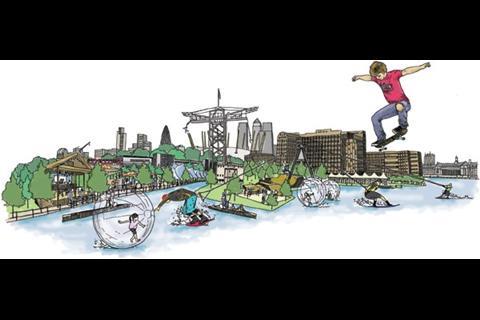 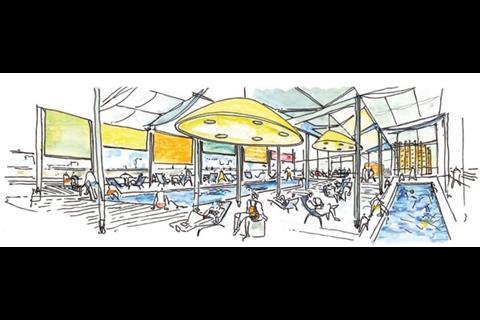 The Royal Docks Baths by Studio Egret West  A floating swimming pool in Pontoon Dock made from seven reused flat-bottomed steel boats, known as lighters. The structure would also include a cafe, restaurant and spa with openable “envelope” wall and heating to allow all-year-round use. It could even be towed elsewhere in the docks. Berlin, New York and Paris have one — why not London? 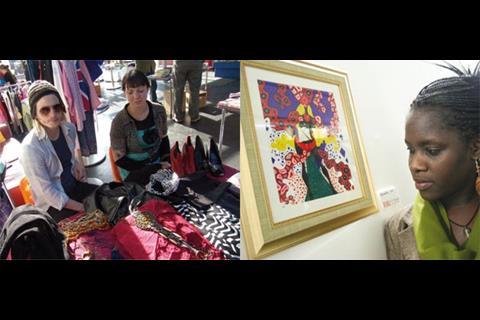 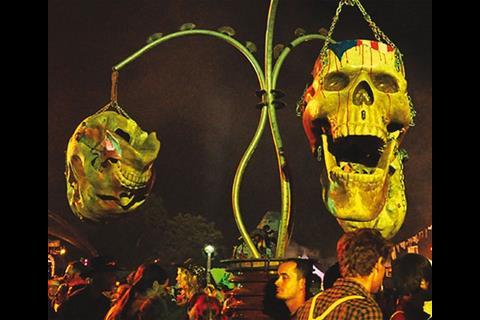 21st Century Pleasure Gardens by Strong & Co and Future Tents “A waterside festival site for events, live music and cross-cultural collaborations.” The proposal has been put forward by the producers of the Shangri-La night time area of Glastonbury. It would include a specially designed boutique hotel, venue and bar, sculpture park and gardens and a “moving feast” restaurant 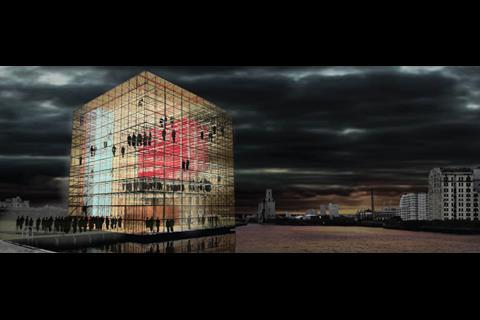 Twelve schemes have been shortlisted in Property Week’s Meanwhile London competition to find exciting and innovative temporary uses for sites in Canning Town and the Royal Docks.

The competition aims to kickstart the areas’ regeneration and animate the sites in the run-up to – and during – the London 2012 Olympic and Paralympic Games. The winner will encourage entrepreneurial activities and create jobs, reflect the green aspirations of the area, involve the community and make the areas compelling destinations for residents and visitors.

The 12 finalists include entries as diverse as a honey farm, a mega-BMX park, a floating lido, two projects for turning waste into new products and art objects, a boat-building colony and a 21st-century “pleasure garden”, by the creators of “Shangri-La” at Glastonbury festival.

There were 42 entries to Meanwhile London, which is part of Property Week’s Site Life campaign to find temporary uses for development sites that have stalled because of the recession. Meanwhile London is being run jointly with the London Borough of Newham, the mayor of London and the London Development Agency (LDA) and its Design for London team.

LDA deputy chief executive Peter Bishop says: “The ideas we have seen demonstrate the potential for this long-neglected part of London and I look forward to seeing the winning schemes helping to shape the future of the Royal Docks and Canning Town.”

“It’s an incredible response,” says Clive Dutton, Newham’s executive director of regeneration, planning and property. “The judges were spoilt for choice. Parts of the Royal Docks have been dormant since they were bombed in World War II and since the docks closed. It’s important to put some of this land to economic and community benefit while waiting for development to start.

“The ’meanwhile’ sites in this competition are so well located next to rapid transit systems that it makes total sense to bring immediate economic and community benefits to this part of London with great temporary uses that will benefit from the extra half a million people a day the 2012 games will attract to Newham.”

The £22bn regeneration of the Royal Docks and Canning Town is a priority for the mayor of Newham, Sir Robin Wales, and London mayor Boris Johnson, and the area is attracting interest. Siemens’ £30m “sustainability pavilion” will open on the Royal Victoria Dock in spring 2012 and create 250 new jobs, and Transport for London’s new cable-car link over the Thames, which will connect the O2 Arena on Greenwich Peninsula with the ExCeL Centre in the Royals, received planning permission in January.

The LDA and Newham council will now evaluate the viability of the shortlisted schemes.

All of the entries are available to view at www.propertyweek.com/meanwhilelondon