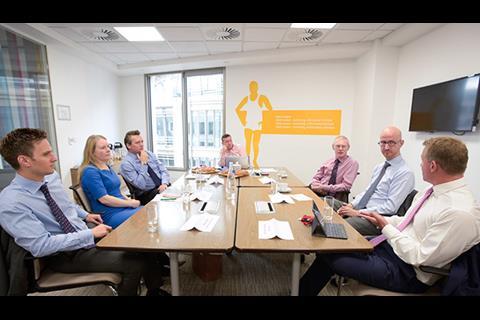 Land of opportunity: the panel discusses how the UK can best position itself to deal with Brexit 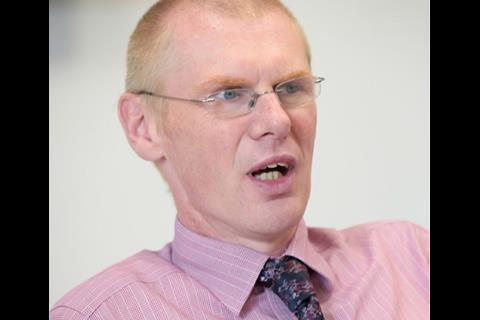 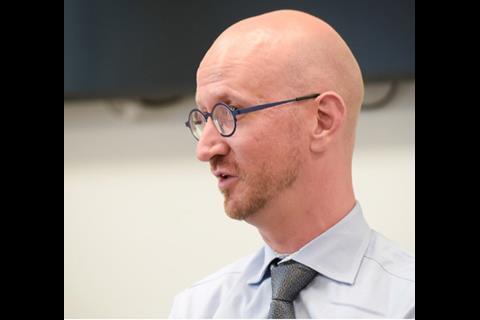 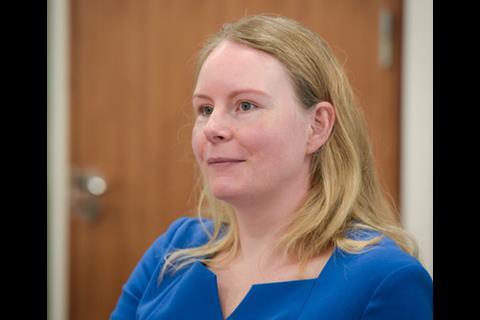 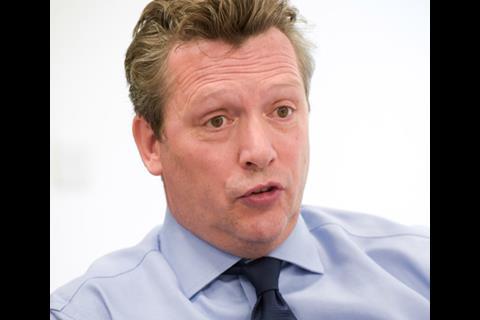 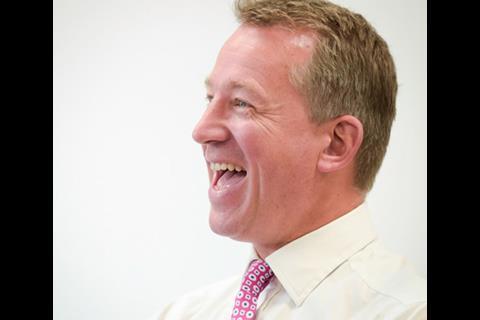 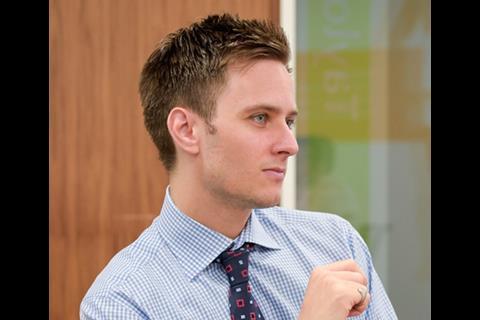 Will the UK property market be stronger or weaker out of Europe following the Brexit vote in June?

In the post-EU referendum world, much has been said and written about whether the UK will remain one of the most popular nations for property investment. We were warned of the negative impact from a vote to leave Europe, but now Brexit is upon us, has the market collapsed?

Caroline James, a senior director at CBRE Capital Advisors, believes that there may have been an immediate reaction but not a great deal has changed since the vote.

“Central London has certainly seen some of the sharpest price corrections but these were beginning to show before the Brexit vote. We had already started to see the impact of the changes in stamp duty and second homes on house prices.” 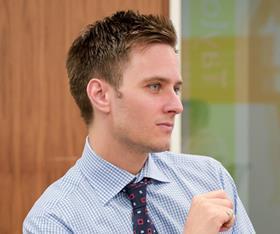 James Wright, head of real estate finance at Capita, says talk of the post-Brexit effect is somewhat premature, because while the UK has voted to leave Europe, it has not happened yet.

“I’d say we are still pre-Brexit right now, in terms of the fallout we’ve seen in the Commercial Real Estate market,” says Wright.

“That’s the result of suddenly having no prime minister, no government, no clarity on future policy and no effective opposition. That’s also why we’ve seen a swift stabilisation as the government’s been formed despite the fact that we don’t know what Brexit actually means. When we find out, the market will react again.”

Paul Guest, lead strategist for global real estate at UBS Asset Management, says Brexit has had an effect, but perhaps only to hasten events already in train.

“The initial volatility post-vote was related to uncertainty and fear,” says Guest. “This is subsiding and the focus will only shift to the long-term occupational impacts once Article 50 is declared and the negotiations are under way. There will be successive periods of instability and uncertainty but the fundamentals, both for investment and the economy, are reasonably sound. Brexit accelerated something we were already anticipating: deterioration in the UK’s investment performance to other markets which are earlier in their recovery.”

Brexit accelerated something we were already anticipating: deterioration in the UK’s investment performance to other markets which are earlier in their recovery - Paul Guest, UBS

Rob West, a partner at Clearbell Capital, believes the Brexit picture is mixed.

“With the fall in sterling, lower bond yields and flight to quality in an uncertain world, we think core pricing will be relatively robust,” he says. “Secondary assets, with more leasing and cap-ex risk, will be more vulnerable to a price correction and we’re already seeing this.

“However, 30% of US targets for our next fund are saying no to the UK. Why invest when you can wait and see? The flip side is that some experienced opportunistic US investors we have spoken to are excited by the potential dislocation. We’re also hearing the same from the Nordics.”

A definite wobble next year

Simon Marriott, head of investments & UK real estate, Valad Europe, also expects more uncertainty to come, but says the wall of money we heard about last year has not gone away.

“The Americans like the uncertainty,” claims Marriott. “We’ve got a French election coming up, a German election coming up and there’s no doubt the biggest concern is how much of a kicking the UK will get. That’s a definite wobble next year.

“But there is a wall of money coming from the States and they will continue to invest in the UK. Just the other day we had a US client saying they were looking to increase investment levels. And not from £50m to £75m. It’s more like from £50m for each investment in the UK to £150m.

“The biggest issue is there’s not the investments available right now. But when things start hitting the market, don’t be in any doubt there’s the money out there to buy them. Not just from the US, but also the Far East. We talked about that wall of money from the Far East a year or so back. That wall has got even bigger.” 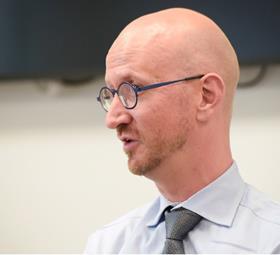 Guest agrees but says investors may have to reconsider where to invest.

“There is plenty of capital for London, and therefore plenty of competition,” he says. “Opportunistic investors are going to be forced into the regions and up the risk curve if they want to put their capital to work, or they will need to be patient and prepare for further bouts of uncertainty as the Brexit negotiations progress.

There was talk of properties from all industry sectors flooding the market post the referendum, but the panel agrees this has not really materialised.

“The retail funds had to sell just because there was a short-term redemption issue, but they cured it really quickly,” says Marriott.

West believes there are good reasons to continue to invest in the UK market.

“In a world awash with cash and very little yield, there is a story now for UK real estate investing, which wasn’t there 12 months ago. The market peaked last summer and Brexit will accelerate the correction for risk assets certainly, although core assets are likely to be pretty robust bearing in mind positive yield gap over gilts. The case for buying portfolios yielding 8%-plus, when the all-in cost of borrowing is around 3%, is also compelling for asset managers like Clearbell.

“In our own portfolio we have seen discounts on sales agreed pre-referendum range from 0% to 5% depending on level of risk. On the buy side, we’ve been able to get up to 6.5% off the price from before 23 June.” 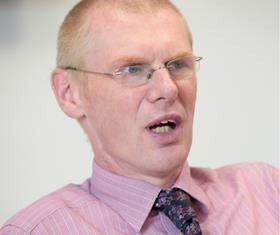 “I don’t think there should be a knee-jerk reaction to what happened with the retail funds immediately following the Brexit vote,” he says. “They fulfil a purpose. The issue for retail investors is, because of the way the market is constructed with the combination of the regulation and the way the platforms operate, the only choice they have is daily traded vehicles.

“If they had a choice, they might say they want something where in normal circumstances they can put a little bit more cash in when they want to, but they will accept there will be circumstances when they can’t take that out.

“We need to have a model where there’s more choice for retail investors, not just the daily traded model. I’m sure the industry will be looking at that.”

There has also been talk that the fall in the value of sterling following the EU vote will encourage overseas investors to the UK to snap up some bargains.

“The weaker pound will certainly encourage investing,” says West. “We are already seeing this and are in exclusivity with two Chinese investors to sell two quite different assets. One investor was looking before the Brexit vote but the other has definitely come in post-referendum to take advantage of the weaker pound and the 10-15% discount immediately available.”

Guest agrees: “Foreign investors look on the deterioration in the pound and the uncertainty in the market as a potential window of opportunity. There will indeed be opportunities, but not necessarily where and how these investors expect, particularly the higher return/higher risk investors.”

However, James has a different view.

“Impact of currency on investor appetite is certainly true for high net worth individuals, family office investors and some of the Middle East and Asian investors,” she says. “However, the bulk of institutional investors need to consider real estate opportunities on the basis of real estate fundamentals rather than attractive currency movements.”

Wright also believes the lack of clarity from government on what the UK will be asking for in its Brexit negotiations could hasten the departure of some international banks from London.

“Worryingly, Anthony Browne, the chief executive of the British Bankers’ Association, has said that banks will need to start implementing plans for relocation more than two years ahead of time, which means they will need to decide in advance of knowing whether the UK will have single market access or maintain Bank passporting rights,” Wright says.

“By default, this means they will have to leave London in the absence of certainty. Theresa May said she’s not going to provide a running commentary on Brexit negotiation, so it doesn’t look like that required certainty will be forthcoming.”

While all the panelists agreed the prime office market had peaked long before the Brexit vote, they did see opportunities for investors in other sectors. 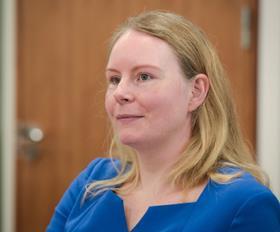 Clearbell’s West believes the logistics market is a strong draw.

“The most vulnerable leasing market to a Brexit-related slowdown looks to be the London and South-East office markets,” he says. “

So far we haven’t seen many deals abort but it is taking longer and lease flexibility is becoming an issue again. Too early to call a fall in rents but void period assumptions definitely need to be adjusted.

“In the logistics market, Brexit is unlikely to have much impact. In fact, we recently let 140,000 sq ft to Amazon in Banbury and there was never any suggestion that the deal agreed pre-referendum would be adjusted in the immediate aftermath.”

For James, the UK housing shortage offers opportunities too.

“PRS continues to be an attractive investment proposition because the UK is far behind the US and Germany in the multi-family space.”

“In the light of the low level of available return in other asset classes, does 3.5% to 4% for prime real estate look that bad, especially considering the cost and availability of finance at the moment?”

One thing everyone is agreed on is we are not living in a post-Brexit environment and, while we await the UK’s departure from the EU, we cannot know its impact.