As the old saying goes, ‘good things come to those who wait’. If that’s true, then fans of Everton FC, who first saw designs of the ‘new Goodison’ back in 1997, have every right to expect a stadium on a par with Wembley. 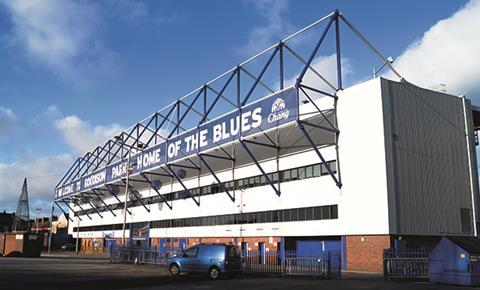 Everton FC says its 20-year-old new stadium dream has ‘never been more on track’, but does it face another rude awakening? - Source: Shutterstock/Amirraizat

That is probably a pipe dream, but now, more than two decades after plans for a stadium to replace Goodison Park were first mooted, they do seem closer than ever to getting a new stadium of some sort, either at Bramley-Moore Dock or Stonebridge Cross. As Everton’s senior press relations manager Mo Maghazachi says: “We’ve never been more on track towards our goal.”

So will 2017 be the year the dream finally becomes a reality - or are there still a few more twists and turns in the long and winding road?

It was then chairman Peter Johnson who first proposed the Toffees move to a new home back in 1996. Even then, Goodison Park was one of the oldest elite stadiums in the world at the grand age of 114. Despite having undergone renovation work in 1994, it remained held together by decades-old timber constructs and was hindered by its location, surrounded by narrow terraced streets.

However, Goodison has always been widely lauded as a classic football stadium; one of the game’s most illustrious figures, José Mourinho, even described it as one of the best in the world. So it came as no surprise that when Johnson began his search for a new home for the club he faced fierce opposition from protest group Goodison for Everton.

Johnson earmarked a site at Gillmoss along the East Lancashire Road by the M57, lodging proposals for a 60,000 all-seater stadium complex with a purpose-built rail link, conference and leisure facilities, a 200-room hotel, a multiplex cinema, 12,000 car-parking bays and space for 350 coaches.

It wasn’t to be. Johnson resigned in 1998 and the feasibility study promised for the site never saw the light of day. It was the first false start on what Maghazachi describes as a “painstaking journey”.

The torch was picked up by new chairman Bill Kenwright in 2000 as he announced plans to build a spectacular new stadium for the club on the banks of the River Mersey at King’s Dock.

The stadium was projected to cost £155m, and the total cost of the whole development was set to top £300m. Up to £30m was to come from the club, £35m from the public sector and the rest from private investors.

Kenwright told Property Week at the time: “The future of the King’s Dock site is obviously of huge importance to Liverpool as a city and the North West. Its importance to Everton FC is just as vital.”

Overcoming the reported concerns of site owner English Partnerships, Everton were named preferred bidders for the site in July 2001 with plans to incorporate 650 one-, two- and three-bedroom apartments, a multi-screen cinema complex, a family entertainment centre, a health clinic, a fitness club, a hotel, a bar, restaurants, shops and offices.

However, it proved to be another false dawn when costs under development partner Liverpool Vision spiralled to £193m for the stadium alone. A compromise was put forward by the club for a £173m project featuring just a stadium and concert venue, but with Liverpool Vision chief executive Jim Gill saying “there’s no way we just want a football stadium at King’s Dock”, Everton were forced to shelve plans once more and play on at Goodison.

In the background, Kenwright drew up alternative plans and in December 2006 unveiled a collaboration with Tesco and Knowsley Council to develop a £150m stadium in Kirkby.

The wider £400m proposal involved the purchase of a huge piece of land off Cherryfield Drive. The new 55,000-seater ground was to have four distinct stands and Tesco stood to double the size of Kirkby town centre by creating a new shopping district, based around one of the country’s biggest Tesco Extra stores on the site of All Saints high school.

We have to find answers to the uncertainties… it is the biggest decision the club will ever make - Robert Elstone, Everton FC

Yet while Tesco’s involvement helped get the plans passed by Knowsley Council by a 20-1 majority vote, it ultimately proved its downfall and the scheme was called in by the government.

One year on, then communities secretary John Denham declared that the ‘Destination Kirkby’ project would breach policies designed to prevent supermarket chains from sucking business away from town and city centres.

On what was a “dark day” for many involved with the club, Kenwright insisted the hunt for investment would go on. That hunt took in a flirtation with Walton Hall Park, which hit the rocks following a feud between Liverpool mayor Joe Anderson and Everton chief executive Robert Elstone.

Anderson responded to criticism by Elstone that the council was to blame for a lack of progress on the scheme by saying the club had failed to prove it had the £300m needed for it to happen.

The final nail in the coffin for Walton Hall Park came when Farhad Moshiri spent £87.5m to acquire a controlling interest in the club in February 2016 and become the club’s new chairman.

Spiking the “ambitious” plans at Walton Hall, Moshiri revealed that the club was working with the mayor to explore plans for a new stadium on a brownfield site. Speaking at the club’s AGM in January, Moshiri said he would “not allow the club to become a museum” and would vigorously pursue all options for a new site.

This message was reinforced by Elstone, who said at the AGM: “We have looked at planning and transport issues for two sites. One site is more favourable. The opportunities are much greater at that site but so are the costs.”

Elstone acknowledged the challenges ahead. “We have to find answers to some of the uncertainties and risks because it is the biggest decision the club will ever make,” he said.

That brings us to the current position. At present, Bramley-Moore Dock appears to be the front-runner.

Ian Pollitt, assistant project director for the Liverpool Waters development, was pictured at Bramley-Moore Dock in October when Moshiri and Kenwright visited the site.

He says: “We are in discussions with the people at Everton. It’s been ongoing. It would be good to see it in our development, but if it didn’t happen we’re quite confident we can progress without them.”

With so many broken promises in the 20 years since a new stadium was first mooted, it’s no surprise that all those close to the potential deal are remaining tight-lipped at this stage.

Whether there is more to say come the end of season remains to be seen. Given the history, it will be as easy to predict as Everton ending the 2015-16 Premier League season 34 points behind champions Leicester City.