Get on your bike: World’s Biggest Property Bike Ride 2017

Motorists beware - the finest cyclists in the property industry are set to descend on Surrey in their droves on 22 June for the annual CBRE UK Charity Bike Ride. And this year the event is expected to be bigger and better than ever, with a new course and a record field of riders. 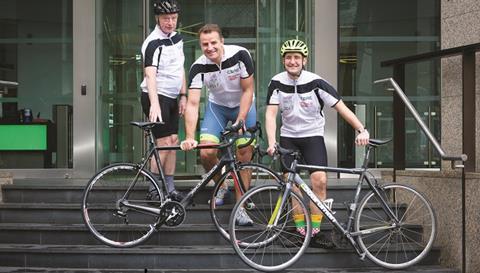 The popularity of the event, which is in its fourth year, has seen it outgrow its former home at Denbies Wine Estate in Dorking. As a result, this year’s race will depart from Sandown Park, in Esher, with riders taking on one of two new 50km and 100km routes. 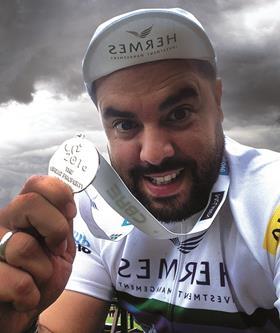 Despite the dreary conditions, 930 riders tackled the course in 2016, including Property Week’s very own 25km race winner Damien St George. This time around CBRE is targeting a record 1,000-strong field.

While the 100km race attracts some riders that could give Chris Froome a run for his money, CBRE UK managing director Ciaran Bird is keen to encourage all-comers to take part in the event.

“The annual charity bike ride is without doubt one of the centrepiece events here at CBRE,” he says. “A lot of attention is focused on the 100km course, but it’s a great day out for the entire family and riders of all levels are encouraged to participate.”

The new course still takes in the iconic Box Hill, but it adds some daunting new challenges such as the brilliantly named ‘Whitey Death’ and ‘Shere Madness’.

As well as acting as media partner, Team PW will be out in force on the course helping to raise funds to support the work of homelessness charity Shelter.

Francesca*, a working mother from south London, gave birth to her baby son, Malachi while she was living in a hostel.  With help from Shelter advisers, she was able to leave the hostel and create a better future for her children.

Speaking about her experiences, Francesca* said: “I lived in one room in a hostel from July 2014 until January 2015, with my 11-year-old daughter Cleo. My son Malachi was born while we were living there. We moved in when my mum’s house got too crowded and even though I continued to work as a student support adviser at a university, my lifestyle went downhill when we moved into the hostel.

“When you’re in a hostel it doesn’t feel like you’ve got a future, you can’t look ahead. As soon as I got this place I could start planning. Even silly things like your diet, you feel like you need to get healthy, and you can exercise.

“When you’re in a hostel you don’t think of anything like that, as you can’t see a way out. It’s like being in a big black hole and there’s no light. Now I can see a light.

“Shelter put me in touch with several journalists when I was in the hostel. I was happy to share my story so that other people know there is help out there. It was good to show that homelessness happens to working people, it really can happen to anyone.

“Without Shelter I’d probably still be in that hostel now. Shelter’s made a really big difference to me.

With support and advice from Shelter, Kimberly* and her family were able to get help from the council when they were made homeless.

Speaking about her experiences, Kimberly* said: “We were living in a privately rented 2-bed ground-floor flat near High Wycombe. We had been there 2 years, which was as long as we’d been in anywhere for a while - then we had an email from the landlord saying that they were selling.

“We went to the council and they told us to find another place ourselves. We tried so many estate agents but the moment that you say you have housing support of any kind they run a mile. Two days before the bailiffs arrived, in December 2015, we got an email from the council with address details for a flat in a hostel but it was a tiny space for us.

“We spent last Christmas in the hostel then in September we were told we could move into a housing association flat, which would be our permanent home.

“The experience of being homeless was soul destroying and it was the worst thing that I’ve ever experienced. I spoke to Shelter after every stage. The process is so long and so confusing that you really need that advice.

“That’s what Shelter do, they help people get confidence.”

* Real names have been changed

Last year’s bike ride raised more than £40,000 for the charity bringing the total amount raised by the event to more than £80,000. Bird says that CBRE is “fully committed” to reaching and hopefully surpassing last year’s total.

“We are delighted to be partnering with Shelter for a third consecutive year,” he says.

“This partnership is especially important to CBRE and its employees, and is a powerful example of how the property sector can make a huge difference, particularly for those who cannot access decent, good-quality housing - something our industry has an important role to help change.” 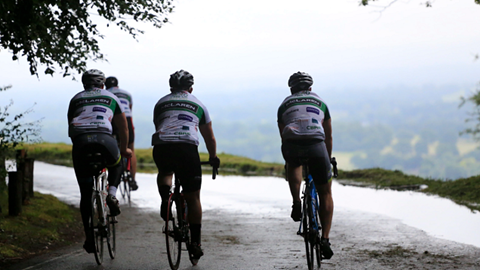 Graeme Brown, interim chief executive of Shelter, adds that the event is incredibly important to the charity.

“We hugely appreciate the hard yards CBRE staff will be putting in on their bikes for Shelter,” says Brown. “All money raised will go towards the fight against bad housing and homelessness, and will help make sure even more people have a place to call home.”