The transformation of the Guinness Storehouse turned a derelict building into one of Europe’s top visitor attractions. 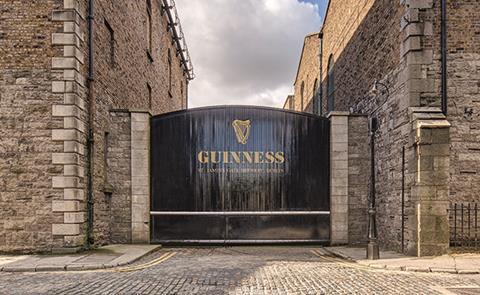 It isn’t often that a beverage brand decides to frame an advertising campaign around a lease. But that is exactly what Guinness decided to do in the latest in its string of highly acclaimed television ads. 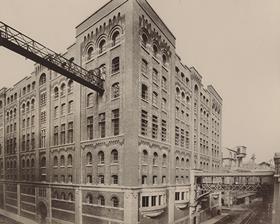 The multi-storey, steel-framed storehouse was pioneering for its time and a triumph of Victorian industrial architecture

Today, that original lease takes pride of place in a glass-covered cavern in the heart of the Guinness Storehouse visitor attraction for all to see.

The Storehouse has a long and colourful history. It was the UK and Ireland’s first ‘skyscraper’ when it opened in 1906 and after producing millions of barrels of the black stuff, it was transformed into one of the most successful visitor attractions in Europe.

The building was conceived when the brewer needed to expand its operations in the late 19th century. After struggling to find more space, the decision was made to build a multi-storey, steel-framed storehouse that was pioneering for its time.

The result was a triumph of Victorian industrial architecture and the building went on to house a fermentation plant for 81 years from 1906 to 1988.

First of its kind

The Storehouse is credited to Guinness chief engineer AH Hignett, who chose to design the building in the style of the Chicago School of Architecture.

Born of a fatal fire in the Midwest city that saw many of its wooden-framed buildings burn to the ground, it was a style that made use of more resilient construction materials and Guinness claims the Storehouse was the first building of its kind in the British Isles.

However, by the late 1980s, modern brewing methods prompted a move to a new site and the Storehouse was abandoned and left idle for more than a decade. “It was poignant,” says Guinness archive manager Eibhlin Colgan. 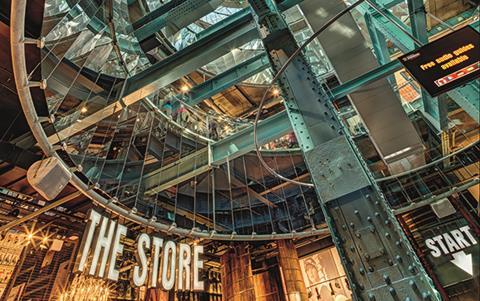 “The key was turned one day and this grand building was, at a stroke, mothballed. There was still beer running in the pipes when the machines stopped.”

The derelict Storehouse was thrown a lifeline in the 1990s, however, when Guinness executives began working on ‘Project Jupiter’, an ambitious plan to create a new ‘Home of Guinness’ after it became clear that the original visitor attraction, the Guinness Hopstore on Crane Street, had outgrown its premises.

After a competitive tender, Dublin-based architecture firm RKD and London creative agency Imagination conceived the Guinness Storehouse - a six-level attraction with an interior shaped like a giant pint glass.

‘Made of More’ sculpture

The transformation of the building was done sensitively. The interior structure and most of the original fixtures were retained, including the tiles and the steel skeleton engineered by William Arrow, who also designed London’s Tower Bridge and the Firth of Forth Bridge and whose steelwork was used in the construction of the Titanic.

“There was a temptation to sterilise the building but a decision was made to keep it as intact as possible,” explains Colgan. “The fabric of the original building was kept in its raw state - the Storehouse was designed to be authentic.”

Indeed, when it reopened in 2000, the only addition to the building was the Gravity Bar, the glass-clad, disc-shaped structure that sits proudly atop the original building and offers 360-degree views over Dublin. 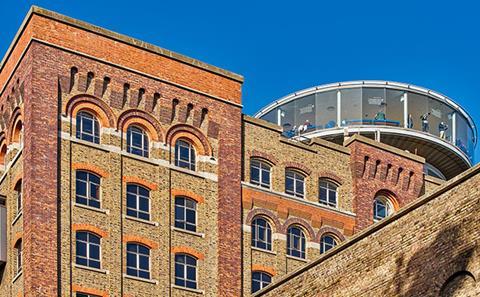 The Gravity Bar - the glass-clad, disc-shaped structure that sits proudly atop the original building - offers 360-degree views over Dublin

It is the jewel in the Storehouse crown and David Browne of RKD Architects says the interplay between the old and the new was important in creating the ‘wow factor’ and breathing life into the building.

When the Storehouse was initially conceived, it was designed to accommodate one million visitors per year. But as visitor numbers have increased - 1.6 million people now visit every year - so too has the space needed to accommodate them. Many of the back-of-house areas have been opened to the public and there is now little room for expansion.

Fortunately, the Storehouse was redesigned with longevity in mind and Guinness anticipates that it will continue to hold the mantle as Ireland’s most visited attraction for many years, even decades, to come. Colgan describes it as one of the finest examples of the reuse of a building.

Others agree - the Storehouse was named one of Europe’s leading visitor attractions at the World Travel Awards in 2015, beating off the likes of Buckingham Palace and the Eiffel Tower.

The search for a sustainable use for the Storehouse may have taken some time, but as the Guinness slogan goes: good things come to those who wait.