Think of overseas investment into UK hotels, and the first thing that tends to come to mind is Middle Eastern sovereign wealth buying up trophy Park Lane properties - but that trend is now changing. 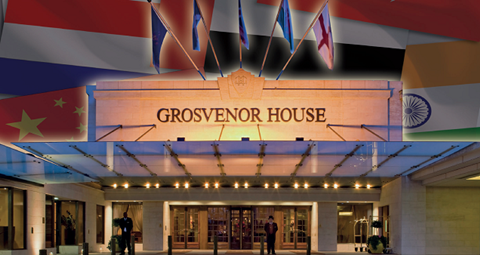 A fair amount of that still goes on - but the investor pool has been widening in recent years, as the promise of consistent returns and relatively low risk compared with other property asset classes proves increasingly attractive.

And the UK’s decision to leave the European Union could actually increase investment demand further, as the weakness of the pound sparks an overseas tourism boom, boosting hotel revenues and profits. Couple that with the fact that the UK hotel market is characterised by limited stock and high demand, particularly in prime locations, and it seems clear the scramble for hotel assets is likely to continue. But will overseas investors be willing to diversify beyond prime locations - and what might they want to buy?

It used to be that the main source of overseas investment capital by some distance was the Middle East. But this year, investment has come from the US, China and a small set of investors from Europe. More prominently, Asian investors have entered the fray, with particular interest coming from China, Singapore and Hong Kong.

“There’s been a pattern: first, a lot of Middle Eastern investors started looking at trophy hotels, but Asians have been more and more active in the last two or three years,” says George Burrha, real estate partner at law firm King & Wood Mallesons. 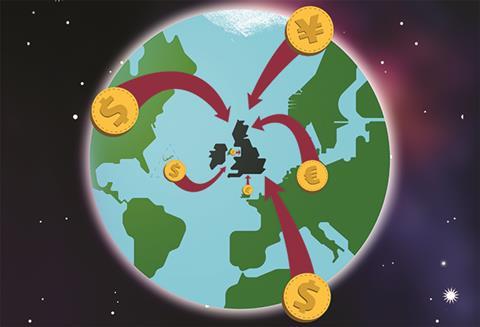 While Middle Eastern money is associated with the prime end of the market, Peter Norman, senior vice-president of acquisitions and development at US hotel developer and operator Hyatt, says Asian capital tends to “go deeper into mid-market”.

According to Savills, Asia Pacific buyers have been the most active overseas investors in hotels this year - particularly following the EU referendum - accounting for 30% (£244.8m) of overseas transaction volumes through to September.

The early part of the year saw a handful of medium-sized overseas investment deals, such as the purchase of the 361-bed Hilton Wembley by UAE’s Al Habtoor Group for around £95m. Data shows that investment volumes by overseas buyers totalled £536.1m across nine deals in H1 2016. But of this, £350m was attributed to a single deal: The Hinduja Group and OHL Developments’ purchase of the former War Office as a development opportunity.

Although, as of June 2016, the number of deals done was on par with that seen at the same point in 2015 at 113, the total value of transactions has fallen sharply. In the first nine months of 2016, investment in UK hotels totalled £3.1bn and volumes over the year are unlikely to match last year’s full-year total of £8.1bn - a nine-year high.

But total investment may not be far off 2014’s £6.1bn by the end of the year. The market is hoping for a flurry of transactions in the final quarter, as vendors try to get deals across the line before year end and investors are attracted by the weak pound.

Initial evidence suggests that the number of interested parties has increased significantly. In the third quarter alone, there were 10 deals by overseas investors totalling £267.8m. With the notable exception of L&G’s purchase of the Hub by Premier Inn at King’s Cross, virtually all of the large deals that have completed after June’s Brexit vote have involved an overseas buyer. 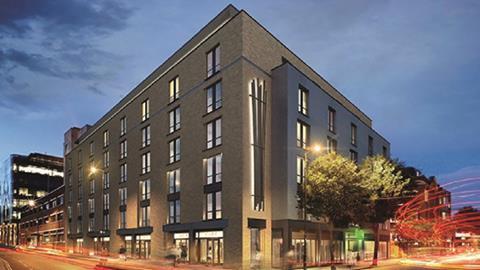 China’s Junson Capital made its first move into the UK market in September, purchasing the Doubletree by Hilton hotel in London’s Docklands for around £80m from HIG Capital. And Hong Kong’s Magnificent Real Estate acquired a Travelodge in London’s King’s Cross, from Henderson Global Investors, for £70m just a month after the Brexit vote.

Rob Seabrook, head of UK brokerage at CBRE Hotels, says the Magnificient deal came after a long search by the investor that was prolonged by a lack of opportunities in London. “Magnificent were looking for a long-term hold: they had been looking to buy a hotel in London for three years,” he says.

One section of the overseas investment market which has spiked since the EU referendum is private investors. “Private money has increased, particularly among Middle Eastern and Asian markets,” says Anderson. “I had a conversation with an adviser for a Saudi Arabian individual who was very keen for London and for a Whitbread lease specifically.”

He says the sweet spot for such investors is between £15m and £30m, with London top of the list. Institutions are being a bit more conservative and standing back, so private wealth is taking advantage of that, says Burrha. “There are a lot of big deals happening in the city at the moment, many with private Asian investors.”

Traditionally, little overseas money has been spent in the regions, according to John Brennan, chief executive of Amaris Hospitality.

“In the provinces it is primarily domestic, possibly larger-scale domestic investors with multiple assets, as well as smaller buyers making their first forays,” he says. However, there have been notable exceptions, which suggest that investors might be starting to spread their wings. In August 2015, Goldman Sachs and TPG Special Situations Partners sold hotel owner and operation company Kew Green Hotels to Hong Kong’s HK CTS Metropark Hotels for an estimated £400m.

“Kew Green was a national deal and I’d say that was probably unusual,” says Burrha, adding that funds in particular will stick to the perceived safety of the capital. “I haven’t heard of many deals outside of London but when they do happen the hotels will usually be part of
a portfolio or located in the centre of a major city.” 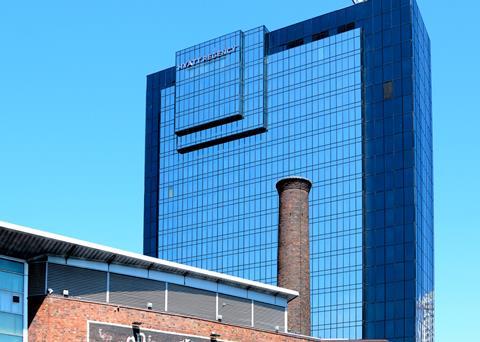 The latter theory was borne out in September, when Hyatt’s Regency Hotel in central Birmingham was acquired by the United Arab Emirates’ Al Otaiba Group for £38.6m.So where might be next?

“Regionally, investors’ first choice will be any city that has both a leisure and business stronghold, so that can include places such as Portsmouth and Southampton,” says Max Thorne, managing director and serviced apartment specialist at JLL. “But if it is aimed just at business travellers, it needs to be London, Edinburgh or Manchester.”

The biggest deal of the year - if it happens - will be the sale of the Grosvenor House Hotel on Park Lane, which is being offered as a package with two New York hotels for a reported £1bn by its owners, India’s Sahara Group.

A member of the Saudi royal family and the Qatar Investment Authority have both been linked with the deal, but with the debt on the asset owned by the Reuben Brothers and several technical hurdles to overcome, a sale could be tricky to negotiate. “A couple of Middle Eastern groups have looked at it, but the problem was that it is leasehold and has a complicated operating structure,” Seabrook explains.

Looking forward, the lack of opportunities and limited development pipeline could prove a hurdle for investors keen to get a foothold in the UK. As Magnificent’s three-year wait illustrates, demand for hotel assets already far outstrips supply - and that may dampen the investment market, along with concerns from overseas investors about buying at the top of the market.

As one of the UK’s largest developers of hotels, Whitbread is a good bellwether for the industry. Although Anderson says its development plans for 2017 are the same as 2016 - to develop 35 hotels - he says Britain’s decision to leave the EU has thrown up uncertainty. 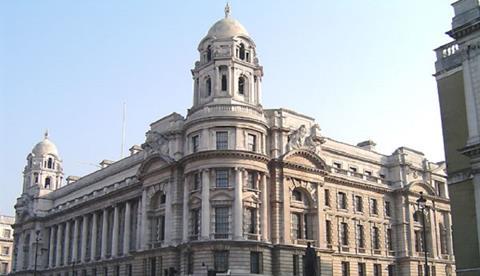 “We’re doing a lot of our own construction in the UK, and importing quite a lot of materials, so we’re waiting anxiously to see what happens to the costs of those,” he says.

However, it could also be an opportunity for overseas developers to step in and deliver their own projects. In a telling sign of the different sentiments between UK and overseas companies, Hong Kong and Shanghai Hotels bought out Grosvenor’s 50% stake in the Peninsula London hotel development next to Hyde Park in September at a cost of £107.5m.

With such high levels of demand, it seems unlikely that overseas investors will be put off the UK market - and Brexit may even drive further interest. Now it is over to developers to build the supply to match the demand.