Liverpool metro mayor: a man on Mersey’s side

When former Labour MP Steve Rotheram was elected as the first metro mayor of the Liverpool city region in May with a huge 59% of the vote, he said he wanted the city to “punch above its weight”. 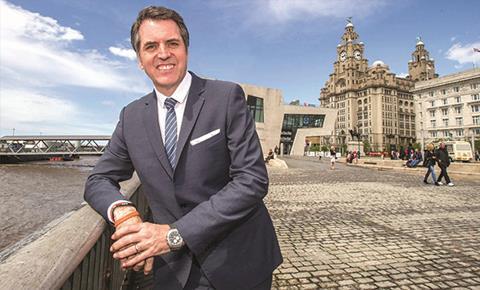 Given that the city has lagged behind its nearest neighbour Manchester and other regional cities in terms of economic growth, it is a noble aspiration.

So what exactly are his plans, and will he prove to be friend or foe to the property industry?

Prior to becoming metro mayor, Rotheram was the Labour MP for Liverpool Walton for seven years. Before that, he spent a year as lord mayor of Liverpool, during which he enjoyed an unusually high profile considering the largely ceremonial nature of the role.

By contrast, Rotheram has maintained a low-key public presence since taking up his latest post. This is perhaps unsurprising given the terror attack in Manchester just over two weeks into his term - at a concert attended by his two daughters.

However, in recent weeks he has met with key property players in the region and attended industry events, which has gone down well. Geoff White, the RICS policy manager for the north and the Midlands, says that a lot of Rotheram’s campaign promises tally with the industry’s aims.

“The built environment sector will welcome Rotheram’s election manifesto, which includes a wide range of positive ideas and pledges across housing, transport and digital infrastructure, business support, physical regeneration and education and skills,” he says.

Andy Delaney, director of development consulting and agency at Colliers International in Liverpool, adds that “he comes from our background”, noting Rotheram’s early days as a bricklayer.

There is one aspect of his CV that has proved controversial, though. Rotheram was once Jeremy Corbyn’s parliamentary private secretary and this has led some to question whether his attitude towards the business community would reflect hard-left leanings.

“The last thing we want is to go back to the Derek Hatton era,” says Delaney, referring to the socialist deputy leader of Liverpool council in the 1980s, who was ultimately expelled from the Labour Party. “But the fact he is close to [Manchester metro mayor] Andy Burnham - and, by all accounts, voted for him in the Labour leadership election - is good.”

There are other good omens, not least his interest in improving the city’s infrastructure. “He is definitely focused on infrastructure, which from our perspective is good because it is an enabler for the economy,” says Steve Gillingham, director of the north at Mace and a member of the Northern Powerhouse Partnership.

Rotheram wants to take full advantage of Liverpool’s maritime connections, which are arguably its greatest asset. One of his more ambitious proposals is to build a £3.5bn tidal barrage across the Mersey to generate clean energy for the region and create jobs. 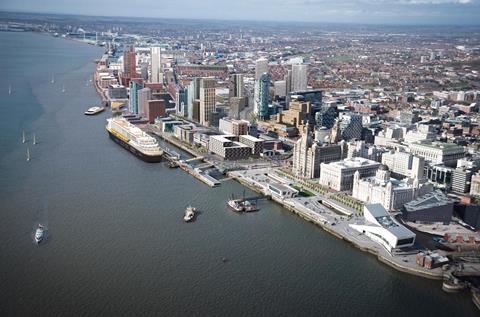 Liverpool’s waterfront is one of its greatest assets

He also wants to push the Superport - the proposed £1bn integrated network of logistics assets and expertise around the Liverpool2 container terminal at the Port of Liverpool, which proponents say would give global businesses easier access to the north.

“He has seen that in the post-Brexit era we have got to have an outward focus when it comes to trade - the port is a good place for that,” Gillingham says. “If you think of Liverpool as having a west coast connection to the rest of the world, you have got to get the infrastructure right.”

Rotheram has also voiced his support for better road and rail links, including the proposed Northern Arc Hyperloop One line - a high-speed link that would directly connect Liverpool to Glasgow in just 47 minutes via Manchester, Leeds, Newcastle and Edinburgh.

It is on projects like this that he could use his connection with his Greater Manchester counterpart Burnham to his advantage, believe experts.

“They should be looking to work together to deliver on ‘northern powerhouse’ initiatives,” says Greg Dickson, planning director in Barton Willmore’s North West office. “In the past, Manchester and Liverpool were against each other, but there has been more synergy in the past 10 to 15 years.”

John Moffat of North West developer Capital & Centric would like to see Rotheram help Liverpool develop “a stronger voice as a city region” and notes that Manchester could be a good example to follow. “We have got a model for how city regions can operate in Manchester, so hopefully we will be able to take on lessons that no doubt have been learned the hard way over there,” he says.

While its industrial heritage is one of Liverpool’s undoubted strengths, its office market has struggled - so attracting new businesses is also expected to be high on Rotheram’s to-do list. “There is very, very little in terms of new office accommodation and that is something the city needs to address,” says Moffat.

According to Chris Prescott, planning and development director at JLL in the North West, Liverpool city centre’s grade-A office supply is set to be taken up by the end of this year. If new developments do not come through to replenish the pipeline soon, major potential occupiers could cross the city off their lists, he warns.

“There is a need for new grade-A floorspace to be deliverable in the short term in order to attract potential government department and major public sector relocations out of the South East, as well as private sector organisations,” he says.

Rotheram is also reportedly keen to attract occupiers from the burgeoning tech sector. “He has a desire to focus on tech and SMEs, which have high growth potential,” says Moffat. “The region has huge capacity to see significant GDP growth in that sector.” 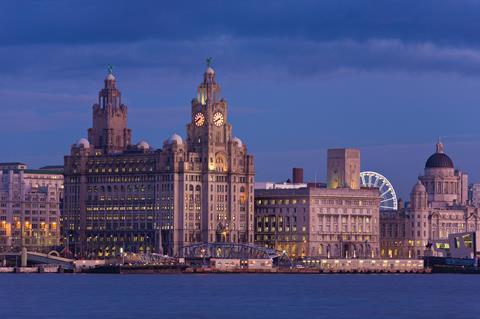 Will the sale of Liverpool’s iconic Royal Liver Building can form part of an office revival for the city?

The media sector is another key potential growth sector for the city, he adds. Capital & Centric wants to create a film, TV and media production hub at its Littlewoods building to capitalise on Liverpool’s popularity as a filming location, and Moffat is keen to see Rotheram drive the initiative forward.

“Liverpool has the second-highest number of listed buildings outside London, so it often gets used as a filming location, but often the production element is taken out of the region because there are no new-build studio facilities,” he explains.

Yet another area experts would like to see Rotheram focus on is the city’s housing provision. Although Liverpool is not experiencing a housing crisis on the scale of London and the South East’s, there are still issues that need to be addressed.

According to the Liverpool City Region Growth Strategy, published in July 2016, the city needs to accommodate an additional 50,000 people by 2040, and in its draft Local Plan in September, it announced a target of 29,600 homes to be built by 2033. “It’s a big challenge,” admits Dickson. “The city needs to be able to accommodate some of that housing for skilled jobs but we need homes for all sectors of the economy.”

The quality of rented or for-sale properties in a lot of town centres is quite low - Steve Gillingham, Mace

With these targets in mind, Rotheram has pledged to hold a housing forum in the first 100 days of his tenure. The sort of housing required is likely to be high on his agenda.

“There is still an affordability gap unless you are looking at the unregenerated, less desirable areas, and the quality of rented or for-sale properties in a lot of town centres is quite low,” says Gillingham. 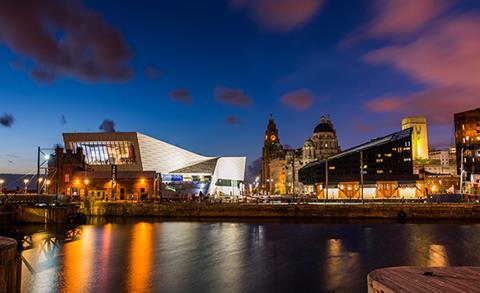 Liverpool may be seen as a bigger risk for private sector investment, says Professor Michael Parkinson

Howard Crocker, the managing director of Delph Property Group, which is active in the region, adds that more city centre apartments are needed. “There’s a mismatch between supply and demand, with Liverpool’s growth in skilled jobs not reflected by what’s available on the local property market,” he says.

However, there will need to be a focus on family housing as well as the city centre towers that proliferate in other northern cities such as Manchester and Leeds.

“He will need to work down in London to get a fair share of government spend for new housing, including starter homes and low-rise developments,” says Moffat. “Not everyone wants to live in a one-bed flat in the city centre.”

Rotheram will need to take care not to get boxed into a corner on issues such as housing and infrastructure if Liverpool is to “punch above its weight” as he wants it to.