A new initiative launched by LSH is hoped to inspire young people to consider a career in property. 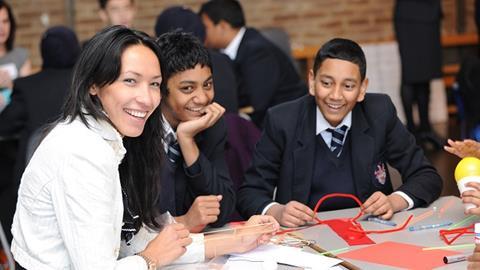 Encouraging diversity in the property industry has long been the Holy Grail for many firms, but it has proved to be no easy task, particularly when it comes to appealing to children attending inner-city state school.

Quite simply, many young people are unaware of the opportunities a career in real estate can provide.

It is exactly this issue that Lambert Smith Hampton (LSH) hopes to remedy with a new initiative. LSH has teamed up with Young Enterprise (YE), a charity that empowers young people to harness their social and business skills, in order to provide an introduction to the various career options available in property.

Over the course of the first year of its involvement with YE, LSH has funded nine workshops – and provided 100 volunteers – attended by 600 young people “whose energy and drive has been an inspiration”, says Helen Dodd, associate director, real estate advisory, at LSH, who helped to co-ordinate the programme.

“YE makes a practical difference and we saw it as an opportunity to get involved and to work with young people, to give them a taste of the property industry and an insight into the really interesting and diverse roles you can do within it.” 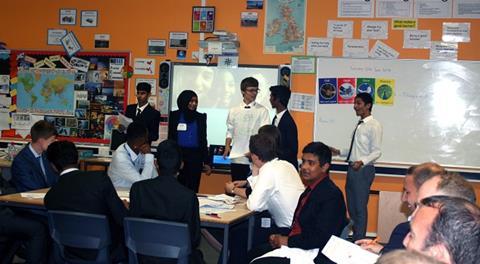 One of the nine workshops took place at Lister Community School in Plaistow, east London, in June, when Property Week was invited along to report on proceedings. So how did the kids respond to LSH’s charm offensive?

In total, 60 year-10 business studies students took part in the full-day programme. Students were split into small groups of five, each supervised by two LSH volunteers, and were guided through a series of tasks and challenges that were designed to be interactive and fun, and to encourage them to identify and expand their employability skills.

One of the first tasks involved pupils guessing what LSH did – the only clue to begin with was a drawing of a street scene. Most guessed that its business must either be construction or architecture, and it was clear – when told that LSH was involved in buying and selling property – that it was an industry whose existence most of the class had not considered before.

The LSH volunteers – who included Sean Brew, Rachel Styles and Neil Parlett – talked students through the various roles involved in the property business and engaged pupils by making the examples relevant to their lives. They explained that we all interact with property several times a day, whether it be our homes, the train station, the school or shops.

They also gave examples of their big-brand clients, including the BBC, Amazon, Tesco, BT and Tottenham Hotspur, and told students about LSH’s involvement in the transformation of the nearby Olympic Park. “You could live or work there,” one volunteer explained, “or you could be involved in the project, whether it be in the construction industry or as an apprentice surveyor.” 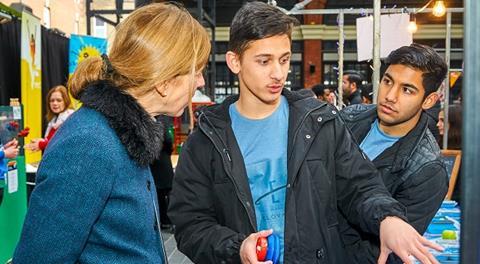 Another tactic was to demonstrate how diverse property is; that it is not just about offices and houses, but also about buildings such as sports stadiums. LSH has been involved in new stadiums for both Tottenham Hotspur and West Ham – a revelation that incited a mixture of whoops and boos from the class.

In one of the tasks, each group was given a picture of an empty building on Oxford Street and told to come up with ideas to bring it into use. Their suggestions were impressive: some considered building an extension; some suggested buying up neighbouring properties and expanding into them; and others wanted to knock the building down and build another from scratch.

Another aim the day was to make the students aware of the pathways to a career in property. However, it was also stressed that they do not necessarily need to know what they want to do with their lives now, or go to university, to end up in a job they love. LSH had made a video featuring many of the volunteers present on the day that showed what their first jobs had been.

Dodd, for example, had come to property later in life after a career playing viola in an orchestra – something, she told the students, that had taught her the value of practice, organisation and teamwork.

After a lunchtime break, an element of competition was introduced. The teams were tasked with choosing a business from a list of options, coming up with a business plan and pitching it to the rest of the class. Each presentation would be judged and a prize awarded to the winning team – an announcement that elicited a flurry of excitement.

One boy was so eager to answer a question that his arm shot up in the air, ripping his suit jacket in the process. It turned out that that same boy was a budding entrepreneur – he said he had already made money buying things from eBay and selling them to his friends at a profit.

His business acumen was later highlighted when, helping to formulate his team’s business plan, he asked: “What kind of loan is it? Is it fixed rate or variable? And what’s the interest rate? I can’t work out the finances accurately without more details.” 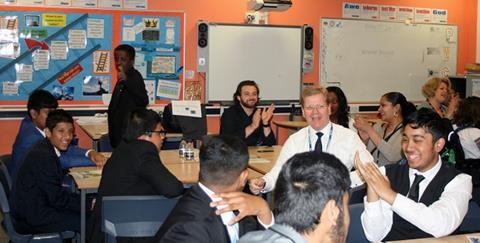 In the small-business task, one group planned to open a gym – Muscle Mania – complete with a shake bar and a transactional website where customers could buy protein products and branded T-shirts.

Another – a bicycle shop called Encyclopaedia – would be launched by none other than Bradley Wiggins, and, as well as selling bicycles and accessories, would offer a bike repair service and cycling safety workshops for children.

Angela Nelis, who ran the programme on the day, has worked with YE for five years. “It’s amazing to have this much volunteer support; everyone is so engaged and supportive and enthusiastic,” she said. “Kids don’t often get to speak to adults about what they do for a living and it gives them a great insight into the world of work.”

One of the students, Haseeb Alam, said it had been an exciting day full of good, intriguing challenges that made his mind work. 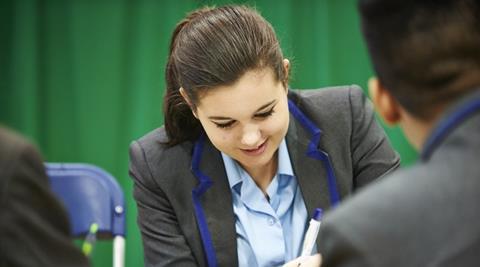 “I might consider property as a career now; it sounds like a very interesting business,” he said.

Alam, along with a number of his friends, later asked LSH for work experience. There can be no greater measure of the workshop’s success than that. And with LSH hoping to develop its partnership with YE further next year, it might just succeed in attracting a more diverse workforce. The question now is whether other property companies will follow suit.