The M1 has been the undisputed king of logistics highways in the UK for decades. However, there is a new contender in town that is looking to steal the M1’s crown. 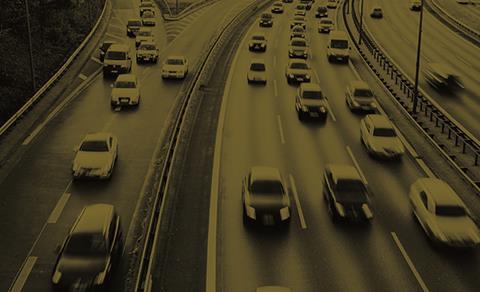 Over the past 18 months, the M40 corridor has begun to turn the heads of a number of occupiers. Many have already taken units in the area and according to agents many more are lining up to take space.

So what is driving occupiers to the M40 - and how is the market evolving to meet demand?

Arguably the momentum started to gather in earnest in 2014, when toy retailer The Entertainer took a 238,000 sq ft pre-let at Clearbell and First Industrial’s Banbury Cross scheme. Recently, a flurry of deals has further consolidated the area’s growing reputation as a logistics destination of choice.

The M40 is a real alternative to the M1 for medium-sized manufacturing - Len Rosso, Colliers

For rapidly growing occupiers, it is becoming the obvious choice for a logistics base, say experts. “We feel the M40 is a real alternative to the M1 for medium-sized manufacturing and distribution, which we believe occupiers are now seriously considering, as well as for regional distribution centres,” says Len Rosso, head of industrial and logistics at Colliers.

Rosso points to the relative lack of congestion as a key factor stimulating growth, with an average 17% fewer vehicles using the M40 and an average speed 20mph higher than on the M1. The M40 also crucially provides easy accessibility to central London via a direct route to the A40 or a transfer to the M4.

The M1, conversely, has to contend with high traffic volumes, although it is still the pre-eminent corridor for industrial with Magna Park, DIRFT and other heavyweight schemes attracting occupiers. “It’s a key arterial route and there is still capacity there, but the road infrastructure is congested,” says Tom Leeming, associate development director at db symmetry.

As a result of the heavy traffic, pollution levels are high on the M1, which could be another factor that forces occupiers to consider the M40 instead if the government decides to set targets to reduce levels in hotspots.

“The government could start enforcing restrictions on lorry movements on really busy roads,” says James Williams, a director in Savills’ UK industrial investment team. “I could definitely see that happening on the M1.”

The other factor that gives the M40 corridor an edge over the traditional Golden Triangle heartland is its booming workforce. As retailers compete to reduce their delivery times, they are appointing ever-greater numbers of people to ensure goods are packed and shipped as quickly as possible. A string of new housing developments in the region has sprung up to accommodate their needs.

The region’s easy access to the capital and abundance of workers were both important attractions for HelloFresh, according to David Binks, head of industrial agency at Cushman & Wakefield’s Birmingham office, who acted for the occupier on the deal. HelloFresh previously operated only around London and the M25, but according to Binks it has been growing its customer base beyond its heartland and needed somewhere more central. 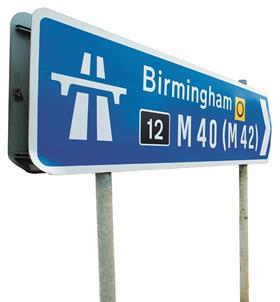 “Initially our main focus was the M1 corridor and we looked at a number of options. In fairness, they [HelloFresh] also expanded their requirement in that time and we just couldn’t find what they were looking for,” he explains. “We expanded the search and I suggested the M40 corridor. The building ticked a lot of boxes.”

Once HelloFresh had taken its space, DCS signed for 186,950 sq ft at Banbury’s Noral Way in July. “Companies will often follow each other into new locations,” says Binks. Due to the shortage of speculative opportunities in the area, companies frequently take more space than they need. According to Leeming, HelloFresh chose to take around 30,000 sq ft more than required so it had the flexibility to expand within its current building. Engineering firm Prodrive, meanwhile, is subletting 30,000 sq ft of its 110,000 sq ft unit next to HelloFresh with a view to taking that space back for its own use should it need to as the business expands.

As for the future of the competing markets, Binks believes the M1 corridor will always be appealing because it is the country’s main arterial route but says the M40 corridor will continue to grow in prominence. He adds that more affordable rents provide a further incentive to occupiers.

However, this is less of a determining factor than it was, says Ranjit Gill, head of the industrial team for Savills Birmingham. “Historically, M40 corridor rents have lagged behind the M1 but that gap has narrowed with rents in excess of £6/sq ft being achieved,” he says.

Whatever the rents, Leeming notes interest from a significant number of local occupiers that are looking to expand. “There are occupiers in places like Banbury and Bicester that have been there for longer than a century,” he says. “Some of them are in outdated premises or operating from two or more units - that’s not efficient. They’ve grown and they’re hungry for more modern, more suitable premises.”

There are occupiers in places like Banbury and Bicester that are hungry for more suitable premises - Tom Leeming, db symmetry

The M40 has been given a welcome boost by planning authorities accepting that warehousing and distribution is needed at strategic points, he says, adding: “Business rates income is also a factor. It could potentially provide councils with millions of pounds of income - something they’re no doubt desperate for.”

With planning authorities now more forthcoming and occupiers chomping at the bit to base themselves on the M40 corridor, db symmetry has been proactive in bringing forward new schemes.

It also has detailed planning consent for two pre-sold units at Symmetry Park, Bicester, off the A41, close to junction 9 of the M40. The 110,000 sq ft and 88,000 sq ft units could be delivered by the end of the year.

In addition, it has outline consent for up to 477,000 sq ft on the remainder of the site, about which it is in discussion with a number of occupiers. It also has around 4m sq ft of ‘on-junction plots’ at junctions 9 and 10 of the M40, on which it expects to hold a public consultation in March.

“There is certainly untapped potential along the M40 and we are extremely confident of its upward trajectory,” says Leeming.

Whether the M40 steals the M1’s crown remains to be seen, but judging by recent activity and growing occupier demand, it is well on the way to becoming a rival industrial hub. 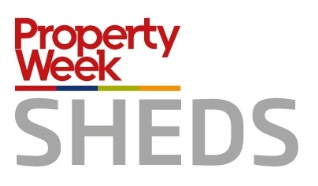