Technology is transforming the property industry. 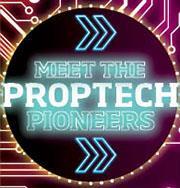 This year the smartest agent in London isn’t a human… it’s a machine.

Publicly, many traditionalists dismiss such assessments as hyperbole, but privately, they admit they are all too aware of the threat and that the sector has reached a technology tipping point.

For property companies in denial, it could mark the beginning of the end.

For the more progressive, however, technology also presents a major opportunity - as the latest wave of proptech companies attests.

“We’re at a pivotal moment in commercial real estate, with the industry beginning to realise technology’s true potential,” believes Nick Romito, chief executive and co-founder of VTS, speaking after the merger of the leasing and asset management platform with US rival Hightower.

Their merger may be the first but it won’t be the last as the growing army of proptech disruptors, collaborators and enablers join forces to transform the property industry.

Find out how as Property Week profiles 10 of the proptech pioneers revolutionising the way property firms go about their everyday business.

Don’t worry too much about the rise of the machines, though, not yet anyway, because as this list of top tech talent reveals, behind every smart machine is an even smarter human…