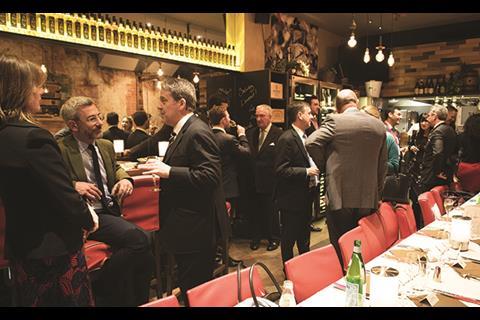 Foreground, from left to right: Charlie Green and Peter Flavel 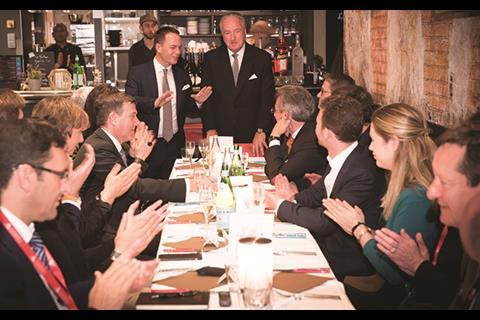 Jace Tyrrell and Harvey Soning at the head of the table 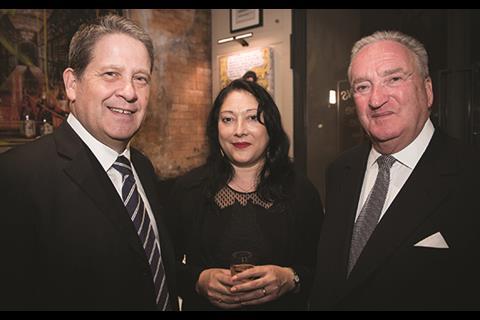 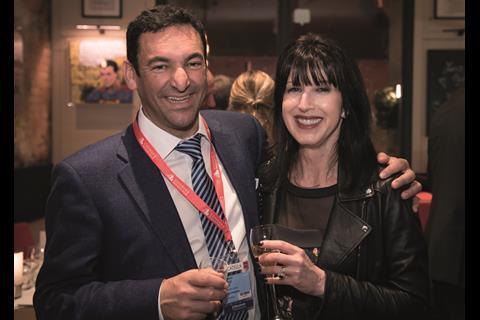 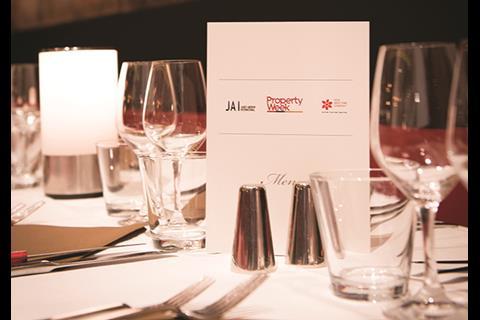 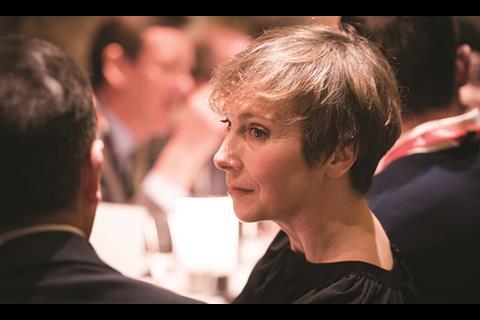 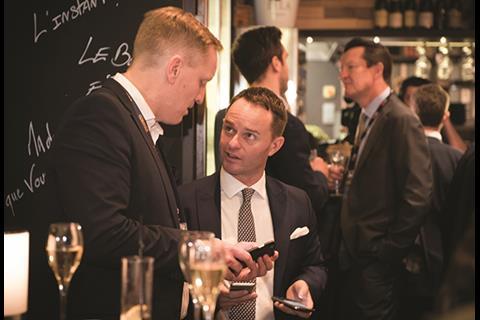 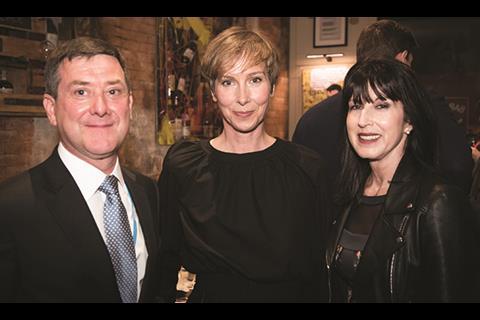 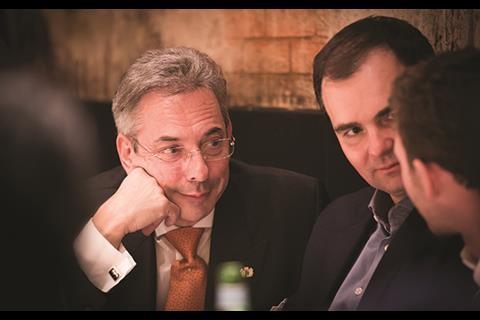 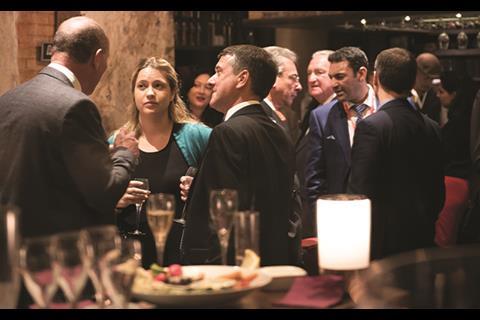 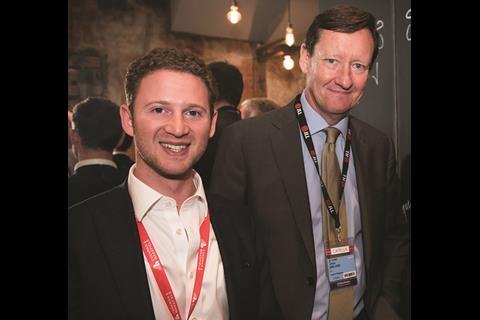 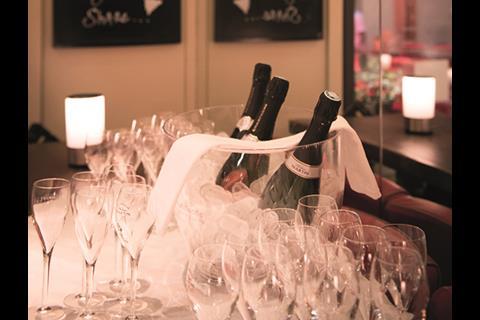 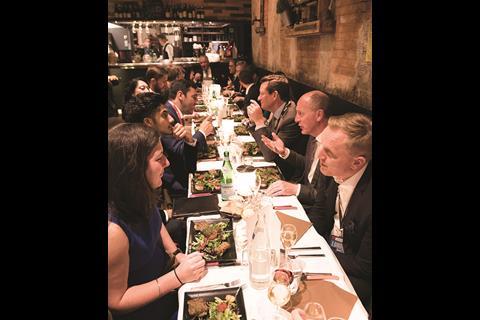 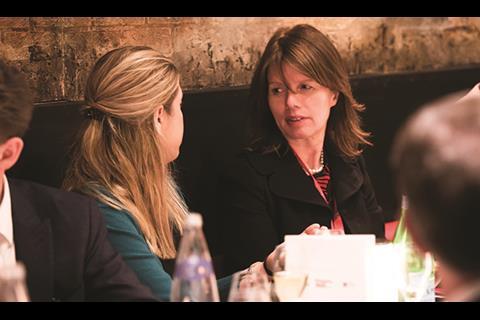 At Mipim earlier this month, Property Week, James Andrew International and the New West End Company brought together a cross-section of big hitters from across the industry and beyond to dissect the big talking points of the week and share their predictions.

The debate covered everything from placemaking to proptech and Brexit to Bond Street - and, of course, The Donald. One thing all the guests agreed on was that the mood at Mipim this year was generally upbeat - which it could easily not have been, given the seismic political and economic changes that have characterised the last 12 months.

So why the optimism? The positive noises coming from overseas investors were a significant factor. “We spent a lot of time [at Mipim] with some of the big funds, US and Chinese, and they seem to have an appetite for London,” said Jace Tyrrell, chief executive of the New West End Company.

And this appetite does not seem to be restricted to countries that have traditionally invested large sums of money in the UK. “I started off the morning with South Africans, we were then with a Middle Eastern country, then with Turkish investors and then Japan,” said Harvey Soning, chairman of James Andrew International. “Every one of them said it was within their plans to invest in London this year, and one wanted to invest in the provinces as well, so it is a very good outlook - Brexit or no Brexit - on the UK’s relationship with the rest of the world.”

Parts of the development sector are also starting to overcome their Brexit-related concerns, according to Darryl Flay of private rented sector developer Essential Living, which is backed by US-based M3 Capital Partners. “If you have patient capital and you’re about the long term, then Trump and Brexit probably don’t make that much difference,” he said, although he admitted that investors may be more reluctant to fund assets based on a five-year hold.

It was also accepted that Brexit could have an impact among office occupiers, particularly in the City of London - but the extent of this was up for debate. Chris Ireland, UK chief executive at JLL, said that while large financial occupiers were “scenario planning” for different Brexit outcomes, this had not yet translated into concrete decisions to move staff to other cities such as Dublin, Frankfurt or Paris, the latter of which went for the hard sell in its bid to attract UK occupiers at Mipim with a large-scale advertising campaign.

Watch extended highlights from the Editor’s Dinner via PropertyWeekTV 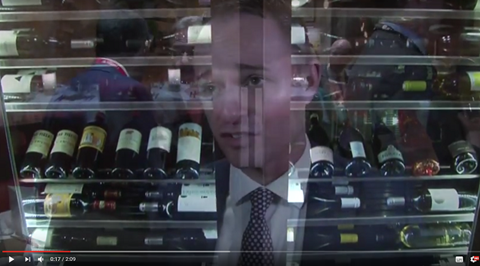 “The big test as we go through the next few years will be how long [occupiers] are prepared to hold their nerve without an insurance policy,” Ireland said. “If it’s still extremely unclear what passporting rights are and how companies will trade, people might say ‘I’m not prepared to wait and see what it’s going to be like, I’m going to move more space [out of the UK]’.”

However, Sally Jones, head of strategy and investments at British Land, said Brexit was not necessarily the most pressing concern for finance firms. “We often talk [to financial advisers] about what the impact of Brexit on their businesses is, and what they say to us is that the impact of regulation and tech is going to be more fundamental on the banking industry,” she said.

Peter Flavel, chief executive of private banking at Coutts, added that there were also softer factors at play which should not be underestimated.

“You need to come back to something that is very practical: the most productive years for financial services people are in their 40s, and that’s when they have young kids - and the thought of taking them out of school and going to Frankfurt or Brussels just isn’t going to cut it,” he said. “The reason there are so many people in London isn’t because of the European Commission, it’s because it’s a great place to live.”

This fed into the placemaking agenda, which was another hot topic at Mipim. Lucy Musgrave, founding director at London based public realm and urban design consultancy Publica, talked about a “golden age” for London as a city, with public bodies and landowners working together to improve the overall environment.

“I have never known anything like this where so many people want in such an accelerated fashion to sort out some of those intractable problems in terms of air quality or movement of people - but also to enhance the beauty of the city,” she said. However, she cited Theresa May’s sacking of regeneration tsar Michael Heseltine as a “low point” for the current government.

I think it’s really encouraging to see the level of investment the UK government has made - Jace Tyrrell, New West End

Disparate ownership of assets was identified as a challenge where placemaking was concerned but Tyrrell pointed to Bond Street, where Westminster Council had helped to facilitate a £10m placemaking project which will start next month, as a successful example of collaboration.

The beefed up public sector and government presence at Mipim was identified as a big positive, with the Department for International Trade taking a pavilion at the conference for the first time. “I think it’s really encouraging to see the level of investment the UK government has made,” Tyrrell said.

Proptech on the rise

Another area of the industry that had an expanded presence was proptech. The Innovation Forum - the area of the conference that traditionally houses proptech firms - was moved into the Palais for the first time due to increased interest.

“That move was a calculated one because the traditional real estate clients here wanted it,” said Savannah De Savary, the founder and chief executive of Industry Hub.

James Morris-Manuel of Matterport added: “If I look back four years, we would have to go stand to stand with an iPad and say ‘we’re a proptech company and we’re going to help you move your business forward’. This year, people are now at our stand saying they have heard about our business.” 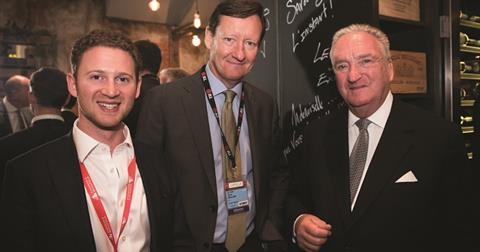 James Morris-Manuel (left, with Chris Ireland of JLL and Harvey Soning of JAI) says proptech is now an established part of the sector

Brandon Weber of VTS echoed Morris-Manuel’s sentiment, adding: “There is an energy around innovation more broadly, proptech being just one example. We are seeing it in city planning, placemaking and the way properties are constructed, as well as WeWork, The Office Group and others that are disrupting that market.”

The consensus was that innovation is vital if the industry is to overcome the obstacles ahead. If the the attendees at the dinner were anything to go by, the property industry not only stands a good chance of overcoming those obstacles, but of identifying a few opportunities too.