High office rents in central London are forcing occupiers to look elsewhere for premises. Property Week considers the alternatives that the capital has to offer.

The west London submarket is having its time in the sun. For years White City has carried a reputation for being a run-down part of London, with the only plus point being the world-famous Television Centre. So when the BBC announced it was leaving its spiritual home of 50 years in 2010 for Salford, the future looked bleak.

However, Westfield’s decision to build a huge mall in the heart of White City kicked off a series of developments that are continuing to transform the area - not just the look and feel of the place but also public perception. 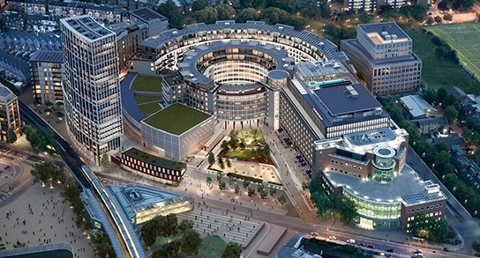 As well as the mammoth Westfield London, which is currently undergoing a £600m extension that will accommodate a 230,000 sq ft John Lewis and 1,500 homes, developer Stanhope - with the capital backing of Mitsui Fudosan and AIMCo - is transforming Television Centre and the neighbouring White City Place scheme into a world-class destination.

You only have to look at the names that have already been lured from core central London markets and, in the case of Virgin and SoftBank-backed US satellite telecoms start-up OneWeb, chosen it ahead of other locations, to understand its appeal.

Other confirmed tenants of White City Place, a six-office-block cluster including three BBC-let buildings, include ITV, YOOX, Net-a-Porter, the Royal College of Art and Huckletree. And that’s just for starters.

There are still plenty of deals to be done at White City Place, which comprises the 291,000 sq ft WestWorks building, the 231,000 sq ft MediaWorks office and the 40,000 sq ft Garden House, as well as the three office buildings occupied by the BBC.

The joint venture is also currently redeveloping the 14-acre site at Television Centre, which will comprise 500,000 sq ft of offices, 950 new homes, a Soho House club and hotel, three BBC studios and the HQ of BBC Worldwide. Other developments in the area include Imperial College London’s new campus and Berkeley’s 1,400-home scheme under its St James banner.

Best-in-class digital connectivity and good transport links, as well as affordable rents - which currently stand at around the late-£40/sq ft mark - not to mention the amenities on offer, give White City more than enough momentum to establish itself as an attractive office location.

It seems odd to describe the area that secured the biggest leasing deal of 2016 as an up-and-coming office destination, but given the development is at an early stage and there has so far been little else in the way of leasing news, it is a fair description.

In fact, tech giant Apple’s decision to move its London headquarters to the boiler house at the iconic Battersea Power Station, where it will occupy 500,000 sq ft, is sure to act as a catalyst for other tech-orientated company moves to the Nine Elms area. 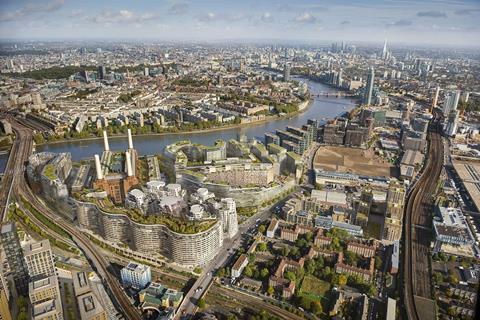 Off the back of the deal, developer Battersea Power Station Development Company (BPSDC) revealed it was considering reclassifying some of the remaining phases of the 42-acre, 8m sq ft site to incorporate more office space, predicting a wave of interest from like-minded occupiers. The next phases of offices will be delivered from 2022 onwards.

The Apple deal was a well-timed coup for BPSDC. While the high-end residential market in London started to fall away in 2016, due largely to the chancellor’s stamp duty reforms, the arrival of Apple and the knock-on effect that will have in terms of attracting new office tenants is undoubtedly a boon for the developer.

When Apple moves into its new home in 2021, bringing 1,400 staff, Battersea will be unrecognisable. The new zone-one tube station will be up and running and a number of schemes currently just holes in the ground will have been completed.

Of course, Battersea is not just about the power station - about £15bn of investment is pouring into neighbouring Nine Elms. Developments include the eye-catching £770m new US embassy, which is expected to open later this year, as well as luxury residential schemes such as the 10-acre Nine Elms Square development, previously the New Covent Garden flower market, which has just been bought by R&F Property and CC Land.

Experts believe other developers, perhaps forced into it by the cooling of the luxury residential market, will follow in BPSDC’s footsteps and convert residential space to offices. The area would be an attractive proposition for office occupiers, not just because of the pull of Apple but because it is sensibly priced at around £60/sq ft - more than Canary Wharf but a significant discount on Victoria.

Tipped to be the next Shoreditch, Aldgate and Whitechapel are in the middle of a development frenzy. Judging by the success of the schemes that have already been built, it is little wonder developers are ploughing in.

Last year, the Starwood-backed Aldgate Tower Investments sold the fully let 325,000 sq ft, 17-storey Aldgate Tower for £346m to China Life Insurance and Brookfield Property Partners. The adjacent development, known as One Braham, is in the process of being built having been bought by a Hong Kong investor and Aldgate Developments in May. The joint venture partners will build the 320,000 sq ft office speculatively. 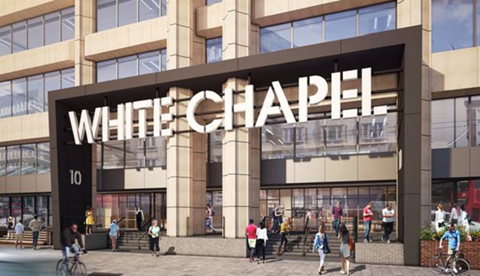 Derwent London’s White Chapel Building has also been a success story. It bought the vacant building in December 2015 for what was then considered an eye-watering £132m. But the investment has paid off. Following an extensive refurbishment of the 185,000 sq ft of above-ground office space, it is now fully let and home to a host of occupiers including Government Digital Service, Wilmington, Perkins+Will, Unruly, Reddie & Grose, Shipowners’ Club, ComeOn! and Lebara. Just last month it pre-let the 89,000 sq ft phase two of refurbishment works - the lower-ground floors and office pavilion - to Fotografiska for a new photography museum.

“What is happening is a carbon copy of what happened to Shoreditch 10 years ago,” says Colliers International director Shaun Simons. “Whitechapel is being gentrified positively and in 10 years’ time it will be unrecognisable.”

The Whitechapel Vision, which has been published by Tower Hamlets council with the input of the many landlords in the area, will ensure the regeneration of the district for the next 10 years.

As well as the office schemes, residential towers are also proliferating, with both Barratt London and Berkeley on site to build thousands of apartments, and a week doesn’t go by without another restaurant opening in the area.

At present, Whitechapel offers a significant discount compared with neighbouring Shoreditch and the rest of central London’s core markets, with rents of around mid-£50/sq ft for grade-A stock. With the arrival of Crossrail and the quality of existing and future office buildings, it won’t stay this cheap for long.

For many decades Croydon has ranked low on the list of London’s most desirable office locations, marred by a somewhat chequered history and a poor reputation for brutalist architecture.

All that has started to change, however. Major regeneration around East Croydon station has created a central business district within the town and the future arrival of the £1.4bn Westfield shopping centre has begun to alter perceptions. 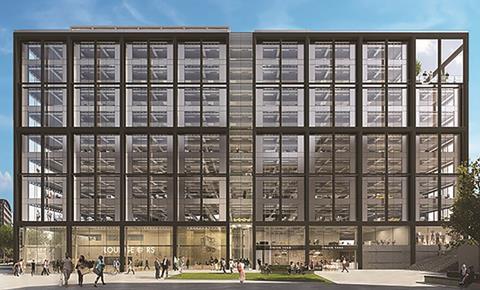 Many developers and investors have the borough high on their shopping lists. Schroders and Stanhope’s 2m sq ft Ruskin Square scheme has already lured HMRC to occupy the 183,000 sq ft first phase of offices, and in terms of amenities, the opening of Boxpark last year created a real buzz.

The town’s major selling point is the transport infrastructure it enjoys (hindered by the Southern Rail fiasco). Victoria and London Bridge stations are just a 15-minute journey, effectively making Croydon a zone-two location at a fraction of the price. Prime office rents are between £35/sq ft and £38/sq ft - a huge discount from central London, making it an interesting proposition for corporate occupiers looking for a cost-effective alternative.

A budding tech scene has also started to form, helped by a £2m council-funded tech incubator in Croydon Old Town, which has seen start-up companies move their operations away from central London destinations such as Shoreditch.

If the town can build on that tech community, then it has all the ingredients to become an established office destination. “Croydon is one of the best examples, behind King’s Cross, of how to change the image of an area considered less desirable,” says Savills director Piers Nickalls. “It could become a blueprint for other submarkets.”

The image of Croydon is changing, but it takes time. A few more high-profile office relocations from central London will speed up the process and consign its bad reputation to the history books. Helped by a proactive and pro-development council, regeneration is on the cards.