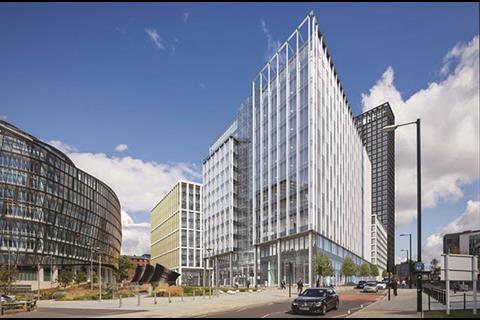 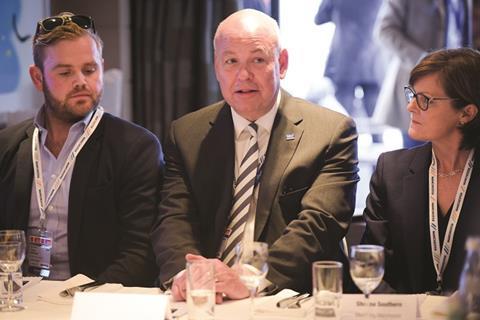 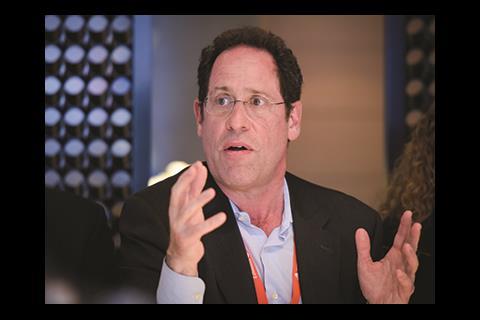 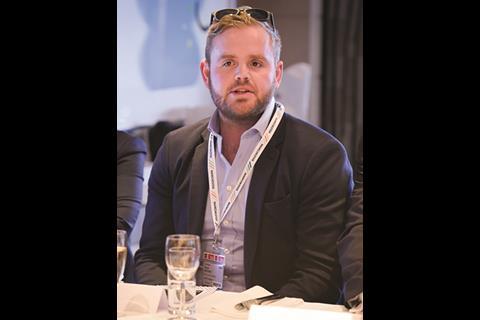 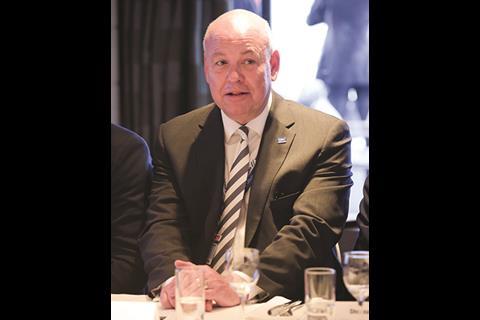 Fuelled by a cocktail of technological, demographic and social changes, urbanisation has fundamentally changed our relationships with cities.

With idea-generation, research and technology start-ups helping power the traditional players in many economies, thinking around how we house businesses and city dwellers is changing. Few cities have enjoyed the growth seen in Manchester, and at its heart, NOMA is creating one of the UK’s first innovation districts. Together with Property Week and Colliers International, it hosted a MIPIM roundtable to discuss how the property industry can look to future-proof developments for tomorrow’s generation.

The imposing red-brick fascia of Federation House at the heart of NOMA, a joint venture between The Co-operative Group and Hermes Investment Management, sits a stone’s throw from where the world’s first steam mill opened in 1781. Federation House is being developed to host a range of digital companies, with collaborative workspace designed to foster creative industries. Its rustic charm is a long way from the splendour of the award-winning 1 Angel Square. And it’s in contrast with 2 and 3 Angel Square, two new builds boasting large floor plates and expansive atriums.

Together with Sadler’s Yard, a recently-unveiled new public square, and ongoing restoration works on another building, Hanover, NOMA is staking its claim to be the UK’s first innovation district.

So how does it intend to achieve that? And what obstacles lie in its path? These were the questions posed by Property Week’s editor Liz Hamson.

Confidence in the regional economy has dovetailed with devolution: the region has become the living embodiment of the ‘Metropolitan Revolution’, the title of Bruce Katz’s 2013 book. This book studied American cities overcoming economic and social challenges by combining resources and uniting civic leaders.

“The US has been going through a fundamental revaluing of cities,” explains Katz. “The move to open innovation means more global corporations are doing their research externally. Networks such as advanced research universities play a key role.”

While digital infrastructure now plays a crucial part in supporting these networks, warnings around the ‘death of the office’ were overblown. With the government trumpeting new transport infrastructure across London and between northern cities, face-to-face working still rules. 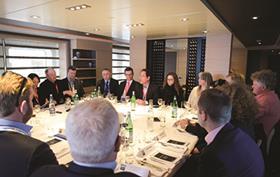 “Moves by the government and Manchester council to improve transport have shown considerable foresight,” says David Pringle, director of NOMA at The Co-operative Group. “Although NOMA is now 25 minutes from the airport, placed opposite Manchester’s revamped Victoria rail station, we see people - not buildings - as the real key to successful place-making.”

“Our most important resource is the potential pool of seven million people within a one hour commute of NOMA.”

Philip Nell, fund director at Hermes Investment Management, agrees. “Taking a long-term investor’s view means understanding how people will use the space, both now and in the future,” he says.

Katz sees innovation districts as “a mash-up of anchor institutions, advanced research establishments and a network of start-ups and scale-ups in a small geographical area”. Future-proofing new places, he explains, is about getting the mix right. “NOMA is definitely an innovation district, on account of where it is and what it stands for.”

“It’s about creating places where people want to work, live and spend their time, rather than simply maximising basic financial dynamics,” adds Nell.

“Being able to ‘unlearn’ from the past is crucial,” he says. “Developments 20 years ago often focused solely on finance. Today, that’s simply not sustainable. We need to attract different businesses and create varied uses.”

Appealing to older people - rather than obsessing about millennials - is also crucial. “When we talk about advanced research and industries, or indeed angel investors, the big innovators are 40, 50 and above,” says Katz. While NOMA will blend seamlessly into the adjoining Northern Quarter, everyone agrees that innovation districts are for seniors too.

One of property’s most innovative new brands is Moda Living, the UK’s first regional PRS platform. Moda’s landmark 458-unit Angel Gardens within NOMA will raise the bar for build-to-rent. The company is also focused on service rather than just buildings, with technology very much a brand facilitator.

“We’re using technology to cater for the time-poor customers who don’t have time to do the laundry or cleaning as they’re out for long hours,” explains Moda’s Oscar Brooks. “We’re developing an app that will allow tenants to use a concierge, pay their rent or monitor their energy consumption.”

“Another thing that this allows us to do is monitor which parts of the buildings tenants are gravitating to. We’re not future-proofing: we’re future planning.”

According to Brooks, it’s about having the right infrastructure in place so it can be easily upgraded in five to ten years’ time.

Perhaps hospitals, medical facilities and academies will indeed become tomorrow’s anchor tenants. Either way, the most crucial thing is that innovation districts are “programmed and choreographed for networking”, Katz remarks. Much like MIPIM itself, then.