On The DogHouse: the BrewDog hotel

BrewDog has never done things the conventional way. It therefore seemed fitting that the self-styled ‘punk’ beer brand should announce its intention to enter the hotel sector. 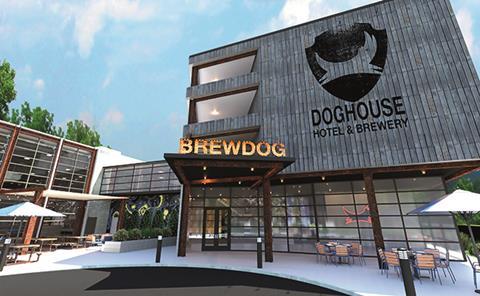 BrewDog is looking to build a beer-themed hotel, restaurant, conference centre and distillery on the site of its brewery in Ellon on the north-east coast of Scotland, a project that would see the company invest £5m in the local economy.

Co-founder James Watt says the appetite among BrewDog fans for a craft-beer-themed hotel is “huge”. Plans for a US equivalent are already well advanced with BrewDog having reached a 30-day target to crowdfund $75,000 (£58,500) in just 36 hours.

The company’s UK efforts, however, have been thwarted by a disagreement over the value of land in Ellon. The dispute has been rumbling on for over a year, with BrewDog claiming the council is holding out for 60 times the fair price for the land, which the company has had independently valued at £5,000 per acre.

“After well over a year of banging our heads against a brick wall with Aberdeenshire Council, we feel we had no option but to let the public know what is happening,” the company wrote in a forthright blog posted in January.

“We are trying to grow our business and provide more local jobs and they are making this impossible. As a result, it will cost Ellon employment, investment and facilities.”

No stranger to controversy

For its part, Aberdeenshire Council claims BrewDog’s valuation is more representative of the agricultural value of the site than its value for use as a hotel and says it has to protect the interests of local taxpayers in holding out for a fair price.

BrewDog says the issue is now close to being resolved and that building in Ellon remains its priority, but adds that if it cannot afford to build the distillery and hotel in Ellon, it will look to do so elsewhere.

BrewDog is no stranger to controversy. The company has been a fierce critic of mainstream ‘corporate’ beer brands and has previously engaged in a long-running feud with alcohol watchdog the Portman Group over the high ABV of some of its beers.

It also knows how to create a headline, with stunts including the launch of a beer called Sink the Bismarck! in a bid to reclaim the title of world’s strongest beer from a German brewer.

The intention to build a hotel with features such as in-shower beer fridges is typical of the confidence and swagger of a business that has barely put a foot wrong in the decade since Watt and co-founder Martin Dickie started brewing in Dickie’s mum’s garage.

BrewDog has since grown into a £70m-turnover brand and the UK’s number-one craft brewery. 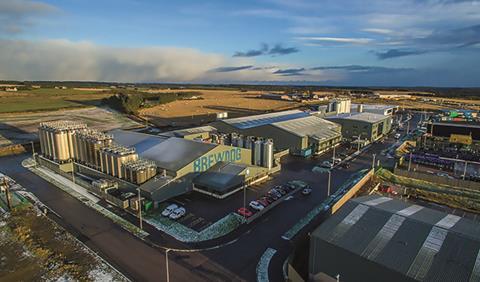 BrewDog has opened a third brewhouse at its Ellon site

In 2016, it became the first-ever company to appear in the Sunday Times Fast Track 100 list of companies for five successive years and it boasts more than 32,000 shareholders under its innovative ‘Equity for Punks’ scheme.

As well as being sold through large supermarkets and bars, the brand has built its own chain of BrewDog bars: there are currently 47 globally and a further 10 are slated to open in 2017.

A big part of BrewDog is obviously its often controversial branding and ‘punk’ themes, so I would expect these themes to come across in its hotels too - Paul Bolton, CGA Strategy

The company opened its third brewhouse at its Ellon site last year, which has expanded capacity to 830,000 hectolitres, taking its total investment in Ellon to more than £20m. Should BrewDog receive the go-ahead for a hotel, that figure is likely to rise by several million.

It won’t be short of money to fund further investment. Earlier this month, BrewDog announced that TSG Consumer Partners had acquired approximately 23% of the company in a £213m transaction involving £100m to fund BrewDog’s continued global expansion.

Plans for the UK are currently sketchy. Even the size of the Ellon plot has not yet been locked down as BrewDog says it will depend on the land acquisition. With the UK project still stuck at the start line, the best gauge for what a British BrewDog hotel could look like is its soon-to-be-launched DogHouse hotel and sour beer brewery in Columbus, Ohio.

The estimated cost to build and furnish the facility is $6m, with the proceeds of BrewDog’s crowdfunding campaign enabling it to fast-track the project through to completion. 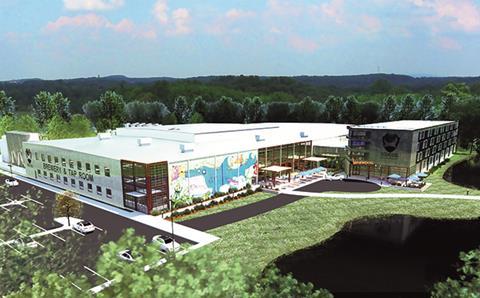 The soon-to-be-launched DogHouse hotel and sour beer brewery in Columbus, Ohio is the best gauge for what a British BrewDog hotel could look like

Unlike in Ellon, BrewDog already owns the land on which it intends to construct The DogHouse and has previously highlighted how supportive the local authorities have been of its mission.

The spec of the hotel is classic BrewDog. Guests will wake up to a view of BrewDog’s sour beer foeders and the smell of freshly mashed malt. There will be beer breakfasts; lunches and dinners with beers paired to every course; hop-infused spa treatments; and craft beer on tap in the 50 bedrooms. Other unique features include shampoo, shower gel and soap made using craft beers and hot tubs made with oak barrels previously used to age beer.

Investors, meanwhile, will be able to access perks such as free overnight stays, brewery tours and unrestricted access to the rooftop residents’ bar.

Although BrewDog says the UK hotel will have a few defining characteristics to separate out the hotel experiences, it seems likely the template will be similar; after all, it’s what the brand’s punters want.

“A big part of BrewDog is obviously its often controversial branding and ‘punk’ themes, so I would no doubt expect these themes to come across in its hotels too,” says Paul Bolton, senior client manager at food and drink consultancy CGA Strategy.

Although BrewDog claims The DogHouse will be the world’s first beer hotel, there is precedent for a drinks brand diversifying into the hotel sector. Billed as a haven for gin buffs, Portobello Gin’s gin hotel in west London opened in December and boasts a gin museum, blending room, gin bar and restaurant, along with a range of boutique rooms.

Bolton also notes that BrewDog will have a number of modern lifestyle brands such as citizenM and Pentahotel to compete with in the UK. 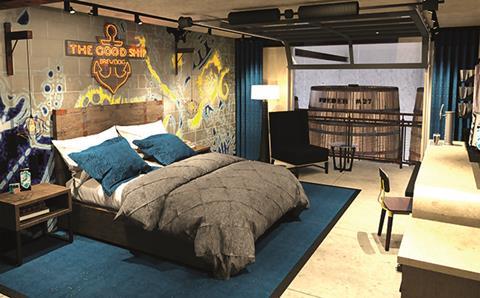 The acid test for BrewDog will be whether it can reach out beyond its core demographic of craft beer fanatics.

“Its crowdfunding experience proves it has a fanbase ready to put their money where their mouth is. I guess the test will be to see if BrewDog can consistently fill it with guests outside this group,” says Bolton.

We want to give people the chance to immerse themselves completely in the nirvana that is craft beer - James Watt, BrewDog

Perhaps they won’t need to. Watt says that BrewDog’s only long-term plans regarding the hotel sector are to make its first hotel “the very best it can be”. But it’s hard to imagine that further hotels won’t follow if BrewDog’s first foray into the sector is a success.

If the company does choose to expand at some point in the future, Bolton believes the demand would be there in cities with a buoyant craft beer scene.

“BrewDog is experienced and successful at creating a loyal following through marketing, so I think this will help it in its quest to build a successful hotel brand,” he adds.

Watt’s ultimate vision for the hotel is simple: “We want to give people the chance to immerse themselves completely in the nirvana that is craft beer,” he says.

No one can question Watt’s and BrewDog’s ability to sell an idea; now comes the more difficult task of delivering it.