CBRE UK is hoping that a fortnight of cycling successes for the home nations at the Commonwealth Games will encourage a record-breaking number of riders to sign up for the World’s Biggest Property Bike Ride 2018. 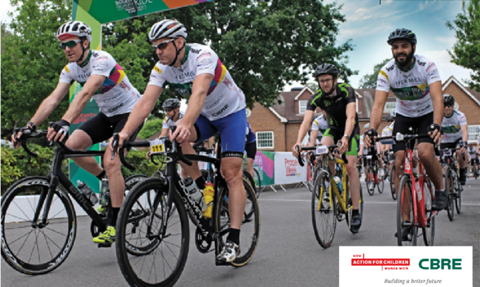 The property industry is set to descend on Surrey on 14 June for what promises to be the biggest ‘big ride’ to date, with a 1,000-strong field of riders split into several 100-rider pelotons across the 50km and 100km routes.

The organiser, CBRE, is aiming to raise a record-breaking amount for new charity partner Action for Children, which provides support for the most disadvantaged children, young people and families across the UK.

Ciaran Bird, managing director of CBRE, which signed a two-year charity partnership with Action for Children earlier this year, says the firm is targeting race sponsorship of £50,000 for the “inspirational charity”. 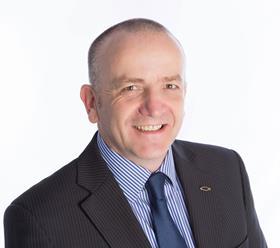 Mark Gordon has been a foster carer with Action For Children in Bangor, Northern Ireland, since June 2011 and previously volunteered for 30 years with young adults who had drug and alcohol problems. Gordon, who was a substance abuser in his teens, saw a Facebook advert for Action for Children’s fostering services and applied, writing along the bottom: “Don’t waste my time and I won’t waste yours.” He says: “When I found out months later I’d been approved I was in shock!”

Initially approved to care for one young person aged 14 or over, Gordon now fosters two teenagers and takes on cases who, like his younger self, often struggle with substance and alcohol abuse. He has helped numerous  children, including Johnny, who came to him as a violent, drug-addicted 17-year-old with several court cases pending against him. Working alongside other professionals, Gordon helped Johnny to get clean and into work.

“Fostering gives me such a sense of fulfilment and I feel very privileged to spend time with every one of my guys,” he says. “I don’t lose contact with anyone who comes to stay with me. One boy who left my care two years ago recently got a taxi to my front door at 6:30 one Sunday morning because he knew I wouldn’t turn him away. But I see myself very much as a hand helping to hold the boys up, and Action for Children is the arm supporting me. The training they provide is invaluable and my link worker is a mine of information and a source of real encouragement. I know from my own experiences that just because I have a past doesn’t mean I don’t have a future. One of my goals in fostering is to make sure that the boys in my care know they have a future and that there is hope.”

Last year’s race, which featured more than 800 riders, raised £46,717 for charity and took the total raised to date by the World’s Biggest Property Bike Ride to more than £120,000. The 2017 event was the first held at its new home of Sandown Park.

This year’s ride will start from the racecourse in Esher and will include two slightly adapted routes of 50km and 100km, which include the gruelling Box Hill climb. The 100km race is expected to attract riders who could give new Commonwealth gold medallist Charlie Tanfield a run for his money, but Bird is keen to encourage all-comers to take part.

“Now in its fifth year, the World’s Biggest Property Bike Ride has become the industry’s most established charity cycling event and one of the centrepiece events here at CBRE,” he says.

“This year we are delighted to be supporting our new charity partner Action for Children. This is an inspirational charity that makes a direct and vital contribution to young people across the UK. CBRE is aiming to raise more than £500,000 over the next two years and the annual bike ride will kickstart our fundraising. A lot of attention is focused on the 100km course, but it’s a great day out for the entire family and riders of all levels are encouraged to participate.”

Highlighting the importance of the race to the charity, Carol Iddon, Action for Children’s acting chief executive, says: “We are extremely grateful to CBRE and all participants whose collective pedal power will have such a huge impact on the lives of so many young people. The money raised will help our team source accommodation for children leaving care, provide emotional support and help them to secure education, employment and training opportunities.”

Property Week is acting as media partner for the event and Team PW will be out in force on the day, looking to repeat last year’s top-10 placing in the 100km event.

Visit www.cbre.co.uk/bikeride to book your place. We’ll see you at the start line!