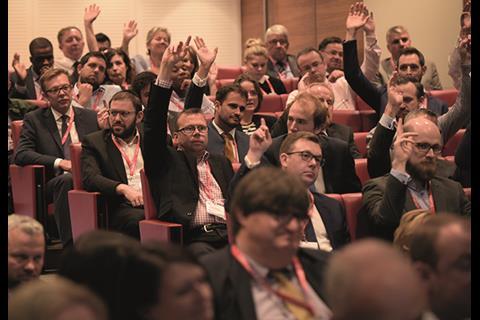 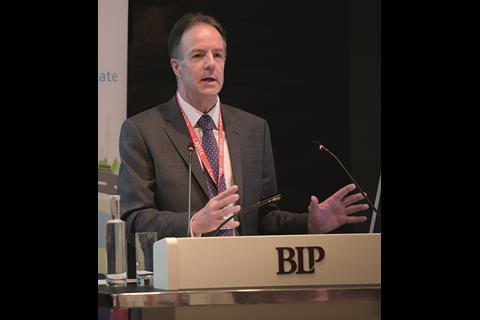 Richard McCarthy, executive director of property and infrastructure at Capita 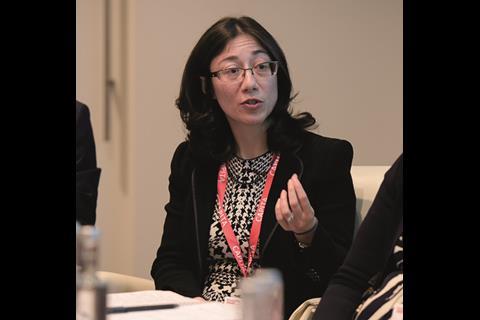 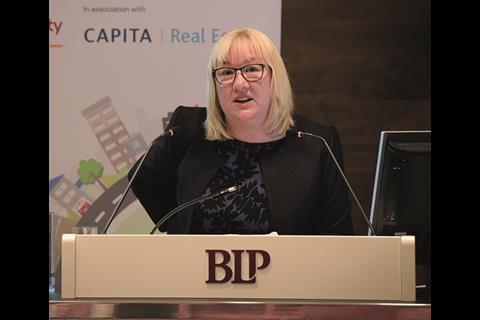 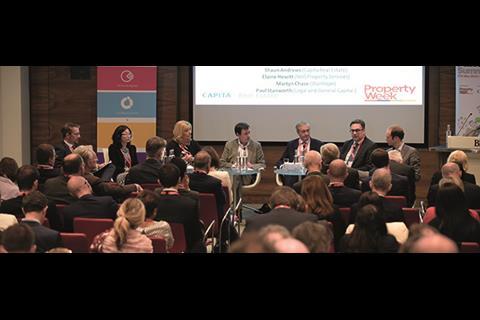 The spirit of the London 2012 Olympic Games should inspire the private and public sectors to excel together, said Richard McCarthy, executive director of property and infrastructure at Capita, in the opening address of the Property Week Public Property Summit.

“It was an extraordinary period,” he said. “We worked out what to do with public sector land; we structured funding arrangements; we gave people the power to exercise decisions at local level to drive results. We can all say the Olympics were unique but the mindset was not. We can do things we did not think were possible.”

The challenge at the summit was to work out how to speed up progress. “We love doing things sequentially,” added McCarthy. “It’s time to think faster and harder about parallel working.”

Panel: How the public and private sectors can pull together

The public and private sectors have the potential to achieve great things together, but to do so they must co-operate more closely. This was the message from Katie Law, Department for Communities and Local Government deputy director, in the summit’s first panel discussion.

Ambitious targets to build one million new homes by 2020 would require close work with the private sector, she said. The public sector was bringing the political will and commitment crucial to building market confidence as well as land for 160,000 homes by 2020.

Graeme Craig, director of commercial development for TfL, said the public sector has to better exploit its ability to think long term. For TfL, this means re-imagining the role of London’s stations as key centres of its towns and villages.

As well as working with organisations with experience of public sector joint ventures, it would also work with smaller bodies such as community land trusts and self-build and build-to-rent organisations. “We will generate more money by thinking as imaginatively as we can rather than following a mechanistic process,” said Craig.

Ken Dytor, managing director of Urban Catalyst, said the private and public sectors have to work much more openly together to understand what each side needs for projects to be successful.

The public sector also needed to be asked if prospective partners had the breadth and longevity to see a project through, said Paul Clark, director for Capita Real Estate. “What is the nature of the company? Are we buying a group of individuals and how long will they be there? We’re always testing that key man issue. Trying to get the right balance of security, deliverability and stability is a challenging one.”

Public sector bodies also have to be sure they can deliver what they promise by creating a broad political consensus for new developments, said Richard Cornelius, Barnet Council leader. “We have not lost any planning votes because we have tried to make most deals party policy proof.”

The era of getting the most from existing rail, power and transport networks is over, said Phil Graham, chief executive of the National Infrastructure Commission (NIC), in the conference keynote. “We are world leaders in sweating our assets, but now there is a recognition that we have reached the limits and a new period of investment is required.”

Crossrail, new runways, the Thames Tideway tunnel and new generating capacity are all vital, added Graham. The NIC will provide strategic leadership to help the UK prioritise and direct its focus more effectively than it has in the past.

The commission supports Crossrail 2, better links between the major northern English cities and an improved Oxford-to-Cambridge corridor, likely to involve the release of public sector land.

The commission will also promote the use of public sector property as a host for, and revenue earner from, new infrastructure, such as city centre nodes in the nascent 5G network.

The public and private sectors must plan better and move faster despite recent progress, the panel agreed during the second summit session.

Partnership models between the private and public sectors have evolved for the better away from the sometimes adversarial approach of the past, said Shaun Andrews, director of Capita Real Estate. “We are not there yet, though,” he added. “In the housing space, there is clearly a need for closer working.”

The public sector could do more to reassure investors and take away project risk, said Paul Stanworth, managing director of Legal & General Capital. “A government covenant is hugely powerful to investors. They are looking for income stability.” 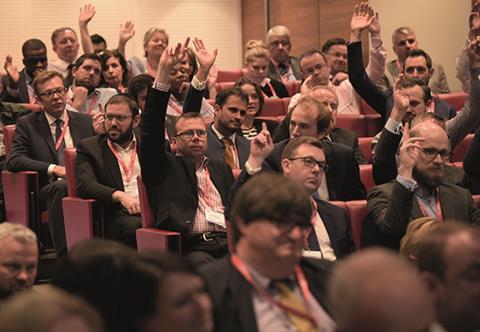 Sherin Aminossehe, head of government estate strategy and delivery at the Government Property Unit, agreed that the public sector needs to do more here. “Only about 8% of funds from institutional investors are in the public sector. We have a really good covenant but people are nervous about how long the process takes. It is incumbent on us to de-risk the process.”

Elaine Hewitt, chief executive officer of NHS Property Services, agreed this should be an area of urgent focus, adding that the NHS is reconfiguring its real estate portfolio, presenting new opportunities.

Streamlining the planning process is also a priority, Hewitt added. “What is not working as well as it should is [having] the right people being involved in the early planning discussions,” she said. “We are driving hard at a completely joined-up approval process.”

In the third panel session, a range of companies and agencies shared the practical insights they have gained from individual projects.

The most important ingredient for overseas investors “is the willingness of the local authority promoter to do what is required for investors to take the project seriously”, according to Tony Danaher, chief executive of the Regeneration Investment Organisation.

Local authorities need to consider investors from the inception of a project, he added. “Sovereign wealth investors are looking for returns they can match against ongoing pension liabilities. You need to bear that in mind when you design your project.”

Stephen McDonald, director of place for Re and the London Borough of Barnet and Argent JV tasked with creating 7,500 new homes, and 450,00 sq m of commercial space centred on Brent Cross, said the deal showed how the private sector could help speed large-scale regenerations.

“We are now held up as good practice of how to go out and get a partner. It’s too early to say if it has succeeded as it is a 20-year programme, but the indications are good so far. We start on site in 2018 and will have a new shopping centre in 2021.”

In the Battersea Power Station project, the investors asked for the government to modify planning consent and finance the underground station in return for taking on the development and construction risk. “It really shows the convening power of that black door in Downing Street,” said Danaher.

Happier and more productive communities could be created profitably through properly conceived private-public partnerships (PPPs) that deliver homes and also community spaces. “In public land, there is a clear opportunity for innovation, for radical ideas and for value added,” he said.

U&I sought to achieve this in its recent Deptford PPP with Lewisham Borough Council, which includes new apartments and affordable work spaces on the oldest railway structure in London.

“The driver for the scheme from the council’s point of view was not to maximise public receipts,” said Upton. “It realised it needed to recreate what was special about Deptford to get a great socio-economic return.”

In the closing keynote, Pat Ritchie (pictured), chief executive of Newcastle City Council, said the debate on devolution is increasingly centred on the role of city regions and private sectors in jointly developing sustainable local economies.

Newcastle has shown in a number of large development schemes following its city deal post 2012 that it is capable of acting commercially, taking measured risks, providing finance and getting developments through even during times of recession. “We have many levers to drive growth… and to pump prime development through land assets,” said Ritchie.

Newcastle now plans to take a longer-term and wider view across the North East to create £30m of annual revenue for a self-sustaining, 30-year investment fund.