It has been one of the most bitterly fought takeover battles in property history. But now Songbird has sung, and the saga appears to have reached its denouement. 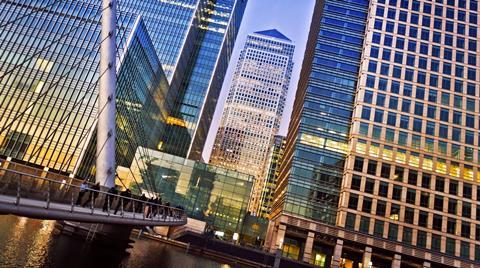 The Qatari Investment Authority (QIA) and Brookfield Property Partners have won against what seemed insurmountable odds. When Songbird issued its statement at 7.04am on Wednesday morning, revealing its three major shareholders, other than the Qataris, had backed the bid, the property world took a collective intake of breathe. Surprised is not the word. Gobsmacked, maybe.

This audacious, cheeky, some believed hopeless bid for control of one of Europe’s most prized business districts had apparently won the day. Songbird accepted the bid through gritted teeth and the reconciliation process between the two parties began.

QIA and Brookfield, while seeking to take their current level of support from 85.6% to 90% of shares to permit it to delist Songbird from AIM, stated it wished to keep hold of Canary Wharf’s management, including its chairman and chief executive Sir George Iacobescu.

But what tipped those three crucial shareholders over the edge? How did the bidders persuade China Investment Corporation (CIC), Simon Glick and Morgan Stanley, to take the money and run?

For some close to the deal, the outcome is not so much down to QIA/Brookfield winning the battle, as Songbird’s management snatching defeat from the jaws of victory.

Following QIA and Brookfield’s final 350p-a-share offer on 4 December, after its “joke” 295p offer a month before, few, if any, gave even this raised bid a chance. For many, Songbird’s demand for 400p-plus a share was not unreasonable.

Songbird’s board dismissed this second attempt to wrest control of Canary Wharf as swiftly as it had the first. But at this point, while strong, the language remained professional.

In a statement issued by Songbird the following morning, the group said: “The board believes the offer from QIA and Brookfield does not reflect the full value of the company, its unique position and future growth potential.”

It was a polite, but firm rebuttal. The language was just about cordial enough not to offend, and to keep shareholders on side. That was until 11 December, when a senior source within the Canary Wharf camp told Property Week that neither CIC nor Glick would back the bid. So confident was the source that they claimed the bid was “dead”. The war of words had begun, and the bad blood between the two sides was about to become public knowledge.

The source believed there was “zero chance” of New York investor Glick, who holds 25.9% of Songbird’s shares, and CIC, which owns 15.8% of the company, giving their assent to the 350p-a-share final offer.

The Canary Wharf executive even went so far as to say attempts by the bidders to gain support for their £2.6bn bid from minority shareholders were “totally irrelevant” and of “no value whatsoever”.

“There is 0% chance Glick or CIC will sell to them,” said the source. “They’ve got some minor shareholders on side. So what? Those shareholders are important to the company, but, in terms of the bid, it’s totally irrelevant. It has no value unless either of the major shareholders move, and that isn’t going to happen.”

Not only did these comments spark a takeover panel demand for Songbird to clarify its position on what it did or did not know about its shareholders’ intentions, it also riled those very shareholders, and strengthened the resolve of the bidders, who, privately, were not particularly confident about their chances.

An executive close to the bidding group said: “We’d been trying to talk to CIC for weeks, but it didn’t respond. As soon as that statement hit the headlines, CIC returned our calls and we were able to present our case.”

Once talk of QIA and Brookfield speaking to CIC filtered into the market, the bid no longer appeared a lost cause.

This month, both sides had a chance to present their final cases. In a detailed 72-page rebuttal on 12 January, the Songbird board said the 350p offer was well below the value of the business implied from its latest valuation in November, the present value of the development pipeline and the management platform — which together pointed to a worth of 519p-563p a share.

It was a robust defence, but QIA and Brookfield argued in their final plea last Thursday that their offer represented a premium of 41.6% to the share price before the initial approach was made on 6 November.

They also argued that their offer would simplify Songbird’s complex structure and give investors the chance to exit a highly illiquid stock, which had not paid a dividend for five years, before Canary Wharf Group embarked on its next phase of development, which would require billions of pounds of funding and entail risks for investors.

The bidders’ arguments won the day.

With CIC on board, plus backing from minority shareholders and the 28.6% already controlled by QIA, the 50% barrier was suddenly surmountable.

This week, after weeks of speculation, Songbird finally sang. With the weight of money looking to write big real estate cheques, the question now is which public company could be next in the firing line. 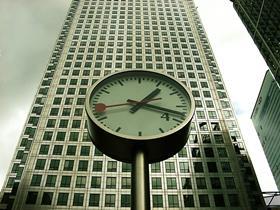 QIA and Brookfield make their first bid of 295p a share, and the next day the Songbird board unanimously rebuffs it.

Songbird publishes a new valuation showing a 19.2% jump in NAV from June to 381p a share, 29% above the previous bid price.

Less than two hours before the deadline for another bid, a new offer of 350p a share is presented and swiftly rebuffed by the board.

Franklin Mutual Advisors, one of several minority shareholders to back the new bid, writes to Songbird’s board urging it to accept the higher offer.

Songbird’s board publishes a detailed rebuttal of the second offer, providing a breakdown of the business’s worth that values the group at 519p-563p a share.

QIA and Brookfield make a final appeal to shareholders to accept their offer, arguing that it represents a 41.6% premium to the share price before their first approach.

QIA and Brookfield plan to delist Songbird shares if they win backing of shareholders representing 90%+ of the issued share capital.