To celebrate the 10th anniversary of our RESI conference, we launched a one-off award for the most outstanding residential projects of the last 10 years.

The shortlist was put to a vote at the gala dinner at RESI last week, where more than 400 delegates chose their developments of the decade - one big, one small. 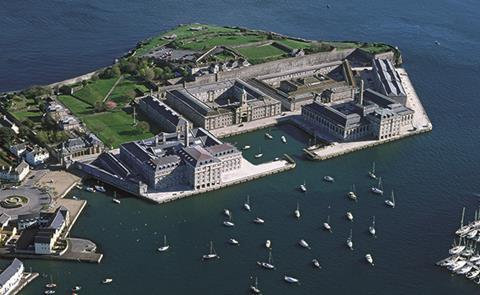 Considered one of the most important historical military sites in the UK, Royal William Yard was designed by Sir John Rennie and completed in 1835 as a supply depot for the Royal Navy. By 1992, however, the yard was redundant, and in 1999 the South West Regional Development Agency (SWRDA), since abolished, appointed Urban Splash as lead developer and tasked it with bringing the site back into use.

In truth, there wasn’t exactly a queue of developers lining up to take the site off SWRDA’s hands - the initial approach was made by the agency to Urban Splash, not the other way around.

“People who have got buildings where all hope is lost tend to have me on their contacts list,” says Tom Bloxham, co-founder and chairman of the Manchester-based company. “And I tend to be stupid enough to like these challenges.”

Royal William Yard was indeed a challenge. Although Plymouth is in a relatively wealthy part of the country, it’s actually quite a poor city - the UK’s move from a nation of Empire heavy industry to a service economy not doing it any favours.

“It bears many of the characteristics of a Liverpool or a Manchester,” says Bloxham. “It was a somewhat down-at-heel port city and, like many docks, it had a lot of the problems associated with red-light districts.” 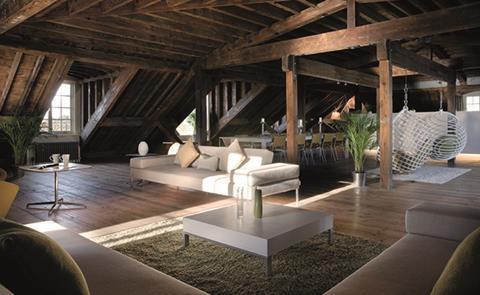 New life: the stylish interior of an apartment in Royal William Yard

Some of the previous ideas for Royal William Yard certainly lacked aspiration. Before Urban Splash took it on, one of the site’s many false dawns involved plans for an outlet mall, something that was neither in keeping with the grandeur of the location nor particularly practical.

“We thought that was crazy because an outlet village can work next to a motorway, but this was the most remote city in the UK and indeed a very remote part of a remote city,” says Bloxham. “It would also have been a waste of all those beautiful old buildings.”

Instead, Urban Splash developed a vision for the site that was residential-led, but would also create a new leisure and commercial district for Plymouth. In the early days at least, it wasn’t an easy sell.

“When we got it we approached every single restaurateur in Plymouth and nobody would take any space there because they saw it as being on the wrong side of town,” recalls Bloxham.

However, piece by piece and over many years, Urban Splash took its plans from drawing board to reality. The first two buildings to be completed were primarily residential, which Bloxham says were “relatively easy to get away because the flats were so beautiful and in such a great location”. The real challenge was to identify other uses for the site in order to ensure it didn’t become a glorified suburb.

The right side of town

It took time and perseverance, but today Royal William Yard is home to a campus for the University of Plymouth, a nascent artists’ studio complex, complete with exhibition space, and nine restaurants. Urban Splash sponsors a ferry between the site and the city centre and has invested in a cycle hire scheme. It has also opened up the coastal path to increase accessibility.

The result is a development where all the homes have been sold and the commercial units let. Urban Splash is on the cusp of going in for planning for a hotel and once that has been finished the developer’s vision for Royal William Yard will be complete.

“Now it’s very much the right side of town,” says Bloxham. “It’s the centre of eating and drinking in Plymouth and I think the city is very proud of it. I think it has transformed people’s image of the city.” 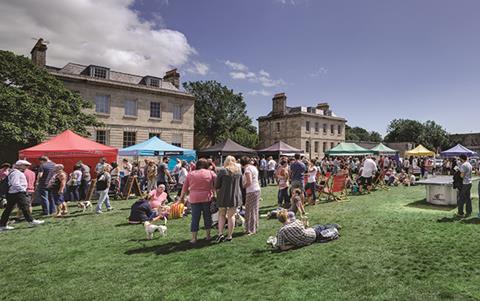 These days, of course, Urban Splash is involved in a very different sort of project, with its modular residential concept hoUSe front and centre. So the award for Royal William Yard is a useful reminder of the type of project that made the developer’s reputation in the first place.

“It’s the sort of thing that Urban Splash is very good at,” says Bloxham. “We’ve done the same thing with the Northern Quarter in Manchester, RopeWalks in Liverpool, the Midland Hotel in Morecombe… it’s taking places that have intrinsic beauty but have been forgotten by the property industry.”

Indeed, while he was primarily at RESI to explain what Urban Splash is up to with hoUSe, Bloxham is clearly rather chuffed to have picked up the Development of the Decade gong. “This was an overnight success that has taken us many, many years,” he jokes. “But it’s great to be recognised by our peers. Property Week readers clearly have excellent taste and judgement!” 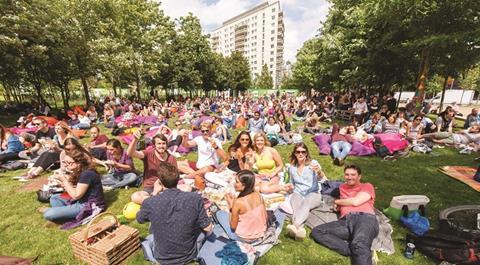 East Village - formerly known as the Athletes’ Village - represents regeneration on a massive scale. The unprecedented investment gifted to east London by the London 2012 Olympic Games has enabled some 2,818 homes to be created on the 27-hectare site next to the Westfield shopping centre, Stratford International railway station and the Olympic Park. In total, 6,000 people and 23 retailers now call the East Village home.

It seems so obvious now, but plans for the development were a long time coming. In the early 2000s, developers Stanhope and Chelsfield agreed with landowner London & Continental Railways to regenerate 73 hectares of largely derelict land north of Stratford town centre and build a shopping centre and a new community.

Architecture, planning and design firms Fletcher Priest, Arup and West 8 were brought on board in 2002 to produce a masterplan for what became known as the Stratford City project. A planning application was submitted in 2003 and outline permission was granted in 2005. 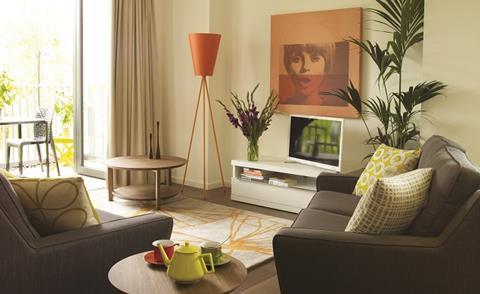 During that time, however, the project’s leadership underwent several changes. The decision to delist Chelsfield from the London Stock Exchange led to an asset sale, from which developer Westfield emerged with total control of Stratford City. This included both the area on which the firm’s mall now stands and the land occupied by East Village. The residential land was subsequently bought by the Olympic Delivery Authority, which, having failed to attract a private-sector partner, then acted as developer.

Other organisations soon jumped aboard. In June 2009, it was announced that Triathlon Homes, a consortium of developer First Base and housing associations East Thames Group and Southern Housing Group, would buy 1,379 homes, all of which would be affordable. That left 1,439 homes, which were sold in August 2011 to QDD, a joint venture between sovereign wealth fund Qatari Diar and developer Delancey. 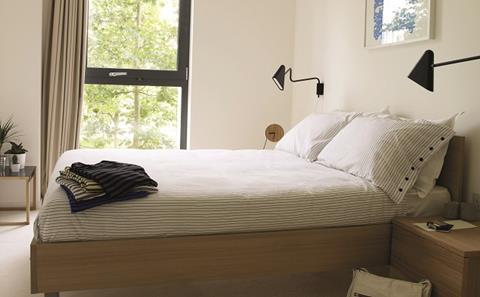 Stafford Lancaster, investment director at Delancey, remembers the acquisition well. “As a business, post-financial crash we were in a position where we had a lot of capital to invest,” he says. “But you could see the world changing. London was still a growing city, a prosperous city, but it was under strain in terms of rising prices and affordability problems. So we thought that it was the right time to develop a residential investment strategy.”

From the government’s perspective, QDD was a godsend. The acquisition laid to rest any fears that there wouldn’t be a market for the homes the ODA had spent so much money building. The fact that QDD pledged to rent them out in the long term rather than flog them to the highest bidder also chimed with the government’s aspirations for the games’ legacy.

“I think the thing that was a strong plus for us, as well as the price, was that we had this long-term, large-scale lettings idea,” says Lancaster. “It was very aligned to delivering the legacy, which was an important requirement for the government. If your money is tied up in something long term, you’re going to care about the legacy.”

Given how close East Village was to completion when QDD made its acquisition, the JV had little influence on the design of the buildings, although it made some minor interventions after the games. However, the 2011 deal also included several development sites, and on that front Delancey is leading the charge. 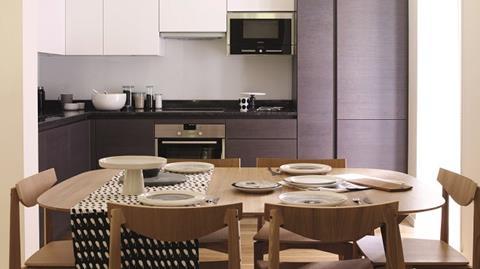 The developer is in the midst of building an additional 500 homes and hopes to be on site with another 500 early next year. There is then sufficient land for a further 1,000 units, meaning that when complete the East Village will have almost doubled in size since it hosted 17,000 athletes in 2012.

As far as Lancaster is concerned, the East Village is an exemplar of how large-scale, build-to-rent projects can work for both tenants and investors. The project hasn’t provided killer yields, but in the long term it is a solid investment. “The yields you generate on residential rental income are okay, but not amazing,” he says. “But they’re low-risk and in the long term very profitable. It’s not a get-rich-quick scheme, but as a long-term recurring performer it’s fantastic.”