What is shaping the build-to-rent market in Manchester? 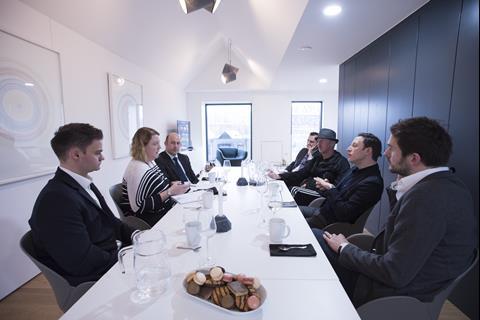 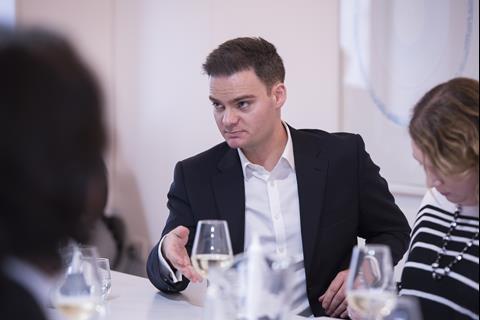 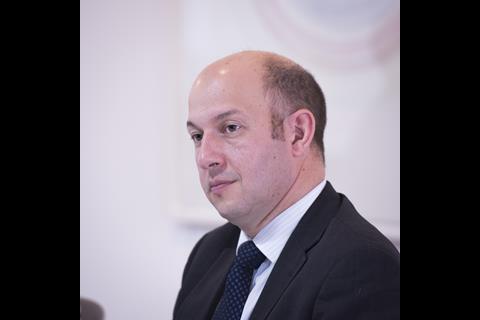 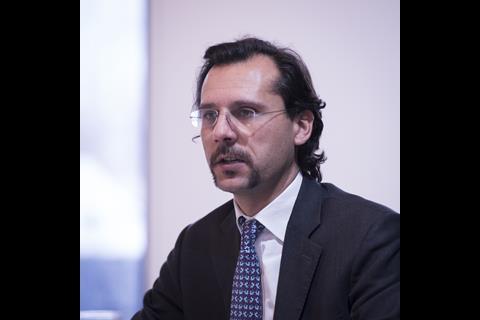 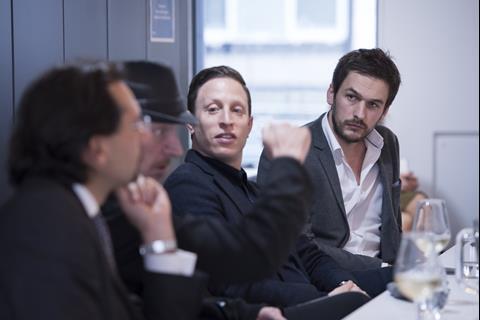 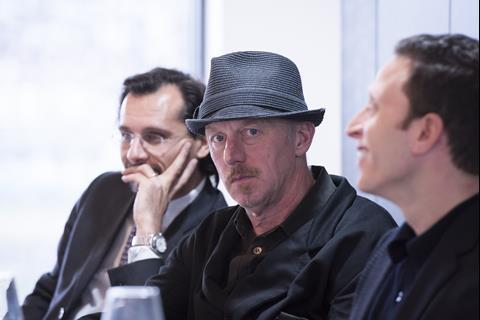 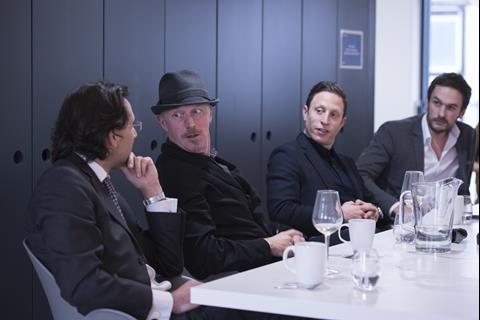 Manchester is one of the UK’s most successful locations for large-scale private rented sector projects. But what are the drivers of success? Yardi brought together a think tank to discuss future developments in the sector.

Why have you all chosen to invest and develop build-to-rent (BTR)schemes in Manchester?

Antonio: Manchester scores highly from a demographic point of view, and the high level of interest from institutional investors makes the city a compelling story. The choice of city centre sites was relatively ample and it’s a very walkable city. Young people want to be in walking distance of transport, work, entertainment and friends, and Manchester has one of the highest retention rates for students following graduation in the UK.

Matthew: Manchester was an obvious choice for us - it has all the drivers of urbanisation and the city centre has undergone a renaissance.

Tom: When I first came to Manchester years ago, there were 200 people living in the city centre and you couldn’t buy a pint of milk. Now 30,000 live here, and I believe it’s only just started - there will be a lot more growth.

BTR is very popular here - is Manchester going to have an oversupply problem?

Tom: What I do worry about is that there’s not enough diversity in what’s being offered. Most developers are building what I call “super efficient PRS” - very big buildings with long corridors and single-aspect flats of 500 sq ft.

Stefan: Roughly speaking, around half of all planning consents in Manchester at the moment are for BTR schemes. That is something that concerns me. Developers should be thinking about how their amenity spaces could potentially serve the wider community, and not be inward looking or duplicating what’s already there. There is a danger that as areas become gated off, we’re creating social ghettos where people are all from the same background.

Antonio: We’ve analysed stats of all private housing completions in Manchester. The peak will come in 2019 when 5,250 units will complete. Historically, the last peak was 11,000 units, and at the bottom of the cycle it was 1,500, and long-term average housing completion in Manchester has ranged between 7,500 to 8,500 per annum.

Paul: There’s too much planned at the top end. Developers are often expecting to get a rental premium of around 20%. You may get away with it for the first scheme when you haven’t got competition, but after that there’s only a finite amount of tenants who will pay these levels.

Matthew: The real test will come in 12 to 24 months when a lot of flagship schemes will be delivered in Manchester - only then will we start to see which price points in the market are truly deepest.

Let’s talk about the tenants - how will you differentiate your schemes and services?

Oliver: Service and flexibility. The biggest risk is voids. We want people to stay, and offer tenancies ranging from six months to three years. If something changes and they need to upsize or downsize, we will accommodate as much as possible.

Matthew: Rents in all cities, not just London, are not cheap. Manchester is becoming an early leader for BTR schemes and I predict that tenants here will develop higher expectations at all rental levels, and quite rightly. When occupiers become more sophisticated, this will help the market develop further, and service and affordability will be central to this.

Antonio: In the rental market there is not the same correlation between size and price as there is in the for sale market. If you build bigger flats, you might not be able to charge higher rents, but what it does achieve is tenant retention - and that reduces voids and boost values in the long term.

Tom: Here in Manchester we’ve supported the development of New Islington Free School and the creation of Cottonfield Park - Manchester’s first new park for 100 years. And everyone loves the barges on the canal - it’s a real community.

Is creating a community important?

Paul: The notion of having a customer as opposed to a tenant is very important. BTR needs great customer service. You have to make people feel comfortable that it is their home rather than just somewhere to live.

Tom: All the cost is in churn. You get voids, you’ve got to redecorate before new tenants can move in. There are good blocks and bad blocks in Manchester. Young renters in Manchester know more than we do about which is which. The best publicity is word of mouth.

How does the BTR market in Manchester differ from the one in London?

Tom: In other cities, values in the centre are the highest per square foot. In Manchester, it’s still more expensive per square foot to live in some of the suburbs than the city centre.

Antonio: We call it the reverse centre model. In Manchester, you can’t make the construction costs stack up outside the centre. In London, you can only make the returns stack up in zones 3, 4 and beyond.

Let me rephrase the question: what could London learn from Manchester?

Oliver: Outside London, local authorities are more receptive. Economically, London bounced back much more quickly than the regions, which have only really come out of the recession in the past couple of years. There is a lag but Manchester has led the way, and Sir Howard Bernstein [chief executive of Manchester City Council] has pioneered regeneration across the city.

Tom: Sir Howard is good at describing what he wants in terms of regeneration. You get a quick decision from planners - yes or no. One of the reasons I’ve never developed in London is because there are so many different local authorities, so many decision-makers.

Stefan: We should also ask what other cities can learn from Manchester. Other cities might have tall building policies and constraints on development. Manchester doesn’t have much written down in terms of development and scale - the planners are open to having a conversation.

Matthew: It’s become far more difficult for buy-to-let landlords, who are a huge part of the private sales market - the changing tax environment and stamp duty pressures will reduce the buy-to-let market at the same time as the institutional BTR market is gaining real momentum. This will also affect housebuilders and developers. If the sales market slows, a single-ticket sale to a BTR investor could increasingly become another attractive exit route.

How could Westminster politicians help the BTR industry?

Tom: Planning is not the biggest issue. Land supply is. Most land in this country is owned by the public sector in some form or another - local authorities, the NHS, the MoD. Quite often it’s not intensely occupied. They should be offered incentives to release plots for housing.

Stefan: The legacy of the ‘northern powerhouse’. This means Manchester and its connections, to all intents and purposes.

Paul: Politicians could help by recognising that BTR is a key part of the solution to the UK’s housing crisis alongside traditional PRS, home ownership and affordable housing.

What trends will we see in BTR as the market evolves?

Antonio: The number one thing tenants care about is price. Number two is quality of accommodation; three is security of tenure. They are not demanding cinema rooms and dining rooms for hire.

Tom: I would like to see more modular construction. Lack of skills is a fundamental issue we’re facing as developers. Construction relies on itinerant labour. It must be better to build a property in a factory with the same people working day in, day out. Site the factories next to colleges in the north, teaching people the skills, and the housing units can be taken by road to the south.

We have Grainger and Unite Group on the listed market, but will we ever see a UK residential REIT mirroring multi-family specialists in the US?

Oliver: I think we will. Purpose-built PRS in this country is in its ‘first generation’. A cultural shift has started to happen.

Matthew: The biggest hurdle BTR has faced is getting off the ground. This is happening now. There’s a huge amount of investment entering the sector but much more will follow once we start to see schemes delivered and performing en masse.

Paul: I agree - taking on development risk is a different ball game.

Antonio: What our industry should be doing is providing buy-to-let investors with the choice of becoming long-term BTR investors instead.