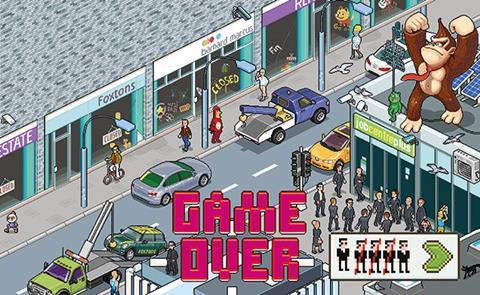 A decade ago no one had heard of Uber or Airbnb. However, in the space of a few years these ‘disruptive’ companies have transformed the global taxi and hotel/holiday lettings market - to the extent that people no longer hail a cab, they ‘Uber it’.

In common with the taxi and hotel markets, the property industry has barely changed the way it operates - fundamentally, the steps that people follow to rent, let, buy or sell property are exactly the same today as they were 100 years ago. And it is this seeming reluctance to embrace change that presents the biggest threat to the outmoded high-street property agency model - particularly in the residential sector.

According to research from online property valuation portal Property Price Advice, more than 95% of all new residential property searches begin online on sites such as Zoopla and Rightmove. Furthermore, research undertaken by easyProperty suggests that just 2% of people find their new home by looking at an estate agent’s window and 4% by walking through the estate agent’s door - at least 28% did not set foot inside an office whatsoever during their house search.

Consumer behaviour is changing at break-neck speed and over the past few years, we have seen a proliferation of new online agents seeking to take advantage of that change. This is poised to bring the same revolutionary change to the way people buy their homes as we have seen in the taxi and hotel sectors. The research suggests that while today, just 5% of UK house sales are done online, by 2018 that will have risen to 50% and by 2020, it could be as high as 70%.

So what does this mean for traditional high-street operators? Is it really game over for many of them? Or is the game only just beginning?

At the moment, the online estate agent industry is still in its infancy. Its current market share of all UK house sales is small beer. But just 18 months ago online agents only accounted for 1% of the market, according to easyProperty, so a five-fold increase is not too shabby.Moreover, further exponential growth is anticipated.

It is little wonder that savvy investors are queuing up for a slice of the action. Among the heavyweights already to have dipped their toes into the market are: Carphone Warehouse founder Sir Charles Dunstone, who has injected funds into HouseSimple; easyJet creator Sir Stelios Haji-Ioannou, who has thrown his weight and branding behind easyProperty; and TV property expert Sarah Beeny, who has launched her own online estate agency website Tepilo. Others, such as eMoov, have been oversubscribed on funding rounds when they have launched campaigns on crowdfunding platforms.

The reason these new ventures are attracting such big-name investors is their projected future growth and ability to win over house-buyers with the simple sales pitch of ‘come with us and we will save you oodles of cash’. 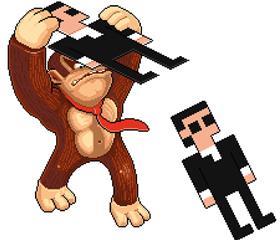 Panellist Vince Corley, a director at Countrywide Estate Agents, described online-only models as “unsustainable” and predicted fees would have to rise substantially in the next two years.

“Our model works,” he insists. “If you look at our projections it’s all very cashflow positive. It’s a profitable way of doing business so we can sustain those costs and price points. As for suggestions that this is a race to the bottom, our average basket size is about 30% higher than we anticipated it being.”

Indeed, it seems like a number of bricks-and-mortar agents might be in danger of joining the so-called race to the bottom. One online agent says he is aware of high-street agents charging commission as low as 0.5% just to stay competitive.

Another criticism levelled at online agents is that they cannot compete with the service levels offered by high-street operators as they do not have the internal expertise to deal with customer queries or feet on the ground.

However, online agents counter that the best person to sell the benefits of a home is the homeowner, not a high-street estate agent who is only interested in getting as high a fee as possible, so why not let homeowners manage viewings and negotiations with potential purchasers?

To guide sellers through the selling process, online operators, including EMOH, offer advice on how they can best market their properties.

“Our unique selling point is that we are not an online estate agency, rather an online property marketplace that empowers the homeowner by allowing them to sell their property on their own,” says Kamran Chaudhry, co-founder of EMOH. “We want to put the control back into the homeowners’ and buyers’ hands.”

Other online operators claim they offer service levels as good as - if not better than - traditional high-street agents. According to Rebecca Glen, head of marketing at Tepilo, which launched in 2009, customer service is at the heart of the company’s offer.

“Our service levels and knowledge on all aspects of the market are incomparable and our customers have our skilled team to support them through their property sale 24 hours a day,” says Glen.
Human touch

It is a similar message from eMoov. “We’re passionate about putting our customer at the heart of what we do,” says Quirk. “It’s how we’ve structured the business and what we pride ourselves on.”

The most effective online agency model is a blend of “tech and team”, he contends.

“A lot of our online competitors see automation as the be-all and end-all, but it’s important to have the right mix,” he elaborates. “That’s why we focus on building such an outstanding team
of people. Without them the tech platform falls flat, no matter how groundbreaking it is. People want that human touchpoint when it comes to selling their home, even when selling online, so it’s extremely important you have the people there to deliver the service as well as the tech platform to complement it.”

With volumes increasing all the time, Ellice believes the market could swing in favour of online agents more quickly than even some of the more bullish industry projections suggest.

“When you look at our estimates in September, the marketing spend of online agents on TV was £5m,” he says. “If you continue getting online agents spending that sort of money on educating the public on what the possibilities are, arguably take-up could be a lot quicker than we think.”

The compelling factor for these online-only operators versus high-street businesses is there are plenty of opportunities for them to grow sales volumes. Some are already weighing up offering commercial properties for sale and rent, whereas others are eyeing up overseas expansion.

EasyProperty is about to launch a tool in conjunction with web platform Clicktopurchase that will enable people to exchange legal contracts online - something the company claims will be an industry first and will open up the overseas market.

“It’s a game-changer that will work well with new-build stuff,” says Ellice. “Developers will be able to sell properties overseas online, which cuts the cost of taking developments to the Far East and traipsing around with loads of staff. We can enable someone in China to buy a flat in the UK from their living room.”

So how can the traditional guys fight back? Some have already taken a stance of ‘if you can’t beat them, join them’. Earlier this month, online agent Hatched was acquired by bricks-and-mortar estate agent operator Connells. EMoov’s Quirk is sceptical. “There is no point in acquiring an online agent if they approach the online sector with the same stale high-street mentality,” he says.
Nick Stewart, marketing director at MyHomeGroup, operator of the online estate agency website SellMyHome, which was founded in October 2013 by former Knight Frank estate agent Will Clark, is similarly unconvinced that traditional agents have the will or wherewithal to embrace change. 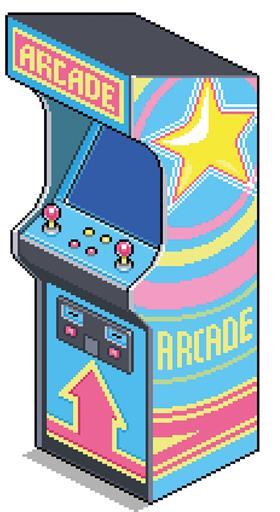 “The response from the high street over the last two years to the threat of online agents has been symptomatic of the perceived arrogance within the industry and its refusal to embrace technology to deliver a better service,” says Stewart. “Instead of focusing on their service proposition, they have buried their heads in the sand. This is the only industry that has failed to embrace the technology
of the 21st century, but that period is now over.”

This does not necessarily mean that it is game over for the high-street agent as we know it, says Tom Harrington, managing director at HouseTree.

“There will always be a space for high-street agents; however, the numbers will reduce,” he believes. “It will be the agents that adapt to change and that have a strong brand that will last. Smaller, less successful agents will struggle and there will be further drops in agents’ fees in order to compete with online agents.”

As with all emerging technologies, the race between online agents for volume will see some fall by the wayside, with a handful going on to become market leaders. However many survive, the numbers suggest the online model has already gained traction and is not going away any time soon, so traditional agents ignore it at their peril.

“When I started eMoov five years ago, the high-street sector was quick to dismiss it as a fad,” says Quirk. “Now they’re starting to realise that this is the future of estate agency.”

MyHomeGroup’s Stewart agrees. He argues urgent action is needed as “the reputation of estate agents can’t get much lower”.

He is unequivocal about what will happen if they don’t. “If traditional operators can improve their customer service to deliver against what homeowners want, if they can find a way of explaining why they charge the fees that they do and why they use a commission-based structure that runs in the face of all logic, then of course they can survive,” says Stewart. “If they can’t do these things, then the future looks extremely bleak for them.”
For some, it may already be the end game - even if it isn’t quite game over yet.

How the online estate agent models stack up