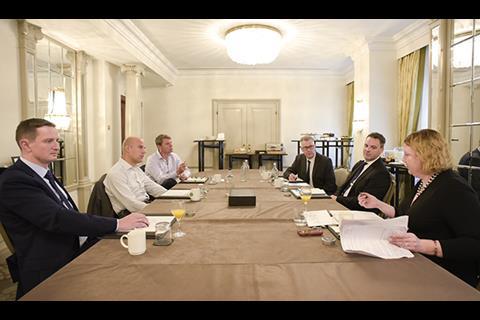 Funders are now eager to invest in mixed-use schemes 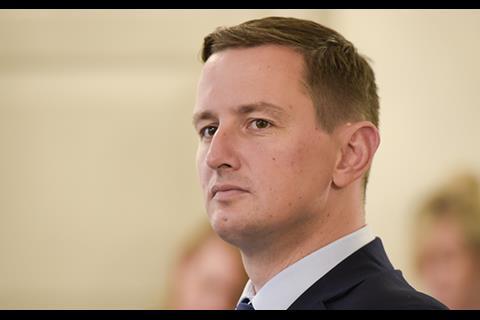 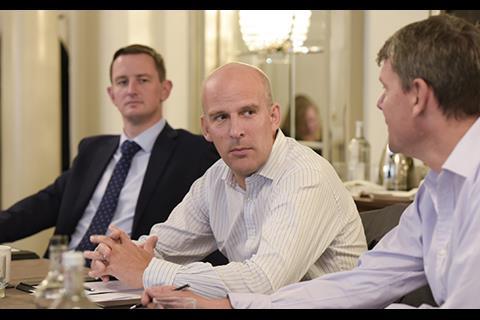 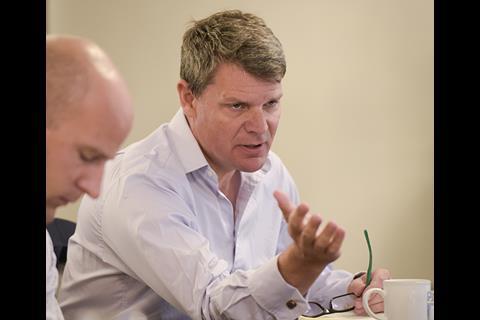 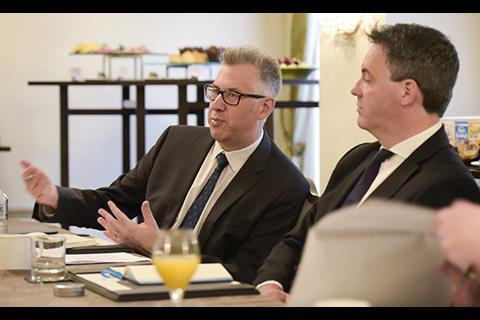 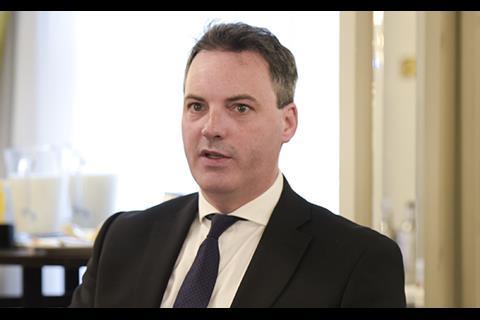 A generation ago, developers worried about the concept’s viability and the effect on values. Today, planners and developers are firmly on board, as they see the overall benefits a mix of uses can bring to a scheme.

Yardi brought together a panel of experts to discuss future developments in this area.

CB: Let’s begin by debating what have been the biggest changes to mixed-use over the past decade.

BG: The biggest change was the last recession and what that meant for development sites. With the residential tap turned off, you had to look to other uses to bring schemes forward.

MA: Mixed-use is the new normal. The biggest change has been the perceptions of funders and occupiers. Ten years ago, they might have felt a mixed-use scheme was ‘pushing the boundaries’ and it was hard work to convince funders in particular that a scheme was going to succeed. Now, they actually want to invest in mixed-use schemes - that’s a fundamental shift. 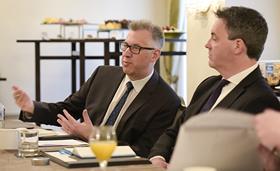 VN: [There is more] enthusiasm from local authorities towards mixed-use, and much more flexibility. Yes, we like our zoning and masterplanning, but that comes from the pressure we’re under to deliver housebuilding targets. But I definitely see more flexibility in the public sector.

BG: We have flexible planning consent on several plots of land at Wembley Park where we have outline consent from the local authority to develop offices, residential, hotel space or student accommodation above ground-floor retail. This allows us to respond to changing market conditions rather than have to go back and get the planning consent re-zoned.

AH: Ten years ago, developers were not structured to be mixed-use developers; they had a retail team and a separate office team, all operating within silos. This has changed - it’s not all about sticking a couple of hundred flats on top of a shopping centre any more.

AS: I still think the industry is very siloed. It has taken me 30 years to actually understand all of the property sectors within mixed-use. People tend to specialise very early on in their careers. There needs to be a lot less siloing of great talent.

CB: Where is there still need for greater innovation?

AH: Mixed-use architecture. Like developers, architects tend to be very specialised. Finding one who can do it all is still very hard.

AS: Ten years ago, it would have been almost unthinkable that we would have leased the restaurants in a mixed-use office scheme before the offices. Now, it’s a prerequisite. Office occupiers want to know what brands will be there, as this sets the tone. 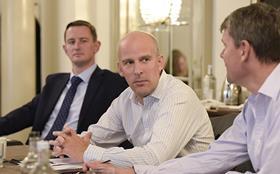 MA: Funds have finally got what the concept of place-making is all about: creating sustainable places with good transport links and high densities. That’s where long-term value is inherent, but it’s taken so long!

AS: You have to be a long-term holder of mixed-use schemes, otherwise you won’t reap the rewards. Sometimes, you have to take painful short-term financial decisions to get long-term growth. And that growth tends to come after five years - sometimes, after ten.

BG: At Wembley, Quintain has invested heavily in providing amenities up front. There are shops, hotels and a cinema; this is key to promoting the area and creating a place where people want to live early in the cycle.

VN: Towns and cities are all competing with each other - for shoppers, for jobs, for residents - so what we need is distinctiveness. Local distinctiveness comes from a local mix of things. The key is having a shared vision (forgive me, I work for a local authority so I have to use the ‘v’ word).

BG: But it is crucial that the CIL (community infrastructure levy) money is re-invested by the councils on, or in close proximity to, the site that generates this windfall.

VN: I’m not going to argue with that - it goes to the heart of creating buzzy places. The challenge now is extending the range of uses even further, almost to a fractal level. What other things will fall off the back of that process? Having a mix of uses definitely gets the ball rolling.

CB: Often, mixed-use is a byword for a large regeneration project. So what can developers and local authorities do to ensure their schemes stand out from the crowd?

MA: One criticism of mixed-use is that it can be a bit homogenous, but it doesn’t have to be. Muse is working with partner Umberslade at Wapping Wharf in Bristol, where housing overlooks the floating harbour where all the retail space is let to independents, many of whom are selling locally sourced produce. It’s cool, it’s hip and it’s working. It’s now a desirable residential area, and there’s even some workspace too.

CB: So what else should developers be providing in the mix?

AS: Retail has changed so much over the past decade. Online shopping has changed the game, but people still want experiences and see shopping as a leisure activity. So increasingly, where they choose to go and shop is about going where there is culture and entertainment.

AH: Mixed-use schemes can have cultural anchors - Montagu Evans is advising the National Railway Museum in York regarding them being an anchor for York Central, and look at the development of the V&A Museum in Dundee. The local authority there invested a lot of money, and the change is unbelievable - tourism has increased, there are hotels opening up, the station has been redeveloped and the residential market is flying. Education is also very important. If I can get into a town or city with a good university then from a development point of view that’s excellent. 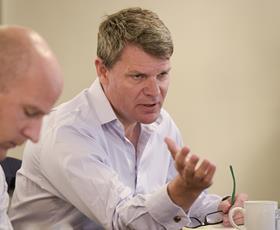 AS: Culture has to be the most difficult thing for developers to deliver. We can’t do it all. Developers shouldn’t be arrogant about control - we need to partner to bring things together.

VN: Westfield [the shopping centre developer] has just bought a Broadway theatre company, Scott Sanders Productions. For town centres who are all competing against each other, that’s potentially game changing. Developments need to have an edge. Looking ten years ahead into the future, I think we are going to see much more of a mix of things going on in places, not just the mix of uses which is baked into the buildings.

MA: Quite often, towns have festivals and farmers’ markets, but they’re being held in areas and spaces that are not ideal. This comes back to what we can do as developers: provide public-realm facilities needed for these uses to flourish. It’s symbiotic: if it’s successful, more people will come.

VN: Yes, we had the new outdoor spaces that we’re creating in the new regenerated Bracknell town centre audited by a theatre technician so we could future-proof them in terms of what power, data and other facilities were needed.

AS: People are craving new experiences. We have a pop-up rooftop restaurant and bar, Pergola on the Roof, trading on top of a multi-storey carpark in White City, and they’ve served 72,000 meals in the past two months. People want to go out and find something different. This is hugely connected to the rise of social media - people want to tag themselves as being the first to experience a new thing.

CB: How can mixed-use developers prove that what they’re doing creates value, as well as creating a sense of place?

AS: Culture does have a knock-on effect on property values. At Television Centre, the cultural heritage of film has definitely added value per sq ft to the residential upstairs. But that scheme in Bristol - the developer has taken a risk by accepting lower rents, and weaker covenants by taking local independents. Ultimately, if you create a place where people want to live, the values will improve.

MA: It is hard to empirically prove it until you get to the very end, though.

CB: How can local authorities be a better partner to developers?

BG: By understanding that the initial masterplan will not be the final masterplan that is delivered, as things need to evolve over time. This goes back to the earlier flexibility and speed of delivery point.

AH: Local authorities want to know the complete story before you even start. 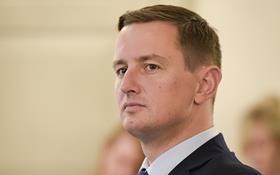 MA: Unitary authorities are generally getting their act together. Two-tier authorities - where there is county and local government - are still often inherently more challenging to work with.

AS: There is an obsession with delivering too much in the first phase of a large mixed-use scheme. Towns and cities should evolve over longer periods of time. Look at King’s Cross - that was small parcels of land developed piece by piece, and now it all looks fabulous and proves that it can be done.

VN: The problem for local authorities is that we’re trapped in a system of logging housing targets. I believe that a masterplan should be a shared statement of intent that is capable of being changed.

MA: When you boil it down, it’s about trust between the local authority and the developer.

VN: It’s trust and risk. You can take risks if you trust people.

CB: Transforming legacy retail schemes seems to be a rich seam of work for developers to mine.

AH: It is notable that local authorities are using their very cheap funding resources to buy back town centres from developers. Examples include Canterbury and Woking, which won a BCSC award for best refurbished scheme. 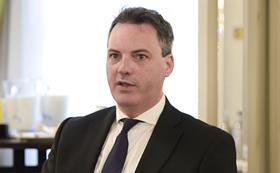 VN: Woking’s chief executive is a pioneer. He also set up a waste-to-energy plant in Woking that sells energy. Creativity is fundamental to this - we need developers who are not sitting in boxes matched with local authorities who are prepared to take some risks.

AH: The first thing I think when weighing up a legacy shopping mall is ‘can we take the roof off?’ You could be in Camberley, Carlisle or Torquay and you’d never know. And so many malls close at 7pm. You can’t often then walk from one side of town to another.

AS: There are a huge range of 1970s and 1980s shopping centres that were clearly designed by men who never went shopping! It will be a 50 year project to reinvent them.

CB: And finally, what about innovation in the residential sector?

AS: Customers want to be a part of something, not behind a locked door in a flat. They crave contact, whether it’s through a gym or a café.

MA: Providing scheme intranet - a branded intranet site for a development - is becoming increasingly common, and is an idea imported from multifamily housing schemes in the US. You can log on and report problems, find community posts about events, check gym classes, and receive promotions from local restaurants.

BG: This needs to be matched with innovation in the planning system, with policy recognition that PRS (private rented sector) should have different rules for Affordable Housing as well as design requirements such as amenity provision and units off a corridor. The Affordable Housing provision needs to better reflect the economics of the PRS model, which is build and hold, and which is clearly different to the traditional ‘for sale’ model. That hasn’t yet been recognised.