Editor: Your post-election commentary highlights a “resurgent SNP” and pressure on Westminster to deliver another independence referendum. The quote from Alex Price refers to the results “creating uncertainty in this region” – arguably true, but it’s worth examining if any uncertainty is justified. 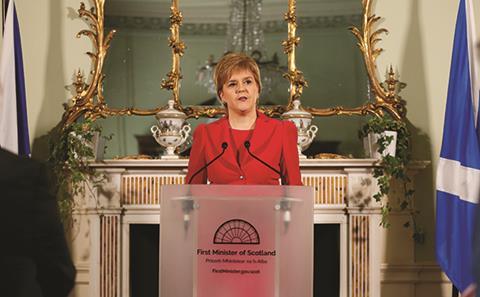 The Scottish independence referendum in 2014 saw support for secession at 45%. The SNP enjoyed a surge of support at the 2015 general election, winning a remarkable 56 seats (out of 59). That dropped significantly in the 2017 general election, to just 35 seats. The SNP achieved 48 seats in the 2019 general election – but it is worth noting the SNP share of vote was again that same 45% figure.

While it is clear that first minister Nicola Sturgeon will keep the question of a second independence referendum on the table, she has previously indicated that support for independence would need to be consistently above 60% before having another poll. With the majority of opinion polls still showing a minority want independence, that is not going to happen imminently.

Probably the most important factor that indicates we won’t see a second independence referendum any time soon is the decisive response from the prime minister after his election success in December. A referendum would need a section 30 order approved by the UK government - and following the constitutional turmoil unleashed by the Brexit vote in June 2016, there is unlikely to be any appetite in London to roll the dice on Scottish independence.

My own personal view is that Scotland is going to be part of the UK for many years to come. In the meantime, Scotland can enjoy the best of both worlds.

Meanwhile, the Scottish government has been successful in making Scotland more attractive to international investment. It has shown a welcome commercial approach to stand behind property policies to create growth in Scotland – for example, PRS/BTR purchases in Scotland do not attract ADS as they do in England, while landlord and tenant law in Scotland puts a landlord in a robust position. We are likely to see more pro-growth policies in the years to come – and smart investors shouldn’t hold back due to any political concerns.