The balance between protecting green belt land and delivering government housing targets is one that has always divided opinion. Yet, the misunderstanding and simplification of the term ‘protected green belt land’ is arguably the source of this contention. 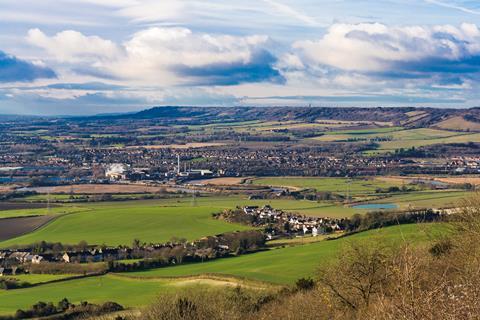 The balance between protecting green belt land and delivering government housing targets is one that has always divided opinion. Yet, the misunderstanding and simplification of the term ‘protected green belt land’ is arguably the source of this contention. Despite the data released on Monday, only 0.02% of green belt land has been built on for residential purpose thanks to existing protections that are in place.

If we are to deliver much needed homes, a pragmatic approach must be taken. Councils are working on ancient local plans which are incorrectly marking settlement boundaries that in turn preventing any proposed developments receiving the green light. Councils aren’t possessing any common sense and rejecting permission of developments that would finish the vernacular of a street scene with no harm, or a valuable windfall site for the council.

For rural communities to avoid becoming ghost hamlets, we need to support them by encouraging developments to continue with updated settlement boundaries. The struggle for the under 30s is finally being battled with a new attitude to developments – YIMBY. Replacing the outdated attitude of NIMBY, a trend common with the over 55’s, arguing that new developments will disrupt their community, YIMBY (Yes In My Back Yard) will ensure that communities thrive for years to come.

By Andy Scott, chairman and founder of RelCap

According to the latest statistics, Green Belt land decreased less than 0.05% in 2016-2017. Despite what the name suggests the reality is that little of the Green Belt is valued for its landscape and some is already developed for a multitude of purposes.

The revised National Planning Policy Framework published at the end of July makes it clear that Green Belt boundaries should only be altered where exceptional circumstances are fully evidenced and justified. This means that any planning authority must be able to demonstrate that it has fully examined all other reasonable options for meeting its identified need for development.

Extensions to boundaries and building on the Green Belt are only likely where the local authority has already made use of suitable brownfield sites and underutilised land, optimised the density of development on existing land set aside for housing or has reached an agreement with a neighbouring local authority in order to take on some of its housing needs.

While building more homes to tackle the housing crisis is one of the government’s main priorities, it is quite clear from the revised NPPF that this is not to be at the expense of the Green Belt. It’s worth keeping in mind that the drive to build new homes is taking place predominantly on brownfield and urban sites.

The government has highlighted its commitment to Green Belt protection for some time now and the revised framework will go some way to improving clarity around the planning requirements for new housing. However, the call from the CPRE for departments to work together is to be welcomed and probably reflects the legislative position in relation to the duty to co-operate. While it is important that brownfield sites are redeveloped, some locations will still need economic and housing development where there are no brownfield sites available.