Brexit may not be as disastrous as people think

Most of us will be over the shock of last week’s election results by now, except perhaps the pollsters… 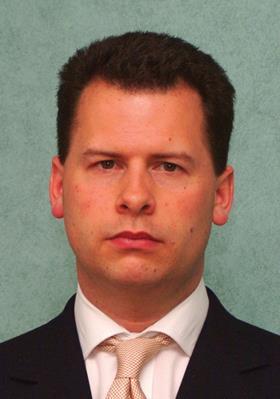 As with the previous Scottish independence vote it would seem that, for many, the head ruled the heart as the electorate rallied to the cause that has delivered a largely unexpected return to growth in the UK economy.

On the face of it, a Conservative win should be seen as a positive outcome for investors in general and for those more focused on the UK real estate sector in particular. A more interventionist or less business friendly government might have dented investor interest in the UK. Real estate is correlated with the wider economy so anything having (or even perceived to have) a dampening effect on that, would affect real estate too.

In speaking with investors both from the US and Asia it would seem that they were watching events in the UK relatively closely last week. Indeed some were even hoping that any short term political uncertainty might have created buying opportunities. A divided result in the election could have dented confidence and pricing in the UK market. Having said that, they all acknowledge the positive outcome for the UK in terms of the benefits of continuity in management for UK PLC.

The real fly in the ointment is the referendum on Europe and the risk of ‘Brexit’. Again some believe that the head will rule the heart and that voters will see that the benefits of remaining in Europe outweigh the disadvantages. The issue today is that many of the benefits are intangible or indeed invisible to the wider population. For example, the considerable importance of free trade within the European Union to the UK economy is widely misunderstood by the general public.

A recent report from two German think-tanks suggested that the cost of exiting the European Union could be as much as 14% of the UK’s GDP. Although this represents a massive reduction in growth it is worth highlighting that UK growth is expected to outstrip the other major European economies by more than this over the medium term.

Opinion amongst investors is somewhat divided on Brexit. Many feel that it would be damaging to the economy and PMA has forecast that it could lead to a 25-30% drop in London office values.

Whilst there is no doubt that Brexit would be harmful to the UK economy over the medium term, one has to question whether it would seriously dent international appetite for UK real estate. One overseas investor I spoke to highlighted a China slowdown and rising interest rates as being of greater concern.

As one of the most liquid and transparent markets in Europe, the UK is likely to continue to attract significant capital flows even if it leaves the European Union. There is an argument that it might weaken the European Union further as the burden of salvaging the weaker economies would be even greater on the likes of Germany and perhaps France.

The UK market also offers structural benefits over other economies that even a Labour government would probably have been unable to reverse. For example, employment law is more business friendly in the UK than any other major European economy.

Last and by no means least the significance of the City to global capital markets will ensure that the UK continues to benefit from a vibrant financial services industry even in the event of Brexit. Perhaps the capital markets wield more power today than any government is capable of… even in a world with greater regulation and controls.