Can we expect more ‘hobbit homes’?

Editor: With changes to planning mooted in order to hit government housebuilding targets, the drive for quantity may have a negative effect on the quality of space in UK homes (‘What does the election result mean for the planning system?’). 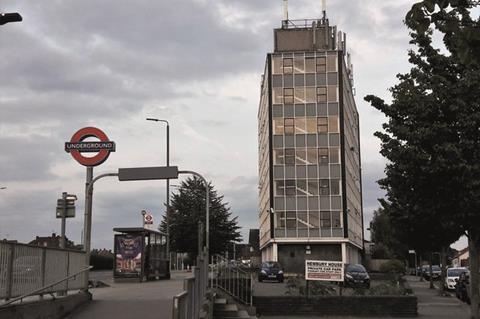 Developers and housebuilders are confronted by a lack of land and a construction skills gap, making projects difficult to undertake. Meanwhile, long-winded planning processes and high land prices driven by the protectionism of green-belt land continue to stifle growth.

The government wants to prioritise brownfield development and preserve the green belt, so the industry may have to make more effective use of the space that is currently available.

Extending permitted development rights to include demolition and rebuild is a practical way to meet demand without requiring new space.

However, developments such as Newbury House in Ilford (pictured) that reportedly feature flats measuring 12ft by 12ft fuel concerns that PDR is driving down standards. Secretary of state for housing Robert Jenrick has stated that although PDR has contributed to improved housebuilding figures, there are examples of poor practice within the scheme.

While the reuse of commercial buildings for homes has been touted as a housing crisis solution for years, only now that it is under way has unit size become an issue.

Modular housing may help contribute both quality and quantity. The construction quality is far above its ‘prefab’ predecessor and its popularity in countries such as Germany and in the student housing market show that it can play an important part in increasing housing stock.

On the other hand, the prime minister may have to compromise on quantity to maintain standards. Notably, the government’s targets constitute a reduction on the 241,130 units built in 2018-19. Perhaps these are signs that the government does not want its targets to start a race to the bottom in terms of quality.

The prime minister could be faced with allowing more of the “hobbit homes” he once denounced or fail to meet his own pledge.