Editor: Kwasi Kwarteng’s Budget aside, the development sector might come away from the Conservative Party Conference with some reason to be cheerful, especially if recent soundings from the DLUHC team at fringe events come to fruition. 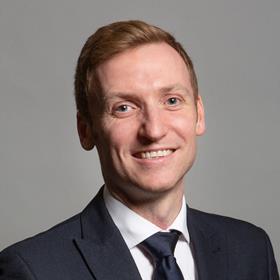 New housing minister Lee Rowley stuck to the government’s guns on levelling up, against the backdrop of a new Planning and Infrastructure Bill, as well as shunning nationally set housing targets.

However, the increasing tension between the government’s growth plans to deliver housing and the long list of environmental constraints surfaced loudly among members, albeit without clear direction.

Criticism was also levelled at Natural England, Homes England and other government quangos for their perceived lack of action to facilitate and encourage growth across the country.

Up in the North West, Labour’s conference also focused on the levelling-up agenda, addressing a need for “London-style” transport systems in cities outside the capital.

A notable feature of Labour’s conference was the number of young activists at fringe debates proudly stating they were ’Yimbys’ (’yes, in my back yard’). The party activists called for housebuilding in their communities, with passionate speeches given by young people who feared they would never be able to get on the housing ladder.

Addressing the issue, Sir Keir Starmer outlined his ambition for the UK to become a homeowning nation, with 70% of the country having their own property. In a week that saw several mortgage providers pulling their products, he also announced that a Labour government would guarantee those who could afford it would be able to receive the finance for homes.

Other talking points included shadow secretary of state for levelling up Lisa Nandy’s proposal to boost council housing stock, a massive overhaul of the water industry and of course the announcement of Great British Energy.

Playing out more like a soap opera, all eyes were on the party conference season this month. However, a deep dive beyond the headlines would show some interesting proposals put forward on both sides, which could have huge ramifications for the built environment. We’ll just have to wait and see who will be setting that agenda in the months to come.