Don’t get caught out – always check who signed the lease

Emanuele Midolo’s feature on the new US embassy in Nine Elms contains an interesting comment from a US state department official, which indicates that the embassy was funded by property sales including that of the former US Navy HQ at 7 North Audley Street/20 Grosvenor Square. 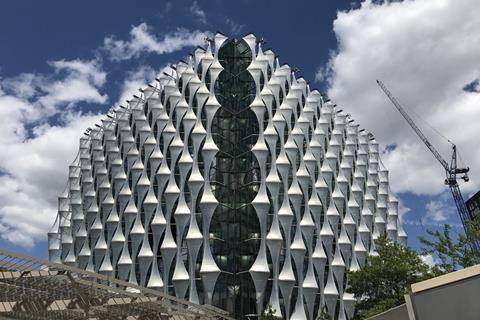 When the US Navy was ordered to ‘go to zero’ in the UK in 2006 and return or sell its properties, it was the Grosvenor Square HQ (originally purchased on a 999-year lease from November 1947 for £164,150 and an annual rent of £100) that was clearly going to be a big moneymaker.

However, the story that reached my ears was that when US Navy officials started making plans to pick up the £250m cheque from buyer Richard Caring, an eagle-eyed US state department official swooped in and pointed out that, even though US Navy officials may have negotiated for the property with freeholder Grosvenor just over 70 years ago, the lease itself was signed by John William Bailey (at the time a junior consul of the US embassy then located at 1 Grosvenor Square) on behalf of the state department’s foreign building office (what is now the Bureau of Overseas Buildings Operations). Natch!

Find out more - US Embassy relocation: was it a bad deal?

To rub salt in the US Navy’s wounds, it seems that the same status applied to the 8,990 sq ft, eight-bedroom Romany House set in 2.09 acres on Portnal Rise (part of the Wentworth Estate in Surrey), which was purchased for £16,250 in 1947 for use by the US Naval Attache. The house was originally retained by the British Admiralty for the US Navy during the Second World War before a deal was struck to purchase it for use by the senior US naval commander in the UK.

Romany House was sold for £4.6m on 20 May 2009 through Surrey agent Barton Wyatt. The property’s proximity to a fairway at one of Wentworth’s golf courses provided extra appeal and, subsequently, ‘readies’ to help pay – not for new US Navy ships but for a new US embassy.

And the property fundamental takeaway for today is… always check who signed the lease!