Downward rent reviews: is this the time to create a new norm?

With the issue of over-rented property hitting retailers hard and current market conditions showing no signs of short-term change, is the time right for downward rent reviews to now become a reality? 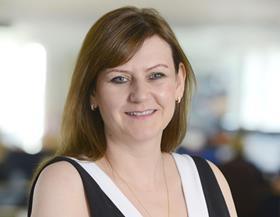 When House of Fraser’s CVA was approved by creditors last month, it reportedly came only after a strong backlash from landlords. Now the department store chain has labelled its landlords “greedy” for resisting new owner Mike Ashley’s attempts to cut rents on the department store’s 59 outlets.

Like many retailers with old property stock, years of upward only rent reviews had left House of Fraser with a significant deficit between the rent they were paying and the true market rental value. Upward only reviews have ensured that the changing market conditions of recent years were not reflected in the rents payable under these leases, leaving House of Fraser with a vastly over-rented property portfolio. In some cases, retailers have been tied into 25 year leases, which only compounds this issue - but are CVAs just a short-term fix to a much wider problem?

Over-renting is not unique to any individual retailer. The situation is similar across the high street; replace House of Fraser with M&S, Debenhams, New Look, B&Q, Homebase, Wickes and more. We’ve also seen the same story in the restaurant sector, with Jamie’s Italian, Carluccio’s and Byron amongst those struggling.

Upward only rent reviews have been the norm for as long as anyone can remember, universally expected by landlords and accepted by tenants. However, with the perfect storm of business rates hikes, increased online competition and rising import costs all squeezing retail margins, rising rents have become unsustainable. Incremental increases in labour costs since the introduction of the National Living Wage and rising high street parking charges and extended hours of charging are also having a massive impact and hitting the bottom line. 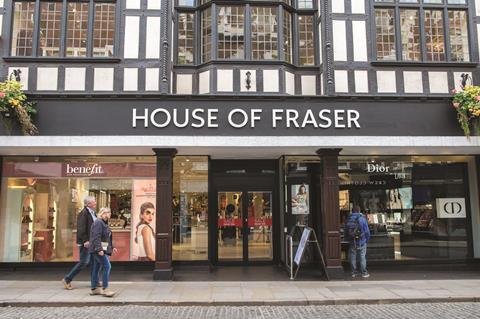 Now, the British Property Federation (BPF) has called for the Government to conduct an ‘urgent’ review to prevent CVAs from being abused by retailers. In some cases, it is argued, CVAs are being used as a loophole to reverse rising rents across vast property estates. Tenants, of course, would argue this is a necessary solution to over-rented property. In any event this only applies to existing leases and doesn’t address the issue of rents going upwards only on new leases via the upward only rent reviews in them. Maybe the time has come to address this underlying issue?

The concept, of course, is not new, but for many years downward rent reviews have been just a pipedream for tenants. Landlords would never accept them and tenants would only aspire to have them agreed.

There has been some progress in that it is now not so unusual to have capped and collared rent reviews so the tenant has the comfort of a maximum increase and the landlord is guaranteed some rental growth. However, is the latter fair if this does not follow the direction of the market rent? We are, after all, a market based economy and this artificial constraint in contracts (leases) is an anomaly in this setting.

If one thing is clear, it’s that the property industry needs a catalyst for any major change. The unique combination of the current market conditions and strong retail tenants looking to reduce costs means that this could be the opportunity for tenants to bring downward rent reviews to the negotiating table which would be a game changer.

So what needs to happen? Above all else, it needs a joined up approach. There are still tenants out there in acquisition mode and with the requisite bargaining power because they are still growing their estate portfolios and trading well. If just a small number of these joined forces it could be pivotal.

With the right approach and in the current climate, this could create a tidal wave of change which would strengthen the position of buoyant retailers and throw a life line to those struggling. Retailers must strike while the iron is hot and take advantage of these unique market conditions in order to challenge the upward only reviews.