Fuelled by the naysayers, Hull is driven to succeed

We were amused to see the comments in some of the recent Hanover Square cartoons relating to Hull. As frequent travellers to the city, we have seen major changes over the past few years. 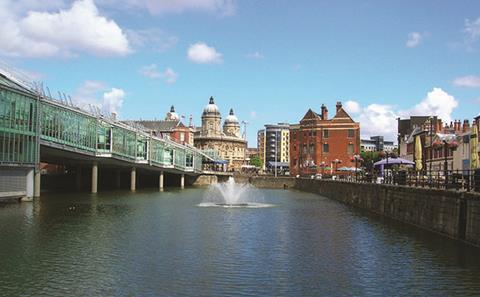 Hull’s status as the UK City of Culture 2017 is having a clear and meaningful impact on the city as a whole, with many investors acknowledging its upturn in appearance and status as a cultured northern city. And these aren’t just investors looking for ‘fish-gutting sheds’ for their next unemployed whippet dance school either.

The diverse range of culture-centric changes and events, such as the major art exhibition hosted by the city’s university (displaying portraits commissioned by the National Portrait Gallery), has led to projections of footfall in Hull this year reaching one million people. In addition, £25m has been spent on new roads and public walkways in the city centre, giving it a new, brighter lease of life.

In the past, there have been clear economic and social benefits arising from cities previously perceived to be ‘dumps’ filled with an ‘illiterate’ population being designated as cultural hubs.

Liverpool’s 2008 stint as European Capital of Culture generated £753.8m for the economy and attracted a 34% increase in tourist numbers. These factors have brought Liverpool to the forefront of northern ‘super-cities’, and it is clear that Hull is on the same track.

There have been other large-scale developments and initiatives to further the city’s already impressive progress. Princes Quay (pictured), for example, has been the recipient of a £20m regeneration project, bringing in a host of new outlet and leisure opportunities.

Only last week, it was announced that nine buildings were to receive listed status, including a public toilet (which Douglas reportedly purchased for £800,000 in your cartoon). It is clear that Hull is a city on the rise - it is driven to succeed, fuelled by the naysayers. UK City of Culture 2017: Hull’s rebirth.