Editor: In his recent article, Greg Hill highlighted the risk that a rise in the Public Loans Work Board rate poses to regeneration and housing schemes supported by local authorities. 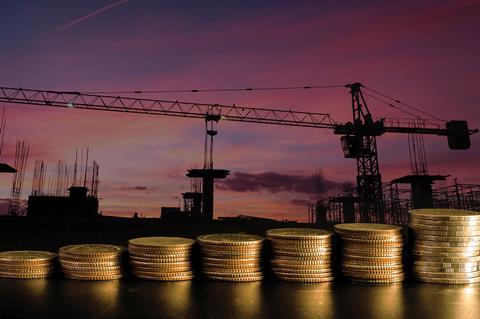 This is yet another example of why we need a diverse combination of public and private investment to address the UK’s housing crisis.

Under changes to the PWLB rate, local authorities will pay more on borrowing next year. The change is being widely reported as a move to deter their aggressive acquisition of commercial real estate but, as Hill notes, a significant amount of the £12bn borrowed by LAs last year was funnelled into housing and regeneration projects.

A rise in the PWLB rate is likely to affect the extent to which LAs are able to invest in housebuilding and regeneration. And although in the general election campaign the Conservatives pledged to build one million new homes by encouraging private sector housing, the provision of low-cost, accessible homes remains a pressing need.

It is estimated that 8.4 million people are affected by the housing crisis, living in unaffordable, insecure or unsuitable homes, or are homeless. Shelter has said that three million new social homes must be built in England over 20 years to solve the housing crisis.

Given the scale of this issue, we need to access as broad a pool of capital as possible and we should think of new ways in which fast-growing alternative finance and private investment can be committed to support accessible housing developments. For instance, allowing LAs to channel funds through alternative finance platforms would see the money go directly to developers to help them build the homes the country so urgently needs.

In addition, private investment could be promoted by policies such as tax breaks for individuals lending to accessible housing developers or relaxing the rules around pensions and SIPPs to allow private pension holders to include such loans in their portfolios.

Property developers are turning to all manner of creative solutions, such as an array of modular housing and modern methods of construction, to try and speed up housebuilding. We should be similarly innovative and resourceful in seeking the right funding mix, to allow these urgently needed housing developments to be built as quickly as possible.