Office-to-hotel sector has some key issues to overcome

In response to office-to-resi article (‘Office to resi: a shot in the arm for the housing industry’, PropertyWeek.com, 23.08.16), I am most interested in following the office-to-hotel market. 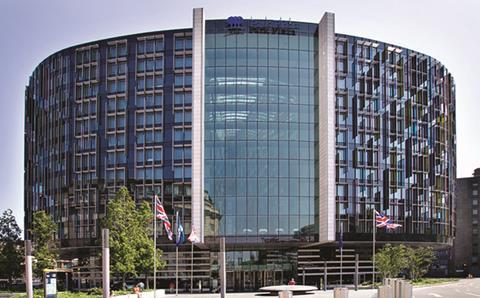 One of the big issues is daylight. A typical office floorplate would give you three strips of hotel rooms (lengthways) where two outside rows of rooms get daylight from either side of the building, but the middle ‘corridor’ gives you interior rooms with no daylight. Some of the very low-budget brands can cope with this - easyHotel, Tune, Whitbread’s Hub by Premier Inn and others… and one hotel, The Britannia in Manchester, even painted in windows with a view on the wall.

Some upmarket hotels have also turned this into a feature by offering these rooms to aircrews, who may want to sleep in the daytime.

Even at the five-star end, the Shangri-La at The Shard has too much daylight, with rooms having a direct view into other guest rooms, due to the design of the hotel - too much view. Or The Park Plaza Westminster Bridge (pictured), with its modern curtain-wall spherical structure.

However, there is one sector that can overcome this issue: hostels (there are some 80-plus operations in London alone), where the building will house 200-plus beds, but in dormitories of six to 10 beds per room, where the layout can be widthways, light is allowed in at each end of the room.

Dev Anand is managing partner of The Hotel Property Team