Editor: Labour’s pledge to ditch permitted development rights (PDR) is one more reason to fear the ravages of the Labour Party gaining power. 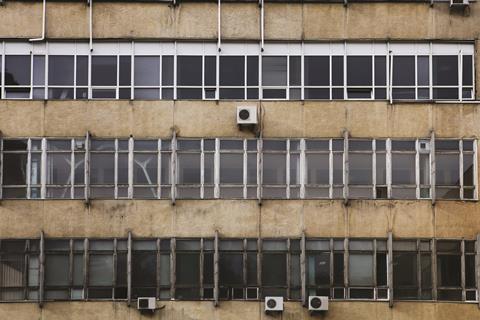 PDR was the ‘boil-in-the-bag’ solution to the lack of housing, particularly in the capital. While we have an excess of ramshackle office buildings, the supply of new homes was being constrained by a glacial planning process and the reluctance of conservationists to release greenfield and brownfield sites for development.

PDR allowed developers to short-circuit this chicane by converting certain office buildings into residential units, side-stepping the meddling of local councils, which seem hell-bent on obstructing the supply of new housing.

In certain parts of the UK, PDR provided a vital source of new homes, which is the main plank of the present Tory administration’s vain attempt to repair the UK’s festering housing problem. Although we are building circa 200,000 new homes per year, we need more than 300,000 to get anywhere near satisfying demand.

The Labour Party is concerned that many left-wing councils consider PDR an erosion of their autocracy and power base. Absurd as it sounds, they are blaming PDR for the lack of affordable homes.

In fact, the PDR initiative may have been too successful, since it has gobbled up office supply in some areas. This has underpinned, if not inflated, rents, which may be a beanfeast for commercial property investors, but is an additional burden on the business sector. With retail spending under pressure and high street trade declining, this may not be the most helpful repercussion.

Planning officers’ and local councillors’ politically motivated planning decisions have led to a constrained supply of new homes. As always with socialist-driven ideologies, the first to suffer are the most vulnerable groups who are desperate to clamber on to the residential property ladder from the rental sector.

Affordable housing in the capital and elsewhere in the UK will be a ‘handbags at dawn’ issue in the next election. Millennials may know nothing about the 1970s, other than flared trousers and long sideburns, but the reality was an economic disaster, as a militant Labour government inflicted a three-day week, power blackouts and the IMF crisis.

So if you are a gooey-eyed Labour supporter and think they will hand you benefits that you don’t deserve – in the interests of ‘fairness for all’ – beware of what you wish for.