Editor: Last month, the newly rebranded Department for Levelling Up, Housing and Communities (DLUHC) published the latest figures for housing completions, verifying what we already know – that the UK continues to build far fewer homes than it needs and we are still failing to tackle the housing crisis. 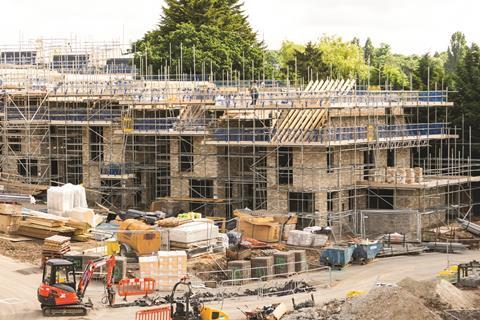 Many of the issues underpinning the housing crisis are complex, but those that are more straightforward to tackle aren’t being pursued with any real vigour.

Planning reform is the most obvious example; overhauled planning legislation should have been published last week, yet with the arrival of Michael Gove and political concerns, the pause button has been pressed again and we are no closer to solving the housing crisis. Instead, we simply continue to produce a dismal number of new homes.

We know that housing development is a political hot potato. However, the fact is that consistent failure to act has seen homelessness rocket; young people are still living with their parents into their thirties; and ‘Generation Rent’ have resigned themselves to the fact that they will never be able to own their own home.

In rural areas, we are seeing young people forced out of the places in which they grew up due to a lack of suitable housing, or housing at a cost well above their means. Reforming the planning system is an important part of tackling those problems.