With just 40% of Londoners expected to be homeowners by 2025 according to PwC, it is no surprise the current mayor of London, Sadiq Khan, and his team are focusing on how to help the capital’s growing army of renters.

Affordability is obviously a major issue: the Office for National Statistics suggests tenants in London spend nearly half their salary on rent. Clearly, this is unsustainable – we need to keep the key workers who make the city’s economy tick.

Yet the plans being considered by deputy mayor for housing and residential development James Murray to curb the number of premium build-to-rent (BTR) schemes may end up doing more harm than good.

There has been a lot of criticism about the rent levels charged by BTR landlords, both inside and outside the industry. Comparing like-for-like with your average buy-to-let (BTL) property is misleading, however – they’re entirely different products.

You won’t get the same access to amenities, round-the-clock service and maintenance or the same quality of accommodation in a BTL flat as you will in a BTR apartment. 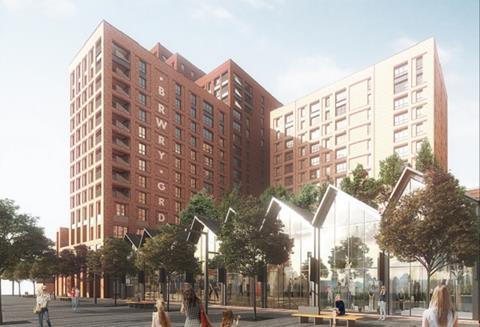 In a BTR block, you’ll be able to assure yourself of deposit scheme and agency fee compliance, prompt rectification of maintenance issues, upkeep of shared spaces, a friendly smile in the morning, someone to receive your parcels and often onsite events where you can meet your neighbours. Not much of this can be said for the traditional private rented sector, where standards are, at best, variable.

More fundamentally, the rationale behind limiting the number of premium BTR schemes fails to recognise that rents are not set by the developers and operators but instead by supply and demand.

Variety is a good thing and, rather than focusing on limiting the number of BTR projects coming forward, Murray might do better to encourage the use of discount market rent within the sector, eliminating many of the problems of traditional affordable housing by giving all residents access to the same amenities and entrances, meaning no ‘poor doors’.

Lastly, in the global war for talent, good-quality residential is an increasingly important deciding factor. This is just as true for London as it is Manchester, where we recently submitted planning for more than 500 BTR homes, or any other city in the UK.