Mayor of London Sadiq Khan’s announcement of a council housing programme set to deliver 10,000 new homes is the type of decisive housing policy his election campaign ran on. 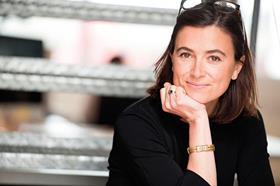 While it will be a mammoth task to deliver, the housing sector should applaud the aspiration shown. Emphasis must be put on the quality of the stock delivered and management of the new council estates, as poor management in the past has tarnished the perceived effectiveness of UK council housing.

It also goes without saying that communities must be put at the heart of any new housing estates built and the mayor should use this opportunity to collaborate and engage with a variety of stakeholders, from the public and private sectors, to ensure that what is delivered stands the test of time and improves Londoners’ lives.

Sadiq Khan’s programme to deliver 10,000 council homes in London over the next four years – a first for City Hall – is a welcome addition to dealing with the huge lack of social housing within the city.

The new council homes, funded by the £1.67bn Khan secured from government in the Spring Statement to dramatically increase the rate of council homebuilding in the capital can only be considered a good thing. It is no secret that London is struggling to deliver its housing needs. Most analysts agree that if London is to deliver enough homes, council’s will need to step up their game.

On average, London boroughs have been delivering around 7,000 affordable homes per year over the last few years. This is equivalent to 24% of all housing delivery across the capital. An additional 10,000 homes over four years will only make a small ‘dent’ into the need for 43,500 affordable dwellings per annum, as identified within the draft London Plan. Delivering the levels of affordable housing needed will require some radical solutions and a concerted effort by the Mayor, Local Authorities and the development industry.

Other cities such as Greater Manchester and Birmingham should be keeping a keen eye on the success of this scheme. In Greater Manchester, Andy Burnham has long argued that the city does not deliver enough affordable housing and will be keen to identify ways to bolster the supply.

While much is still to be done this is a notable first step which will undoubtedly be replicated elsewhere if it proves successful.