Productivity Plan is no great shakes

Phew, for a minute there, I lost myself. I got carried away in what some of the papers were calling ‘the biggest shake-up to the planning system in five years’ [‘Osborne sets out planning reforms’, 10.07.15]. 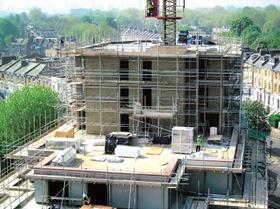 I can only assume those papers missed the National Planning Policy Framework, but I suppose there were rather a lot of other interesting things going on in 2012. But in comparison, the Productivity Plan [announced alongside the Budget] was more like a half-hearted rattle than a proper shake-up.

Don’t get me wrong, there’s lots of good stuff in there. The general principles will be welcomed by the housing industry (and, more importantly, those hardworking people the houses are meant to be for). The ability to intervene in sluggish local plans and ensure they reflect housing need is a major step. And the continuing steps to bring forward brownfield land must be acknowledged. But then these big-picture changes are contrasted against the right (inevitably subject to a fantastically complicated prior approval process) to increase the height of a house to match your neighbours’. I don’t see that allowing people the right to make their houses taller is going to solve the housing crisis, certainly not for those who don’t currently have a roof to extend.

Perhaps it’s the lack of detail in how these changes will be implemented that leaves me feeling unfulfilled. Although I also feel that some bigger opportunities were missed (or deftly ducked), like whether suitable greenfield land needs to be revisited as part of a package to boost housing delivery. And why on earth wasn’t the right to change office to residential extended when local authorities have Article 4 to protect their office supply?

The final question mark for me is, while tightening the planning performance regime is a welcome promise, there’s silence on resourcing for local authorities. Surely the corollary of a threat of punishment is the promise of reward?