The general consensus is that it is time for a major reform of the business rates system, but devolving responsibility to local authorities and giving them a choice as to whether to raise or lower the rates may not be the way to go (08.01.16). 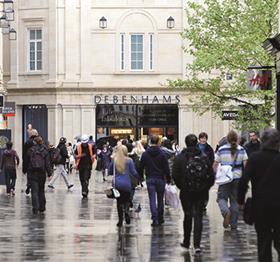 Nobody disputes the fact that if a business is allowed to operate and thrive in a particular area, it is only fair that it is required to contribute towards local infrastructure in the same way that each one of us is required to pay council tax. However, the proposed reforms may hit hardest those local authorities that are struggling to attract enterprise, effectively making the rich richer and the poor poorer.

George Osborne’s announcement to give local authorities free rein to cut or increase rates may exacerbate the demise of our high streets and lead to a reduction in new development and subsequently fewer jobs. A more sensible solution could be to cut rates across the board, even slightly, which would encourage new development, create more jobs and attract enterprise, which would in turn generate more taxes.

Landlords with premises in those areas where local authorities cannot afford to reduce rates will have to compensate for higher rates by reducing rents in order to attract tenants, which in turn will stall development. This may result in availability of poor stock only, which may further encourage tenants to set up shop elsewhere, again making the rich richer and the poor poorer.

The chancellor says these proposed reforms will help to build the ‘northern powerhouse’, but in reality they are likely to broaden the North-South divide.