Reasons to be cheerful in challenging times

Notwithstanding recent reports of increasing distress in the property market, things are certainly not all bad as we look into 2017 (06.01.17). 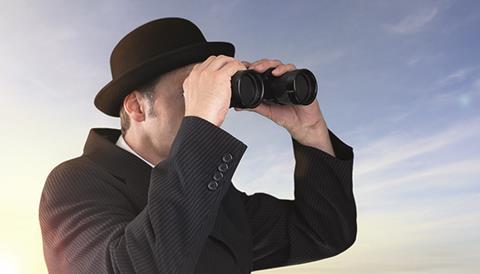 We are all accustomed to hearing about the uncertainty that has persisted following the Brexit referendum and how it has engendered caution in the commercial world, with many businesses shelving their plans to expand for now. The pound has weakened, making imports more expensive, and should Brexit result in higher import duties, many businesses will face higher cost bases.

Much has also been made of the rise in business rates due to take effect from April. Neither is there anything new in commentary on the effects of higher stamp duty, with some estate agents citing this as a cause of falling sales.

However, among this gloom, there are signs of real resilience throughout the market. Despite the rise in stamp duty, it is encouraging that figures published by the National House Building Council show that the level of new home registrations in 2016 was buoyant.

In the retail sector, there is a drive from retailers to innovate vigorously, particularly on the technological front, as the ascendancy of ecommerce continues. This has been borne out by a strong Christmas trading period in the context of the current economic climate.

The prevalence of online and mobile sales continues to fuel speculation about the role of bricks and mortar in the industry. The good news is that, while the traditional functions of physical stores are being reassessed, many CEOs and commentators insist that there will continue to be an important role for them, whether or not goods are actually purchased and collected inside them. For example, they could be set up to provide customers with a personalised, sensory experience beyond the capability of a smartphone in order to deepen their relationship with the relevant brand.

While the weakened pound is bound to create a headache for businesses, retailers have already seen a boost in sales to foreign consumers and one would expect it to make both commercial and residential property more attractive to the foreign market, even with Brexit terms yet to be negotiated.

Many lessons have been learned since the onset of the financial crisis and important legal clarifications offered, not least regarding the calculation of rent as an administrative expense in the aftermath of Game going into administration. One would hope these experiences might improve the prospects of landlords and tenants finding constructive solutions in the event that any tenants should experience financial difficulties.

Now that the government has given a clearer idea of its Brexit vision, at least some degree of comfort can be taken from the greater certainty this provides, which might inform strategic planning.

It is heartening, too, that the Bank of England’s latest quarterly Inflation Report, in which the Bank upgraded its forecast for UK growth, reveals that the economy is continuing to defy expectations of an economic downturn.