Refreshingly blunt – but perspective is needed 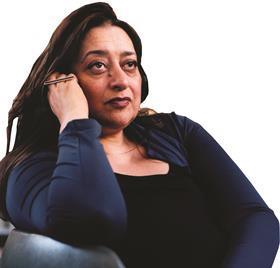 I make no comment about Zaha Hadid (who certainly cannot be held responsible for the plaudits she’s received since her death), but rather wish to put some perspective to his argument.

To accuse an entire profession of self-importance and snobbery ignores the significant - and often thankless - contribution made by architects to create better places for everyone, day in, day out.

There are some 35,000 practising architects in the UK, and the majority just focus on designing great buildings and places. Indeed, many work behind the scenes, often in an unpaid capacity, to move forward agendas and tackle issues that are central to achieving a positive difference to lives and livelihoods, from new homes to workspaces, streets and public spaces.

There will be an opportunity to appreciate the extent of this throughout June during this year’s London Festival of Architecture, demonstrating architecture’s relevance to London and its diverse communities.

I hope Alastair, like many others, will come along to the festival with an open mind and see for himself what the profession truly has to offer.

Thank you for the article by Alastair Stewart on ‘starchitects’. His comments were refreshingly blunt and to the point.

I also felt his comments were pretty accurate and I know a number of normal, unpretentious architects who could equally come up with the designs created by Hadid if given an open chequebook.

It certainly makes a pleasant change to having another PC article about equality in the property industry, or worse irrelevant letters mentioning discrimination against Hotmail addresses on CVs.

Upon checking, the reference to Hotmail discrimination was included in the 1 April edition so maybe it was a subtle April Fool.

Sending this as I am from my Hotmail account, rather than my business address, it is almost certain to be immediately deleted without being read - or maybe that’s an example of my preconceived ideas.