Editor: Now that Debenhams’ CVA plans have been approved by its creditors, the struggling retailer will eventually be able to close a third of its 166 UK stores to continue trading. 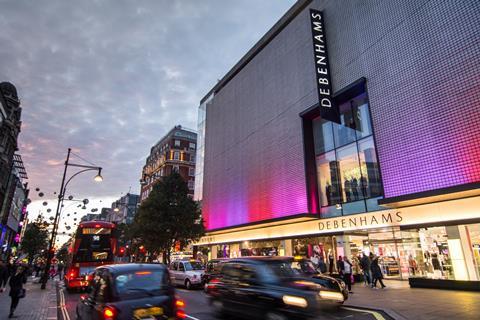 Despite disgruntled landlords, Debenhams claims the new arrangements offer better returns than going into administration, which in the case of business rates would mean a short trading period followed by store closures with no rates paid under empty properties’ exemption.

To some extent, Debenhams is right – stores are kept open, jobs are saved and at least some business rates are paid to fund public services. But at what cost has this been achieved?

Local authorities are creditors, so whether or not they agree with it or can afford to, they have to accept the terms of the CVA. We estimate that 59 local authorities will now receive only around half the business rates funds expected from Debenhams stores and as this money funds local services this will be a loss of £8.5m.

The implications of this are worrying. If, by using CVAs, retailers are let off some of their liabilities and the practice catches on, we may see local government funds compromised. Local authorities won’t have the funds they have budgeted for to run local services, already tightly stretched. Debenhams is just one store. What happens if Arcadia or similar follows suit?

On the commercial side, will we see the emergence of a two-tier high street with stores that have been run efficiently paying higher rents and rates than those that have not? Will the well-run be subsidising the poorly run? Is that fair or, indeed, sensible?

One could argue that if business rates had properly been reformed, Debenhams with its £71m annual liability would not be in the mess it is in now. But the government has done nothing to stem the tide and now it is the man on the street who has joined the long list of creditors.