The government needs to urgently take appropriate steps to counter the damaging effects that online retailing, and Amazon’s trading activities in particular, are having on our town centres and high streets. 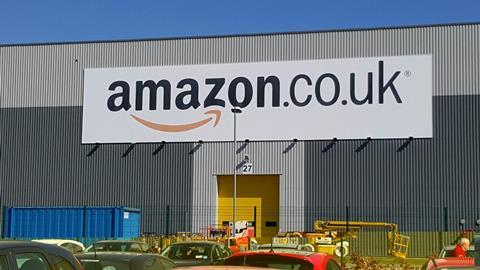 Despite talk about concerted international tax legislation to stop the US online behemoth ‘gaming’ the UK tax system, no action has yet taken place and by the time there is any co-ordinated international action, many more of our towns and cities will have been hollowed out by Amazon’s huge fulfilment centres.

Let’s start with the simple, achievable steps: a company selling directly to the public from a warehouse is not warehousing but retailing, so the business rates on its premises should be reassessed at retail value. The significant resultant hike in Amazon’s (and other retailers’) business rates – between threefold and fourfold its present bill – should be used to fund cuts in business rates for high-street shops.

All online retailers should be required to charge VAT at 25%, with government distributing the resultant surplus to hard-pressed local authorities to strengthen social services provision.

A public awareness campaign should be mounted, naming and shaming these mostly US firms that sell billions of pounds worth of goods in Britain, while avoiding hundreds of millions of pounds in tax by billing their UK sales through Luxembourg and Ireland. The public needs to understand that schools, hospitals, social housing, police and armed forces are funded entirely from tax. The tax avoidance schemes operated by Amazon, Apple, Google, Facebook and others cheat the British people and constrain improvements to our public services.

Award a responsible taxpayer certificate to decent British tax-paying retailers such as John Lewis/Waitrose, Marks & Spencer, Tesco, Sainsbury’s, WH Smith and so on, which can display this on their marketing literature, as some used to the Queen’s Award for Export (whatever happened to that excellent scheme?). Encourage the public to boycott these fraudster companies until they mend their ways or depart our shores.