TfL could learn a lesson in efficiency from Tokyo

True, but his next priority must be London’s transport system.

The incoming mayor should send Transport for London’s (TfL’s) senior executives to Tokyo to learn how a public transport system should be run.

Although eight million people live in Tokyo and 30 million work there, traffic volumes are light, jams minimal and the air is clean. There is no congestion zone.

All this is achieved by severely restricting the parking provision, while offering a superb public transport alternative.

Almost all the cars seen in central Tokyo are licensed taxis, offering a far superior service and lower prices than London’s vaunted black cabs. The drivers are courteous, always wear a jacket and tie, prominently display photo ID and keep their cabs pristine. 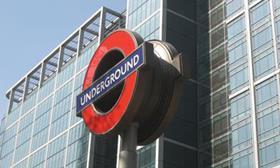 The city seems to have far fewer noxious buses than we have in London, and virtually no cyclists to impede the traffic flow.

Thirteen underground lines are used by nine million people every working day (minimum fare about 75p) and all the stations, trains and WC facilities are immaculate. There are no rubbish bins because the Japanese do not litter, taking it home if necessary.

If an overground train is more than five minutes late, a commuter is given a certificate by the train company to hand to their employer.

The road, rail and underground networks are being further enhanced ahead of the 2020 Tokyo Olympic Games.

If London is to retain its position as the world’s foremost city, we need to urgently address our traffic-jammed, noxious streets, replace diesel-engine vehicles, get cyclists off the arterial roads into separate cycle lanes and improve the cleanliness of our trains, stations, WCs and air quality.