The writing’s on the wall for planning reform

Editor: The gathering rumour that the government is finally about to consign the planning white paper to the dustbin is disappointing but hardly a shock. 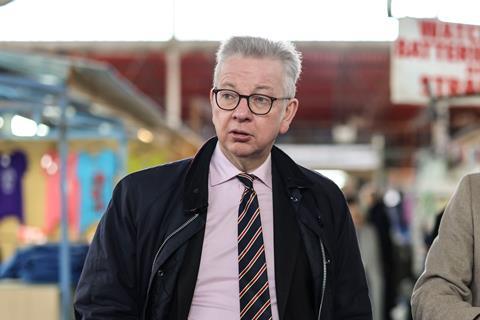 Backbench MPs have been given to understand that there will be no bill following consultation on the white paper published in August 2020, and that reform to the planning system will be through a series of ‘tidying-up’ measures that will be introduced via levelling-up legislation.

The writing has been on the wall ever since the Conservative Party lost a 16,000 majority in the Chesham & Amersham by-election in June 2021. Widely acknowledged to have been the result of its stated planning reform, the then co-chairman of the party said of the result that voters’ concerns had been heard “loud and clear” and that it represented a “warning shot”. The party would need to regain the trust of voters, she added.

So, it was no surprise when Michael Gove, secretary of state at the Department for Levelling Up, Housing and Communities, paused the reforms last September to carry out a review.

We all know that when a government decides to embark on a review of a programme that had been previously launched with an optimistic fanfare, the end is probably nigh, and so it appears.

It seems likely that among the victims of the review will be the introduction of Growth Areas, aimed at speeding up and simplifying Local Plans, and the new standard method for calculating housing numbers that would have baked in local constraints but would have delivered binding targets on local authorities.

There is a world of difference between the ‘tidying up’ now suggested, and the ‘radical reform’ proposed by the prime minister when the white paper was first released. Central to this was the government’s determination that the housing needs of the nation, and particularly of younger people, needed to be front and centre, irrespective of the political fallout, and that it was absolutely committed to delivering.

Eighteen months is a very, very long time in politics, and memories are, sadly, painfully short.