‘Use it or lose it’ policy could slow development

When a developer is granted consent, every single one of them bar none has at least three or four conditions precedent that require another consent before work can begin. 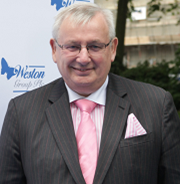 The only time a policy of this nature can even begin to be implemented is when all the consents necessary to enable a developer to start work have been granted.

You can only enforce on sites that have the ability to be developed. If they want to do it, they have got to remove conditions precedent from the planning system. This would help everyone to speed up development.

As long as the government provides a reasonable timeframe for building, I welcome the policy in principle because it will put pressure on land traders to trade that land more quickly to real developers.

In addition, how are they going to have a system that allows for a downturn in the market or another financial crisis?

The policy must be subject to a whole host of things to make it work, otherwise it could end up slowing development by bringing about a load of unintended consequences.