We must connect north’s thriving cities

Editor: At last, HS2 has been given the green light. 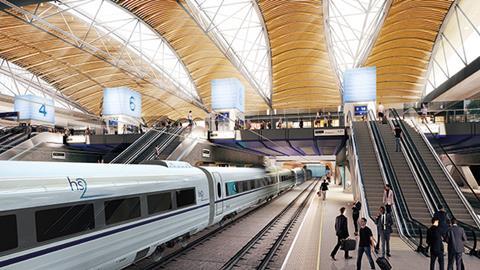 There has always been a good economic and social case. Transport investment has the power to transform the way future generations live, work and even think about the north. The often highly politicised arguments over HS2 have almost entirely focused on the costs, completing missing the benefits and opportunity to build a new northern economy.

Costs need to be brought under control and the money we spend on this once-in-a-lifetime investment spent well. For that, decisions and accountability need to be closer to the people who will have most to gain, and lose: to the communities, businesses and our political leaders in the north.

Last autumn, Bruntwood joined the panel of the Northern Powerhouse Independent Review of HS2. One of its key conclusions was that HS2 should be delivered by a special-purpose vehicle set up at arm’s length to the DfT, called HS2 North.

The other was that HS2 was not a standalone project but part of a modern transport network including Northern Powerhouse Rail and better commuter routes into and between our towns and cities.

This been accepted by the PM, who now wants to set up High Speed North to integrate projects across the north, push delivery on and keep costs under control. It must be set up in a way that properly balances power between Whitehall and northern institutions, businesses, communities and their leaders. If not, we simply replace one set of remote decision-makers with another.

By focusing on the evidence and the arguments, and working together across the north and Midlands, we have taken a big step forward in securing this major investment in infrastructure.

We must not squander this opportunity to create a network connecting the north’s thriving cities so that people, capital and ideas can flow more freely.

Get this right and we will enable the north’s cities to compete together against their global peers. As the UK strikes out on its own path post Brexit, this is more pertinent than ever.