We must create diversity of housing and tenure

The impact of the global financial crisis that led to the crash in the UK housing market in 2008-09 is still being felt a decade later. 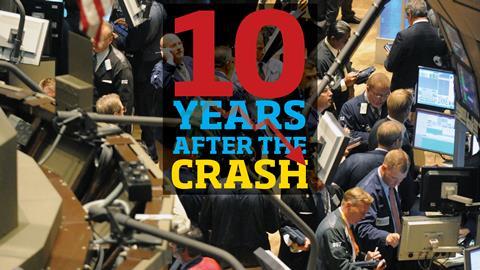 The crisis, initially sparked in the US by the collapse of funds loaded with subprime mortgage securities, set off the first global recession since post WWII. House prices dropped and transaction volumes fell off a cliff, while bank lending all but dried up.

Ten years on, house prices have recovered or exceeded their pre-crash levels in most areas, household debt has fallen and many factors that led to the collapse of the banks have been addressed.

However, with rising inflation, slow wage growth and low interest rates hampering savings, millions of people continue to struggle to get by. For many first-time buyers, owning a home remains a pipe dream and those looking to trade up also face an uphill battle, especially in London and the South East. Housing supply continues to lag behind housing need and the government target to build 300,000 new homes per year seems wholly unachievable.

Building a fair and robust housing market that can weather the continued economic uncertainty is nevertheless possible and the seeds of innovation to do so are there.

The significant increase in renters in the PRS has put a strain on the supply of good-quality rental stock and incentivised developers to build purpose-built schemes for rent.

The lack of suitable stock is also an issue in the build-to-sell market. UK developers are turning to modular housing to help address this. The likes of Berkeley Homes and Barratt are using modular housing in a few of their schemes while Legal & General has built its own modular homes factory to develop such homes on a greater scale.

One of the most significant developments over the past 10 years has been the re-engagement of local authorities in direct housing development. They have started using a variety of development arrangements and funding tools such as creating their own independent council-owned development companies or sourcing joint- venture funding partners.

Recent announcements such as the governor of the Bank of England’s ‘no-deal’ Brexit scenario suggest a rocky road ahead. Ensuring the housing market is able to absorb these shocks requires us to focus on addressing market fundamentals. Demand-based solutions such as Help to Buy have helped thousands of people to buy homes, but they have also played a part in inflating house prices. While progress has been made on the supply side, scaling our solutions is critical, supporting public bodies and developers to create a diversity both in the type of housing stock we build and the tenure it is available for.