We must do more to protect our world

Editor: One of my favourite spots in the city is St James’s Park. 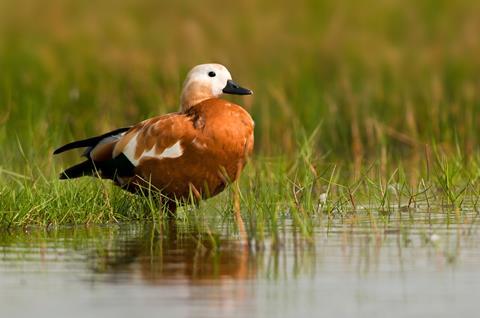 Recently I’ve become pals with a ruddy shelduck, who I suspect accidentally migrated there. He’ll now happily waddle up and say hello, but when we first met he was badly injured. Climate change has caused birds to begin their migratory patterns earlier than ever. Humans have altered the landscape, posing a serious threat to wildlife.

The built environment contributes about 40% of the UK’s carbon footprint, nearly half of which is from energy use by occupants in buildings. Our construction industry consumes around six tonnes of materials every year for every person living in this country.

LocatED buys and manages sites and buildings for new schools and works to improve the efficiency of the education estate for the Department for Education. In England, there are more than 22,000 schools in over 60,000 buildings and demand for school condition improvements is increasing. This is especially pronounced in the estate constructed between the 1950s and 1970s, which accounts for more than half of the entire condition backlog.

A school typically has 46% of its embodied carbon in its substructures and superstructures. When these buildings are refurbished rather than torn down and replaced, it significantly reduces embodied carbon throughout the construction process. Putting it plainly, that’s a big deal.

We also work to deliver school-led mixed-use schemes and projects that release underutilised land in the school estate for much-needed new homes. The capital from selling surplus land for housing is put to use improving the condition of schools and enables sustainability to be put front and centre during development. We implement myriad solutions, from recycled building materials to thermally efficient windows and energy-efficient electricity outlets.

With each of these measures, we help to move the needle forward to reduce carbon emissions by 80% by 2050. However, we must do more to protect the world in which we work, learn, live and share with creatures like my ruddy shelduck friend.